Wonderful in spots, Lyric Opera Virginia's "The King and I" still is a puzzlement. 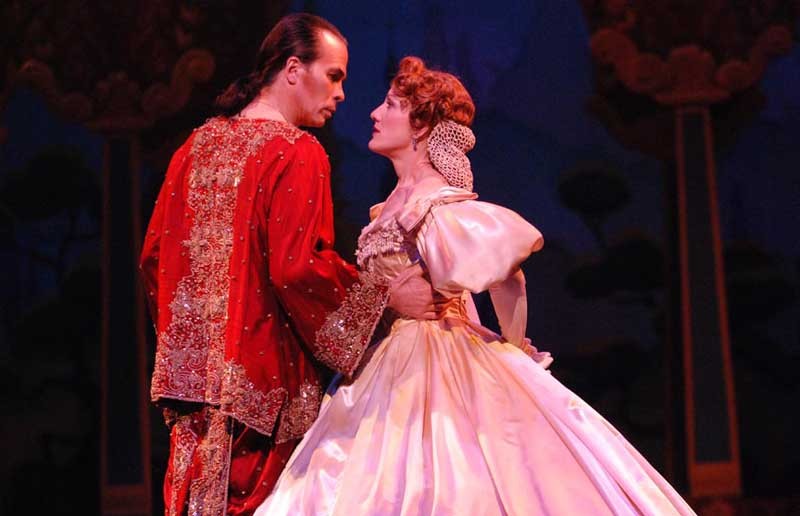 Anna Leonowens' post as teacher to the multiple wives and children of the King of Siam has been the subject of books, movies and a musical. Only after her death did the truth come out: The instructor was a fraud.

Leonowens did teach the king's family and lead a fascinating life, but she was the offspring of a poor British officer and a mixed-race mother in India, and not a Welsh-born lady, as she contended.

In any case, the most famous incarnation of her time in Siam is the Rodgers and Hammerstein musical, "The King and I," which is being staged by Lyric Opera Virginia. Set in 1860s Bangkok, the story follows Leonowens and the efforts of the King to implement Western education in Siam.

Lisa Vroman and Kevin Gray have excellent chemistry as Anna and the King. Gray makes the most of the swaggering monarch's mixed desires, trying to modernize his country while maintaining its old traditions. Vroman's Anna exemplifies the poise of a British lady while standing her ground against the King's tantrums and demanding conditions.

But, at least during the Sandler Center performance earlier this month, the show is marred by technical problems. Instead of individually amplifying the show's leads, Lyric instead uses a handful of inadequate floor microphones, rendering key moments of dialogue inaudible. This is especially unfortunate for Gray. The music for the King is written in a speak-singing style, a la Rex Harrison. Between the character's accent and the poor amplification, Gray is difficult to hear. With the exception of a retelling of "Uncle Tom's Cabin" within the show, Yuki Ozeki's choreography is either nonexistent or falls flat.

Colleen Kesterson does a wonderful job coordinating the show's beautiful costumes, especially with Vroman's handcrafted dresses. While leaving plenty of room for cute kids and laughs, Greg Ganakas' direction focuses strongly on the characters in the title.

Lyric Opera Virginia has assembled an enjoyable show, but it doesn't stack up against its excellent staging earlier this season of "La Traviata." S

Lyric Opera Virginia's "The King and I" plays Jan. 20 and 22 at the Landmark Theater, 6 N. Laurel St. Tickets are $42-$87. For information call 757-446-6666, or visit lyricoperavirginia.org. This review is based on the opening-night performance in Virginia Beach earlier this month.