A second generation returns to run one of Richmond’s restaurant empires.

Kyle Healy remembers the exact moment he decided to move home to be closer to his parents and siblings.

Driving back to New York from a happy family vacation, Kyle’s wife, entrepreneur Naa-Sakle Akuete said, “You know, I’m self-employed so I can work anywhere. The only thing keeping us from moving to Richmond is you.”

And Healy thought, she’s right. Let’s do it.

The moment is remarkable because Healy, at age 34, was leaving a 10-year career that began with interning and then producing for comedian and late-night host Stephen Colbert. And for what? To come to Richmond and run a restaurant.

Granted, it’s not just any restaurant. It’s the Housepitality Family’s collection of Boathouse and Casa del Barco locations, Richmond institutions started by Kevin Healy 32 years ago when he bought the Sunday Park restaurant in Midlothian.

At the beginning of September, Kyle joined his brother Colin and sister Paige to begin taking over the Housepitality Family business. The debut of Island Shrimp Co., their new tropical food spot in Chesterfield, shows that a former comedy producer, a musician and an outdoor leadership trainer can not only run a restaurant empire, they might even do it better than dad.

The Healys will become Richmond’s first family of the restaurant world — operating one of the largest restaurant groups in the city, and among the few moving into second-generation management. 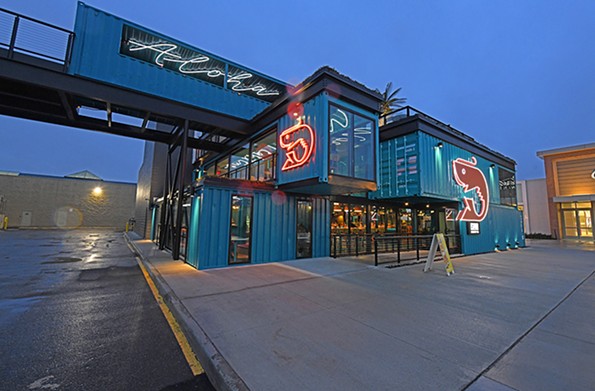 Paige, 32, was the first of the family to return home.

Those who knew her growing up describe her as an energetic tomboy, busing tables at Sunday Park. With an athletic build and loose blond hair, Paige is constantly in motion. She majored in outdoor education and leadership, with a minor in ceramics. The ceramics eventually won out.

“I’ve always been very passionately creative,” she says. “I wanted more opportunity for creativity and the Rocketts Landing location had just opened. Suddenly my dad went from a single restaurant owner to a team.”

This team of people was doing events, working on operations and opening new locations, she says. “The team concept was very interesting because there was a creative aspect: What does the menu look like? How do we keep enhancing it, how do we keep locations feeling the same? I knew I wanted to add to it.”

In early 2013, Paige left her job at a nonprofit in Wyoming and got serious about food. She moved to Italy and attended culinary school. In 2015 she returned to Richmond with an Italian husband, Gregorio Spinzo, who now runs Dinner in the Field.

“I didn’t think any of them would come back,” says Deana Chiocca, who has tended and managed the bars at Sunday Park (and Rocketts) since before Healy bought the place, when Paige was barely a toddler.

“They were always around, and they would help out wherever they could,” Chiocca remembers. “But then Paige had a good thing going out West. Kyle went up to New York and Comedy Central — how do you leave that? And Colin is so passionate about his music. Kevin and Peggy always encouraged them to make their own choices.”

Dad may have encouraged independence, but he was elated at Paige’s return.

“It’s every parent’s dream,” he says. “Friends would say, ‘You want your kids to take over, but Paige is majoring in outdoor leadership,’ and I’d say, ‘Gee, sounds like management to me, it’s perfect.’” 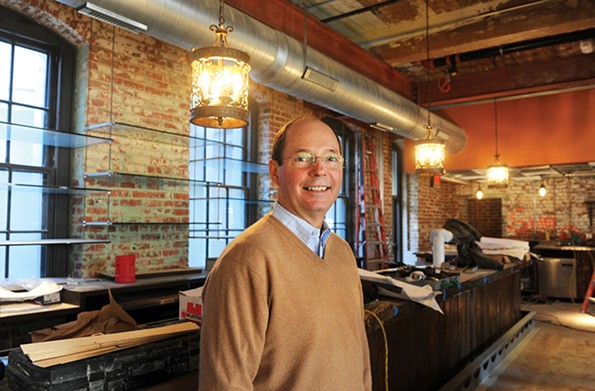 Colin had stayed in Richmond, holding down his half of Colin & Caroline, a music duo he started with high-school sweetheart, now wife, Caroline Mauck.

The two made some local headlines when pop star Kesha tweeted their cover of her song “Die Young” to her more than 3 million followers and they become YouTube darlings, their music featured on the Netflix show, “13 Reasons Why.”

But Colin began realizing a few years ago that while he could never abandon music, he wanted a more stable income than online music downloads. Now 29, he had been working off and on at the restaurants since he was 12, also doing some graphic design and recording work. The two also occasionally play in Boathouse restaurants.

“A lot of people consider the restaurant industry risky,” Colin says. “But when you’re coming into it from the music industry, it feels pretty safe.”

A musician with a quiet, almost dreamy demeanor and a perpetual soft smile may not seem obviously destined for the financial arm of the business, but his father saw it differently.

“Colin was our youngest, the first to grow up with all the technology,” Kevin says. “And in business now, programs and computers are what’s driving back-end operations. He’s a whiz at this stuff.”

When Housepitality installed a new accounting software program two years ago, Dad offered Colin an opportunity to join the company full time. He spent six months immersed in learning and implementing the new program, then moved to overseeing the financial team.

When Kyle mentioned a few months ago that he was seriously considering moving to Richmond, his family sensed a tectonic shift.

“The pull of a family business is strong,” Kyle says. “And after 10 years of doing anything, if it’s not as exciting to you as the day you started, it’s time to look around. I was appreciating my family more and more, and we decided that if we moved to Richmond we could have something really special.”

Paige felt it too. “We all have different superpowers, and when we come together we are like Captain Planet,” she says.

“We’ve been trying to get my brother to move down for 10 years,” Colin says. “The three of us are a very strong unit. We’re about to kick into high gear here because we are all back together.”

Kyle’s take on the superpower reunion invites a laugh.

“Hopefully they like having me back down here,” he says. “They always said they missed me so now we can put that to the test.”

The Housepitality Family’s success has been based less on creative cutting-edge food and more on Healy’s early training in chain restaurant management and his ability to anticipate trends. For example, he located the Boathouse at Rocketts Landing far before the area was trendy. As the first retail business, it pulled in other development.

Healy is an operations specialist who loves checklists and extensive training programs, making sure that every guest’s experience — from the garnish on an oyster sampler plate to the polished front door to the dining room music settings —is exactly right and exactly the same each time.

“Checklists are a good example of how to create efficiencies to run a better business,” says Matthew Adler, a former chef and now owner of MRA Culinary Solutions consulting firm in Washington “That’s more important today because restaurant profitability is lower than ever.”

For example, guests can slip a colored coaster-sized card into a wire stand to catch a server’s attention. And they fill out their own orders on pre-printed paper menus. These small tweaks help each server manage a greater number of tables, while maintaining a high level of service for guests.

“This can involve maximizing technology, like a guest orders through an iPad, electronic order system or orders through an app ahead of time,” Adler says. “That reduces that touch point and having to pay an hourly rate to someone.”

Another trend evident in Island Shrimp’s design is architectural — the use of freight containers in the building. Freight containers are a modern and sustainable building material gaining traction in London, New York and other major cities, but firsts for Richmond.

The Island Shrimp team also went on research trips to taste dishes on menus from Hawaii to Jamaica.

“I don’t know anyone else who does that, sends the chef traveling,” says Bryan Gradwell, who has been the Performance Food Group’s salesman for the Boarthouse for 20 years. “In the early days, Kevin would take all the employees up to D.C. or somewhere to try out different restaurants for a day. Kevin is always looking ahead, into the future.”

“My dad said, ‘Let’s open a place based on shrimp, it’s the number one seafood seller,’” Paige says. “And then he totally gave it to me. It was the right time for me to take the reins. I was hungry for it.”

The kids are ready to jump in, but the ownership transition will be slow.

At age 65, Healy isn’t ready to fully back away just yet. Partly because his heirs, especially newcomer Kyle, still have a lot to learn. Kyle is tall, like his dad, and he has his dad’s deadpan sense of humor. He’s coming up to speed by rotating through all the restaurant departments, including serving, hosting and bartending.

“I always thought bartending was about mixing and serving drinks,” he says. “I never realized how much of it is wiping. Wiping and cleaning.”

Colin is the chief financial officer and Paige is the chief creative officer. Kyle jokingly titles himself trainee-in-chief.

“This is the first time I’ve worked with my siblings professionally and it’s given me a whole new way to appreciate them, not just as a nice brother and sister but as savvy businesspeople,” he says. “Every time I walk into one of the spaces Paige has designed, I’m blown away. And watching Colin go through the week’s financials, talking about cost of goods sold, profit and loss, I can’t believe this is my little brother.”

Another reason for a gradual transition of ownership is that the family wants to craft a business agreement that gives Healy back the value he has invested in the business. In other words, the kids must earn the company — it’s not a free lunch.

Healy also wants to make sure there are no surprises for his longtime management team, for whom the average tenure is 17 plus years.

“I don’t plan to be less involved,” Healy says. “I just intend for the kids to be more involved.”

So far, many at Housepitality sound downright excited.

“We’ve all been very impressed,” says Deana Chiocca. “I see more of Paige than the others and she is just fantastic. Her vision and design have really taken hold. How could Kevin and Peggy not be proud? Your kids go off and do their thing and then come back.”

Apparently, the family that works together stays together. The Healys not only share a business, but they and their spouses plan to continue their tradition of taking a big family vacation together every year. Healy echoes his children’s enthusiasm when he talks about what the future holds.

“I’ve been doing this for a long time, but now I kind of feel like our group is only just getting going. There are so many possibilities and so many directions we can go. It’s very exciting.”