In which a reporter is utterly defeated by romantic pianist Jim Brickman. 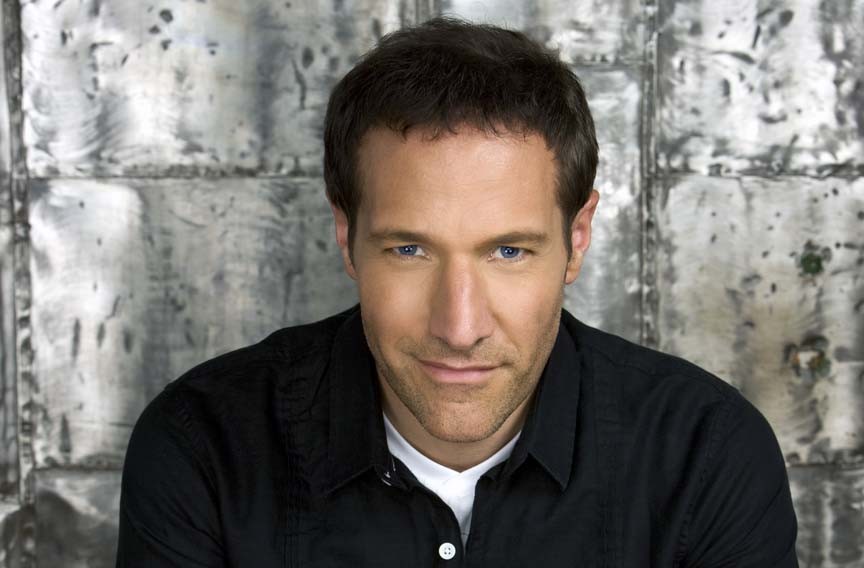 Jim Brickman is the Thomas Kinkade of music.

The 51-year-old musician is one of the top-selling contemporary solo pianists, releasing albums with titles such as "Joy," "Faith" and "Beautiful World." He's known as "America's romantic piano sensation." Brickman is dolphins and puppies and candlelight flickering in a snowy cottage window.

Which leaves me wondering: What's his game? Who is this guy, really?

We sit on the empty stage of the Carpenter Theatre, next to the gleaming piano he'll play when he brings his holiday concert to Richmond on Dec. 6. He calls his show "a musical, sharing conversation." He speaks in a voice that can be described only as mellifluous. He mocks himself. He even winces charmingly.

And I discover that I cannot break Brickman. In fact, I just might be falling in love.

Style: People are a little obsessed with you — they want to know more. I was Googling your name, and popular searches popped up: "Jim Brickman love life," "Jim Brickman personal life."

How do you deal with that?

It doesn't come up that often, honestly. And I think the reason is because the first point of entry, for most people with me, is my music. ... Because it started from the art, the persona is sort of secondary. I mean, people, they tease me about it. ... They'll say, "You're so romantic! How come you're not married?" or something like that.

If you listen, [my music] says everything you would want to know about me, you know: sensitive, somewhat guarded, but very emotional. It's just like the music, because that's where it's coming from. And I find it easier to play my feelings than talk about them.

When your fans are talking about your music, they get a little misty, and they smile, and they say, "That one song ...." What makes you feel that way?

I'm touched when I hear another great song. Especially now, lately, I think because of my age, I am much more aware of the music that influenced me and why I play this particular style. And because I've gotten the chance to work with some of the people I admired growing up, I go back quite a bit to listen to that stuff and see why certain things influenced me the way they did. And then I can hear it in my music.

Which artists are you talking about?

Mostly great singer-songwriters. Primarily Carole King, some Joni Mitchell, Carpenters. ... Primarily words and music, sung by somebody who knows what they're singing about and who is telling a story and communicating. ... Those kinds of things where it was true to life but it was also a good song. It wasn't just, you know, waxing poetic for your own enjoyment, which I resent so much in artists, when they're like, "Come watch me do my thing" instead of sharing. To me, you're doing it to share.

I think when most people think of showmanship, they think of more flash and charisma.

You're coming to see me because it's an emotional, calm, beautiful evening. Not because there's going to be pyrotechnics.

Do you ever just want to rock out?

I don't [laughs], I really don't. I don't think I can pull it off, so it's just as well. Because when I try, it just looks dumb. You have to be who you are, I think. S

Jim Brickman performs "On a Winter's Night" at the Carpenter Theatre at Richmond CenterStage on Thursday, Dec. 6, at 7:30 p.m. $30-$75. For information, call 592-3400 or visit richmondcenterstage.com.