On one of Richmond’s biggest weekends for jazz, two acclaimed stars show their voices in different ways. 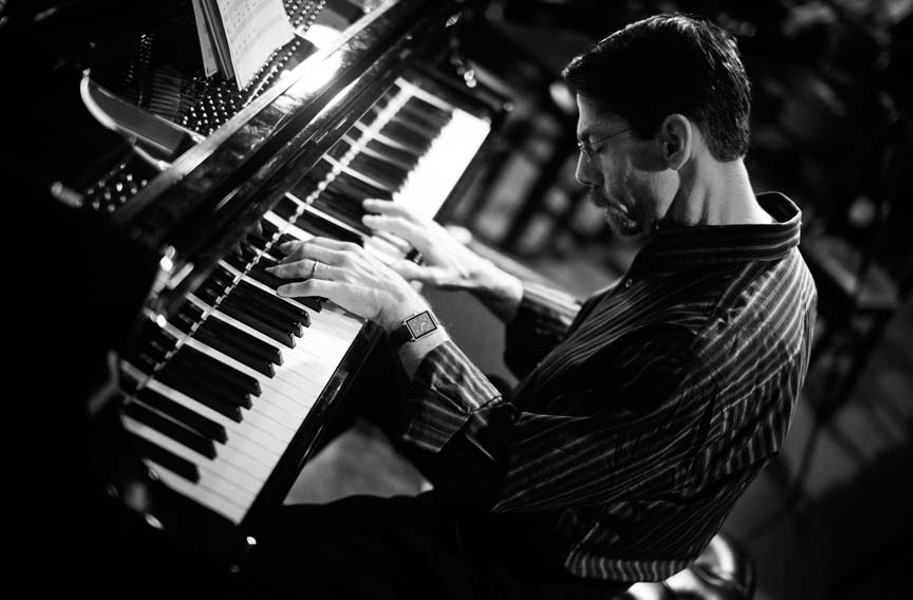 Mark Niskanen Brilliant jazz pianist Fred Hersch returns with his trio to the University of Richmond after his scheduled performance in early February was canceled because of snow.

One was the dizzyingly inventive "Whirl," dedicated to dancer Suzanne Ferrell. The other was "If Ever I Should Leave You," a gently lovely, seldom-covered song from the Broadway musical "Camelot." The rest of the program, a set of big-band arrangements of Hersch's compositions ably performed with the student Jazz Orchestra, has faded in memory. But Hersch's turn alone at the piano was unforgettable.

That brief interlude of focused brilliance promises to be fulfilled when Hersch returns to town with his trio Sunday, April 13, at the Modlin Center, a rescheduled performance from the last snowstorm.

For 30 years, Hersch has been one of the most consistently innovative and interesting pianists in jazz. His poetic balance of beauty and propulsion is documented in roughly 30 albums as a leader. There are solo albums, richly harmonic balances of poetry and propulsion executed with classical precision. He's a bracingly original interpreter, with albums completely dedicated to the compositions of Bill Evans, Thelonious Monk, Billy Strayhorn, Tom Jobim and others. There are duets with guitarists Bill Frisell and Julian Lage (his current release and one of the best records of 2013). There's also a concept album based on Walt Whitman's "Leaves of Grass," one with his bass-free Pocket Orchestra. That's not to mention his collaborations with many great vocalists.

"His artistry and creativity are astounding," says René Marie, the renowned former Richmonder who performed a duet set with Hersch at the Jazz Standard in New York a couple of years ago. "Musical ideas spill out of him, toppling over one another. … I ended up just staring at him in amazement, lost in what I was hearing, completely forgetting I was supposed to be singing."

Hersch calls Marie a first-rate musician. "It is extremely difficult to be an effective partner," he says. "Whatever one person does has to affect the other. There are a lot of singers — and sax players — who don't listen. You might as well be playing along with a record."

Hersch describes the trio he brings to the Modlin concert, with drummer Eric McPherson and bassist John Hebert, as the right thing for him now. "I have a wide-ranging repertoire," he says. "I need people who can be loose but also precise, who can play highly structured material as wells as playing wide open. What attracts me is almost chemical, a sense of rhythm and instrumental color. John and Eric are capable of challenging me, and somehow we just relate musically."

The group came together in one of the most amazing comebacks in modern music. In late 2008, Hersch, who'd long suffered from AIDS, fell into a coma that lasted two months. His survival was a long shot but his recovery, with undiminished virtuosity, was miraculous. The recordings that followed — including "Whirl" and "Alive at the Vanguard," featuring the current trio — are among the finest and most adventurous of his career. Hersch's near-death experience serves as the basis for his lauded jazz-theater piece, "My Coma Dreams."

In the only recorded piece from that play, "Dream of Monk," fragments of Thelonious Monk's creative DNA mutate and recombine into a whole that's simultaneously familiar and fresh. "We do something by Monk in almost every set," Hersch says. "To me Monk's music is very tightly constructed, incredibly rhythmic and full of harmonic challenges. It gives a lot to play off of. There is nothing else quite like it."

"But you don't want to get into the trap of playing like Monk. That would be a disaster. You need to find your own voice within Monk's music," Hersch says. "That is the art of interpretation, be true to the source but tell your own story." 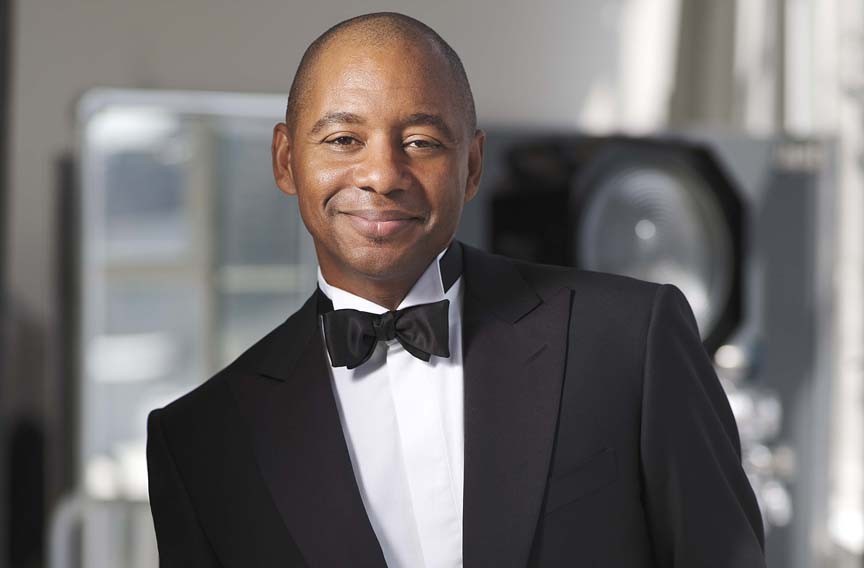 As luck would have it, another famous jazz musician who tells his own story is playing here this weekend too: Branford Marsalis.

The saxophonist promises three things to those who attend his Modlin performance: "intensity, melodicism and spontaneity."

The eldest son in a jazz dynasty dedicated to preserving "America's classical music," Marsalis' crossover strategy is the opposite of the neo-traditional purism of his brother, Wynton. Branford has played with artists as wide-ranging as Sting, Public Enemy and the Grateful Dead.

"The hardest skill to acquire in switching genres is the ability to make it sound authentic," Marsalis says. "Given that all forms of Western music use the same 12 notes, much of the difference is in delivery, or syntax. … You have to assume the identity of the style you're trying to play, and learn to love it on its own terms."

While the Branford Marsalis Quartet is a conventional horn and rhythm section combo, the music realizes its leader's adventurous diversity within the cohesive context of a long-established, improvising ensemble.

"We play music for a living, and spend a lot of time on planes or trains," Marsalis says. "The future of jazz is entirely contingent on the musicians who choose to play it. If we get talented musicians, the music will be fine. If we don't, it will not. Record companies cannot save music; only musicians can do that." S