The Instant Pot is Here to Stay 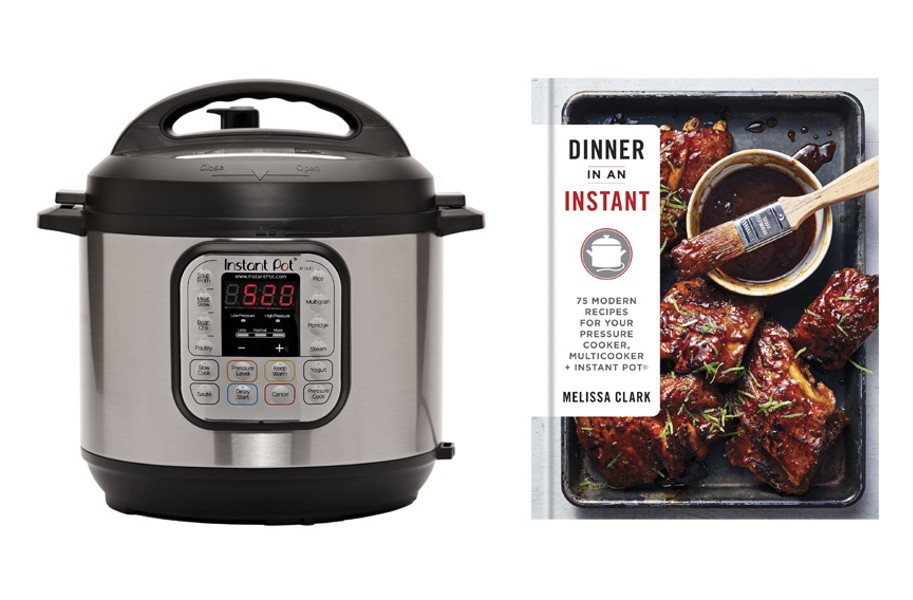 Is the Instant Pot trend over? Absolutely not — if anything, it’s stronger than ever.

The Instant Pot has been going strong for more than a year now. I've been skeptical. I've been slightly contemptuous. I wouldn't have even considered it unless one of my favorite cookbook authors, the New York Times' Melissa Clark, hadn't written a book specifically for it. Clark wrote an article last year that detailed her own doubts and eventual conversion. This led to a book deal.

So, what could I do? How could I resist? The Instant Pot company sent me one to try and I bought Clark's "Dinner in an Instant: 75 Modern Recipes for Your Pressure Cooker, Multicooker and Instant Pot."

I'm sure some of you are confused because you don't even know what an Instant Pot is. Honestly, before Clark's story, I had no clue either. I saw it on the internet and thought it was some kind of souped up slow cooker and that didn't interest me very much. I know, I know — people love those things, and what I'm about to say will be controversial.

A few years ago, I compared four different kinds of slow cookers — and wasn't impressed. At all. Except for chili, each of them seemed to drain the flavor out of the dishes I tried so that the only things left in the pot were faintly flavored broth and fiber formerly known as meat or vegetables. My family came to dread these slow-cooker meals, and even when I moved the one I was testing behind the wicker couch on the back porch, they knew exactly what was going on when the food arrived at the table.

But the cookers did make really good chili.

However, the Instant Pot is not only a slow cooker, but an electric pressure cooker, rice maker and you can saute meat and steam vegetables in it. And there's more! You can also make yogurt and kefir. And bake diamonds in it. Probably.

Now, I have a stove-top pressure cooker that I adore and a killer rice cooker. I gave away my yogurt maker a while back, and I regret it a little bit. If I could replace all of these with a single machine, it would make my family, who thinks I own too many space-hogging small appliances as it is, ecstatic. Or at least happier.

Let me begin by saying that I didn't initially read the directions to the Instant Pot. It has so many nice, well-labeled buttons that I thought I could easily wing it. This meant that there were a few frustrating moments that included the machine turning off midrecipe. Lesson No. 1: Read the directions.

I started — once I got the hang of it — with Vietnamese caramel salmon (page 76). Clark admits that she usually makes this in a skillet but says it "cooks beautifully and very quickly in the pressure cooker." It does cook quickly, but it also cooks quickly on my stove. And although it was tasty, it took far more than the three minutes Clark claims to reduce the sauce. My stove won out. Moving on.

Next up, coq au vin rosé (page 60). Even though I now knew how to work the machine, I may not have been entirely fair to Clark. I thought I had pearl onions in the freezer, but I couldn't find them that night, although they turned up a week later. I also didn't have any brandy or the 3/4-cup of diced pancetta — but I did have around a 1/2 cup, and it turned out to be enough fatty pork to jack up the flavor of dish the way it was intended. Ordinary diced onions were fine, but it's nice to pop those little pearl ones between your teeth. Again, the dish was good, yet my problem with the recipe was the fussy way the onions and mushrooms had to be sauteed separately from everything else and added later. It tacked on at least another 10 to 15 minutes to the preparation. Why not saute everything in the beginning and cook it up together?

The Instant Pot excelled when I made Clark's garlicky Cuban pork (page 35). Tender, gently falling-apart pork shoulder was ready in less than two hours as opposed to the three or four — or more — it would normally take. Clark's recipe is pungent and surprisingly well-salted — I blanched at the 1 1/2 tablespoons of kosher salt, but it absolutely worked. I plan to put this dish in my weekly rotation — it really was that good and that easy.

And yet, I must offer one caveat: The Instant Pot never bested my stove-top pressure cooker. And rice came out fluffier in my dedicated rice cooker. But, the rice aside, I think if you're like me and find it impossible to plan ahead more than an hour or two, this might save dinner. And a lot of people fear stove-top pressure cookers — unfounded, by the way, since modern ones won't blow up on you — and this electric version, quietly sitting on your counter like a small, slightly steaming R2D2, is reassuring. And those who are fanatically opposed to using a plethora of pots, pans and appliances will like the way it keeps everything constrained to one thing and one thing only.

As for the slow cooker function? Please don't make me roll my eyes. Why would you cook something for 12 hours when you can have it, steaming redolently from your plate, in about 30 minutes?