Her City Council victory caught City Hall off guard. But who is Michelle Mosby? 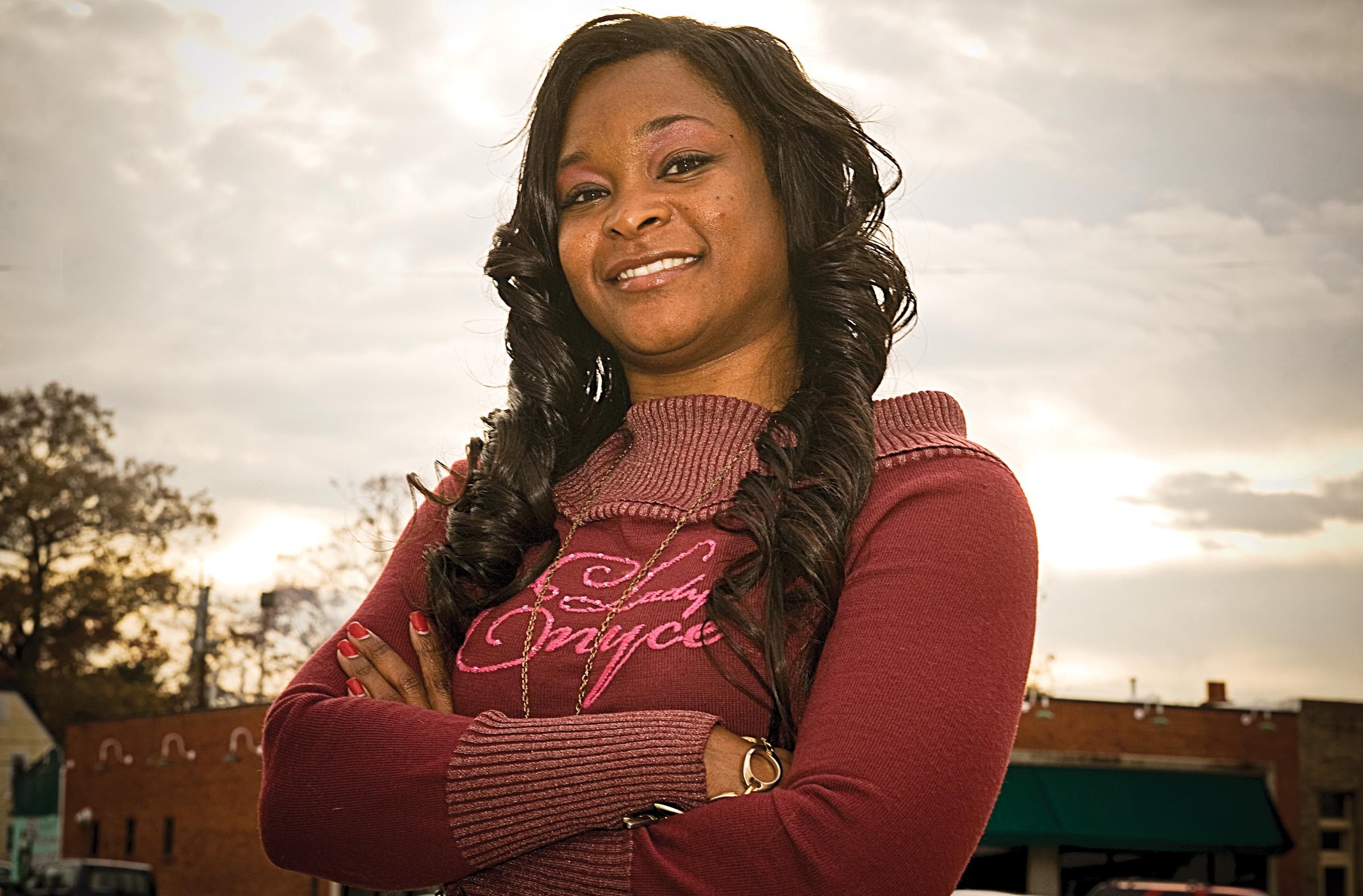 Michelle Mosby cried when she found out she was elected to represent the 9th District on City Council. "We were like newborn babies," says Mosby, 43. "I'm glad the media wasn't there; it wasn't a pretty sight."

Reporters and cameras weren't there because the race wasn't considered competitive — nobody seemed to think Mosby would come close to winning. A political newcomer who started her campaign with $250 and 25 lawn signs, she took on veteran Councilman Doug Conner. Despite a fleeting controversy about whether he properly resided in his district, he was a relatively uncontroversial character with a $40,000 budget and the backing of city establishment types.

Mosby, who took 64 percent of the vote, says she was caught off guard by her decisive victory. She wasn't the only one. Mayor Dwight Jones' aides candidly admit the administration wasn't expecting much in the way of a contest in the 9th District, which covers South Central Richmond. "Bluntly, I didn't see her coming," says Jones' senior policy adviser, David Hicks. "The election was what it was, but knock on wood, I try not to get caught by surprise too often, but this is an instance in which I was."

Now, Hicks and other city politicos have found themselves scratching their heads and wondering just what to expect from Councilwoman Michelle Mosby.

"Each new council member comes in and they have to establish a style and priorities — whether it's going to be more on the constituent-service side, advocacy side or policy-development side," says Thad Williamson, an associate professor of leadership who specializes in urban politics at the University of Richmond. "It's pretty much a blank slate, and that could be a good thing — nobody is going to be putting her into a box at the start."

Mosby, meanwhile, says that while she may be a mystery to the city at large, her focus and priorities are no secret to her constituents, whom she courted one-on-one in the months leading up to the election. Mosby says she knocked on at least 5,000 doors during her campaign. On top of that, as a community activist and local businesswoman, Mosby has been known in her neighborhood for years.

A real estate agent, Mosby also runs International Hair, a salon on the corner of Forest Hill Avenue and Westover Hills Boulevard. The shop is sandwiched between Maldin's Ristorante and an Asian food store in an unassuming strip mall. Inside, men get haircuts toward the front of the store while women sit in rows of chairs in the back, chatting under hairdryers.

Mosby opened the salon in 2001, but not because she knows anything about doing hair. (She doesn't.) She wanted to give ex-offenders, people getting out of jail or prison, a place to work and learn a trade. She says she was sick of seeing rejection letters pile up in the mailboxes of friends and neighbors who were trying to turn their lives around.

"They can come home," she says, "they can build a trade here and begin to care for their families."

For similar reasons, Mosby co-founded and directs Help Me Help You, a nonprofit foundation dedicated to easing the transition from incarceration and reducing rates of recidivism. Among other things, the group provides family counseling and GED tutoring.

It was her advocacy work that initially led Mosby to run for City Council. During the debate over the city jail, Mosby approached council about simultaneously introducing new programs to help reduce recidivism.

"Mr. Conner was there and he told me to get with him but it never really happened, and I began to feel like, perhaps, the district just needed someone who could relate just a tad bit more," Mosby says. "That ended up being the pushing factor for me to run."

Through her door-to-door campaign, Mosby steadily built support, but her biggest single breakthrough came from the city's Democratic Committee, which unexpectedly decided to back her run for office.

"Trust me, her winning that endorsement was not intended," says 5th District Councilman Marty Jewell, who lost his own race to Parker Agelasto. "The mayor was supporting Doug Connor but she gave a two-minute speech that blew the doors off everyone — a lot of the mayor's people peeled off. It was a fluke."

"The speech was just: Make a good, solid decision … and not just based on favor to favor, not based on you scratch my back and now I scratch yours," Mosby says.

Her message resonated. Now Mosby is pledging to make sure every piece of legislation that comes across her desk is in the interest of her district and the community. "I am a question asker," she says. "I am a highly inquisitive person. I'm hoping that with this council, it won't just be me asking questions." S