The India of Maharaja

What goes around comes around in VMFA's latest exclusive. 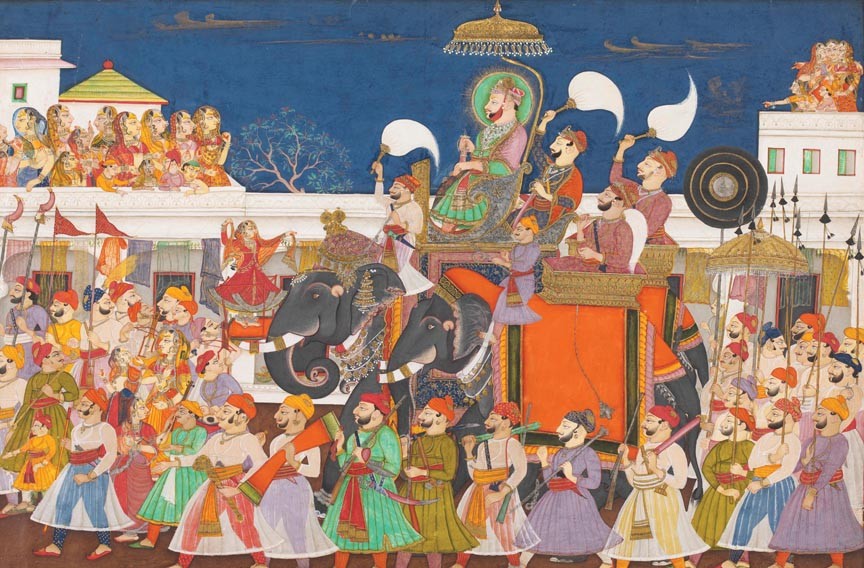 At least a decade ago the pundits began shouting that Americans' livelihood and even survival depended upon their response to the growth of China and India. The mantra from some business quarters since has been, "Skip China, go to India!"

Before we let any of it scare the bejesus out of us, we should take a deep breath and head straight to the Virginia Museum of Fine Arts for "Maharaja: the Splendor of India's Royal Courts," the traveling version of the Victoria and Albert Museum's 2010 London exhibition.

As the only East Coast venue for the exhibition, it undoubtedly will get a close look at not only the lavish art created during the transition of the Moguls' empire into regional Indian states, but also an indirect look at the changing European world from the early-18th through mid-20th centuries, when England and France had to come to terms with a new political and commercial reality regarding India.

A world whose commerce and art — strongly related here — are in flux wasn't so different from our own. To go beyond pomp peeping and the celebrity culture of over-the-top items from royal-court lifestyles, read the text accompanying the exhibition. The super-glitzy objects shown don't just represent the glamour of great kings who had more money than god. The show also reflects their adapting to the huge historical changes swirling around them while perpetuating Indian taste through art objects created for European buyers.

A lot of the show's objects fall into the patronage-creation category, such as Ranjit Singh's golden throne (circa 1820). "Maharajas have traditionally been big supporters of the arts, which predates the period of this exhibition," says Shantaram Talegaonkar, a local Indian-art collector who's serving his sixth year on the museum's board of trustees. "Here we get a glimpse of the period when not only Indian art but a lot of Indo-European art was commissioned."

Talegaonkar also notes that Charles Cornwallis — who headed east after his fateful 1781 defeat for the British in the climactic Revolutionary War battle at Yorktown — is a direct link between Virginia and India's heritage. We find the connection in a section of the exhibition devoted to the Kingdom of Mysore and its famous ruler, Tipu Sultan. "It was for his subjugation of Tipu in 1792 that Cornwallis is most remembered in his Indian incarnation," says John Henry Rice, the museum's associate curator of South Asian and Islamic art and a coordinating curator for this exhibition.

Among the objects in this show supposedly owned by Tipu is a pair of flintlock pistols, which Rice refers to as a good example of Tipu's "innovative use of both Indian and European military technology. He commissioned flintlock pistols, introduced to his court by French mercenaries in his employ."

The earliest contact between European and Indian rulers demonstrated mutual interest in each other's rare and exotic goods. "Objects revealing the transfer of eastern and western notions of kingship are rife throughout the exhibition," Rice says. A gleaming 1915 silver carriage is a good example of this, demonstrating "the artistic interest and involvement of the Maharaja as well as the innovative spirit of the Fort Coach factory in Bombay, [Mumbai, where it was made]." 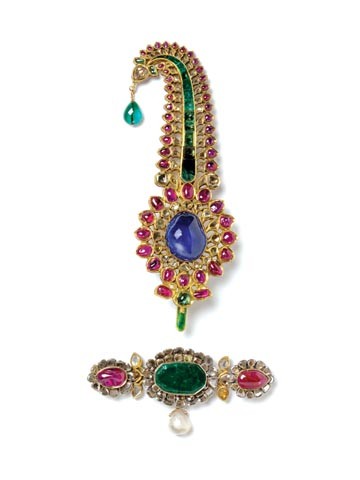 A bejeweled, feather-shaped turban ornament, called a sarpech, makes an appropriate signature item for the cover of the exhibition's catalog, as ornaments such as this "were given as symbols of royal favor to select noblemen and not reserved for a ruler's exclusive use as in the earlier Mogul courts," Rice says.

For more on all of these themes, re-visit the museum's permanent collection, housed in the McGlothlin Wing, where one of the nation's premier Indian-art collections resides, with more than 300 objects from the length and breadth of the Indian subcontinent and more than 3,000 years of its history. The Sydney and Frances Lewis Collection of Decorative Arts also houses noteworthy art deco objects related to art in the exhibition. S

"The Maharaja: the Splendor of India's Royal Courts" will be on display at the Virginia Museum of Fine Arts, 200 N. Boulevard, starting May 21. $15 admission ($12 for seniors, students with valid identification and groups of 10 or more). Free for members. For information go to vmfa.museum or call 340-1400.