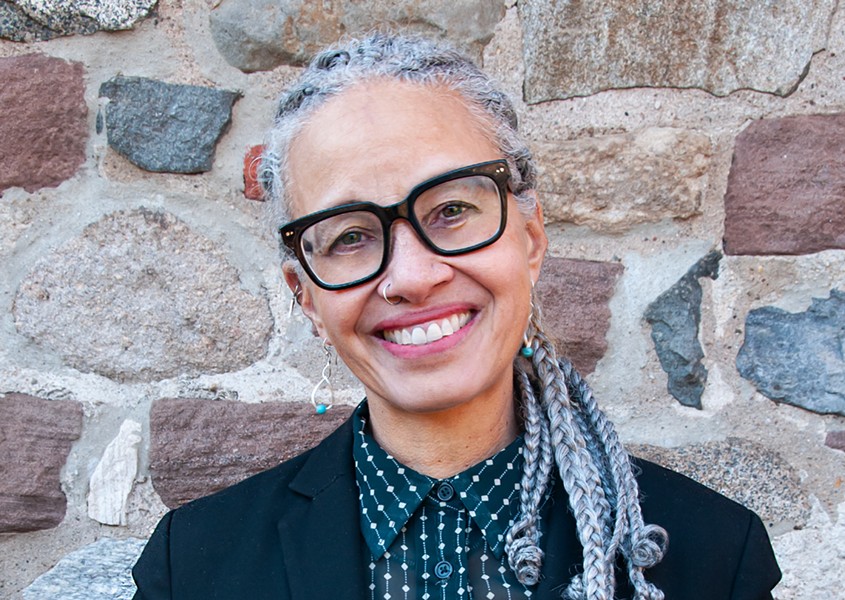 Courtesy of the author Journalist, author and educator Linda Villarosa is an award-winning writer at The New York Times Magazine and a contributor to the 1619 Project. She will speak at the James Branch Cabell Library at VCU on Thursday, Oct. 27.

One of the most common medical myths about Black people is that they have a superhuman tolerance for pain. Not surprisingly, that fallacy has roots in slavery and was used to justify the cruelties and torture that went with the institution.

Physicians and scientists, some of whom owned enslaved people, used false science to codify these myths to keep slavery in place. Buying and selling human beings, making them work for free and forcing them to have children, or future enslaved people, was the economic engine of the South and other parts of the nation.

Journalist, author and educator Linda Villarosa, whose work focuses on disparities in health care, is an award-winning writer at The New York Times Magazine and a contributor to the 1619 Project. Her new book, “Under the Skin: The Hidden Toll of Racism on American Lives and on the Health of Our Nation,” will be the topic and Villarosa the inaugural speaker for a new VCU Libraries lecture series exploring social justice issues.

Villarosa chose to focus on racial health disparities, particularly the health of Black Americans, when she became the health editor of Essence Magazine in the late 1980s. “It was my role to teach our readers, Black women, how to care for themselves and their families,” she explains. “I knew that then, as now, Black people had much worse health outcomes than other Americans and I wanted to do something about it.”

No one seemed to be addressing the problem. In 2003, a panel of experts published a scientific book titled “Unequal Treatment,” that documented evidence of people of color, especially Black people, receiving worse treatment, regardless of condition, type of hospital or severity of the health issue; and offered suggestions for improvements. Perhaps most shockingly, the disparity existed even when access to health insurance was equal.

In 2018, Villarosa wrote “Why America's Black Mothers and Babies Are in a Life or Death Crisis” for the New York Times Magazine and was a finalist for a National Magazine Award. Moved by statistics that showed that America is the only wealthy country where the number of birthing people who die because of pregnancy and childbirth is rising, she felt compelled to write about the situation.

The result was her book, “Under the Skin: The Hidden Toll of Racism on American Lives and on the Health of Our Nation.” Villarosa made it her goal to help people to think about racial health disparities and medical inequality and work to change society and the healthcare system itself.

The Washington Post, which described her book as “brilliant and illuminating,” wrote in its review that “equal treatment within the health-care system, Villarosa argues, regardless of class or social status, remains elusive because of three primary obstacles: long-standing institutional and structural discrimination; implicit biases in the medical profession resulting not only in misdiagnoses but even blame for being unwell; and ‘weathering.’”

Villarosa explains the concept of weathering, a term coined by Dr. Arline Geronimus of the University of Michigan, in her book. It involves the effects of systemic discrimination, including sexism and racism, on the body, often shortened to the colloquial “living while Black.” The theory is that the body ages prematurely as people attempt to withstand the challenges and insults society throws at them on a regular basis. Her work notes that some research has shown health and aging may have more to do with how society treats people than how well we take care of ourselves, which would put Blacks at a severe disadvantage.

But despite the alarming problems and case studies in her book, Villarosa remains very optimistic.

“I see change already, especially among medical, nursing and midwifery students and students pursuing public health,” she says. “Society will be harder to change, but I see glimmers of promise and hope.”

Linda Villarosa will discuss her book, “Under the Skin: The Hidden Toll of Racism on American Lives and on the Health of Our Nation,” on Thursday, Oct. 27 at 7 p.m. via Zoom and in person at the James Branch Cabell Library, 901 Park Ave. Registration required https://www.support.vcu.edu/event/socialjustice