The Heritage of Sean Brock

One of Richmond's most celebrated former chefs on his new cookbook, his Virginia Pride and his return to town. 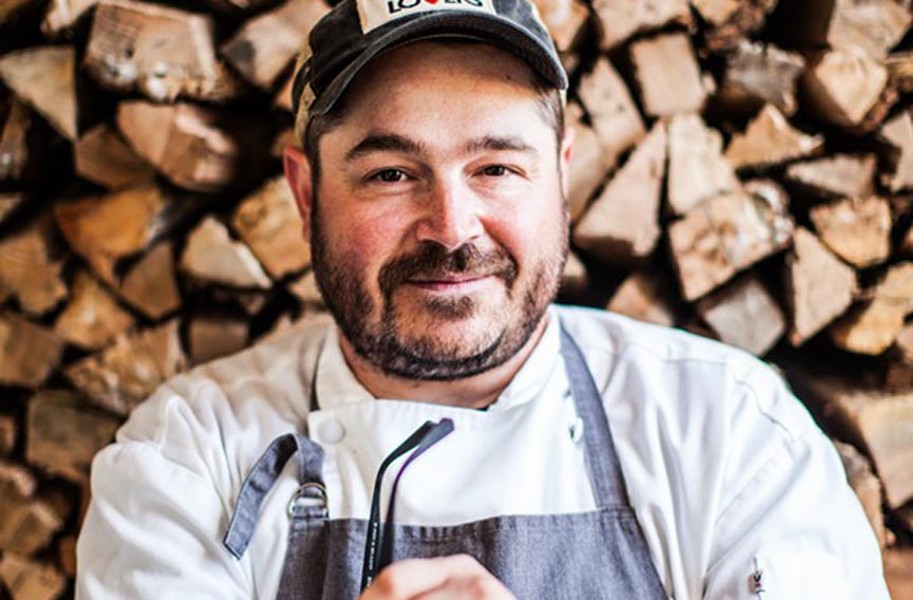 In Richmond, Sean Brock is known as Walter Bundy of Lemaire's former sous chef. This town is probably the only place in the world where he's known for working for someone else.

Brock won a James Beard award -- and been nominated four times -- appeared on Food Network's "Iron Chef" and was host of PBS's second season of "The Mind of a Chef." In 2011, Bon Appétit magazine named his Charleston, S.C. restaurant, Husk, the Best New Restaurant in America. Earlier this year, GQ named Husk Nashville one of the 12 Most Outstanding Restaurants of 2014, and yesterday, along with hometown favorite Rappahannock, Husk was named one of Esquire's Best Restaurants 2014.

He'll be in town on Thursday, Oct. 30, to cook a sold-out dinner with Comfort's Travis Milton for Fire, Flour & Fork. But don't worry if you weren't able to get a ticket. His new cookbook, "Heritage," comes out Tuesday, Oct. 21, and the gorgeous photography and intriguing purveyor profiles will inspire you to make your own Brock-ified dinner. Just get out the canning jars -- man, does this guy like pickles.

Brock: I didn't realize it -- obviously, I was really young living there -- but it was a really cool place to grow up. People do things the old-fashioned way. In other words, they live off the land. They know where all their ingredients are from -- you had your hand in everything.

You save seeds. How -- or maybe why -- have you saved these heirloom varieties?

It was a way of life for my family. It was almost a necessity. You fell in love with a particular flavor and the only way to continue having that flavor was to save that plant, the seeds it had grown. That really resonated with me; it stuck with me. As a chef, it's my responsibility to make say, soup. I know that in order to do that, there's a very particular varietal of the plant that's the most delicious. Unfortunately, a lot of those plants are unheard of, they've never been tasted or experienced. So for me, collecting those seeds and growing them and sharing them with people is really amazing. What's cool is they all have a story. Each seed tells a story of a place, of a family or a moment in time and when you can link those things together, it's pretty amazing.

I heard you had a farm associated with the restaurant -- do you still have that?

We have this incredible rooftop garden [on top of Husk]. It allows us incredible control. We can cut things the minute before they go on the plate. When you have a farm, when you have a garden, you taste things right in the field and that blows your mind, Wow, this is what I want my guests to experience. But even in that 20-minute car ride, the flavor starts to die. I think the rooftop garden is really important. We can pick things and they're still alive, they're still vibrant and that's a great contributor [to the flavor of the dish].

How did you end up in Richmond working for Walter Bundy at Lemaire?

I was 20 years old and working at the Peninsula Grill in Charleston. I'd gone through culinary school and I was really ready for the next chapter, the next step in my career. I was working a very busy service one night and [an executive] who was with that group [that also owns The Jefferson] walked up to the pass and was having a conversation with the chef about needing a sous chef. The chef kind of turned around and looked at me and was like, There you go. I drove to Richmond from Charleston in this crazy snowstorm. I passed a million accidents -- I barely made it. The experience of getting the job was just insane. [Lemaire] was so beautiful, so prestigious. I was a kid, you know. I wasn't even old enough to drink. Walking in there and interviewing was one of the most nerve-wracking things I've ever done. Working there was really cool because it was another link -- going back and cooking ingredients from Virginia and being from Virginia -- it really helped me realize that I was so proud of being from Virginia.

I read that you collect cookbooks. What cookbooks have influenced you the most?

I became obsessed a couple of years ago with collecting 19th-century and late-18th-century American cookbooks. I love everything about them -- the smell, to feel them, and to see the care and attention put into them. Those books are responsible for me having the desire to write a book. I didn't want to write a book for a long time. I realized that writing a book wasn't about creating certain recipes, it was more about having something that someone can hold and be inspired by to do their own thing. It was a big moment.

In your book, you say Southern cooking is more complex than people think. What do you mean by that?

I think there was a period of time, the last 80 years, where Southern food was being cooked with the wrong ingredients, the wrong plants, with inferior products. Now we're getting to the point where we're restoring these plants and seeds. We're actually able to taste what Southern food used to taste like É now, people can really taste the true flavor. That's terroir, that's the taste of a cuisine. A lot of people have the wrong idea about [Southern] cooking. They think it's one thing, one idea, but if you explore it a little bit, look a little bit deeper, you'll realize how diverse it is and how extraordinary each region can be.

Do you consider yourself a particular kind of Southern chef -- you cook in Charleston, so do you cook more South Carolinian cuisine -- or do you think of yourself as a Virginia cook?

It's really something that I wasn't truly able to realize until I wrote the book. What am I supposed to be cooking? It made me realize that cooking is about memories, about these things that mean a ton to you and make up who you are. And those things are always in your brain, always in your mind and that's what you should be putting on the plate. I'm in Charleston, incredibly inspired by it, but I also have those memories of growing up in the Appalachian mountains and those flavors will always affect how I season a dish in Charleston. If you read through the book, you'll see that it's a very personal journey. Cooking shouldn't be so black and white. It's what inspires you, what makes you happy. Once you realize that, you approach food in a different way -- that's the most pure and honest way to cook.