A prisoner dies, and an old flame wants to know why. 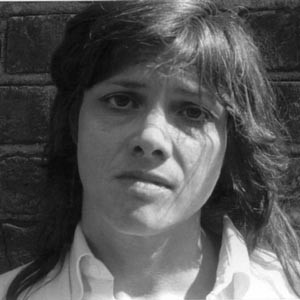 Janice Sue Motto was a jet setter.
She was an international model.
She was Miss Richmond.
She was a female boxer.
That's what she told people, anyway.

The truth: Janice Motto was a beautiful storyteller who died Nov. 30 after being held in the Richmond City Jail. She was 49.

The official manner and cause of her death: “undetermined.”

That's what the state medical examiner's office says, after spending months to investigate her death and run toxicology reports. That conclusion “could change,” a jail spokesman says. But for now, no one seems to know: What happened to Janice Motto?

One man has been asking that question for decades.

In 1983, Ric Brooks walked into the Stonewall CafAc (now Baja Bean) on Main Street. The 25-year-old immediately noticed the tall, elegant brunette at the bar.

“Everything about her was just beautiful,” he recalls: glossy hair, bright smile, can't-look-away face. Brooks approached her. She ignored him. He persisted. She let him buy her a drink. And so it began.

Brooks fell head over heels. But Motto wasn't easy to love. She adored parties, and inevitably would leave her date's side to make a beeline for the cocaine. She disappeared for days at a time. Brooks sometimes sat in his car in front of the Hanover Avenue house she shared with a roommate to just wait for her to come home.

Motto said a wealthy friend had given the Saab to her. She said she'd been partying in New York City with Yves St. Laurent and Pierre Cardin.

A week later the Saab was totaled.

There were good times too, the moments you tuck away carefully in the cabinet of memory. Brooks remembers the trip to Virginia Beach when he teased Motto for her big tote bag full of Evian spritzers. He remembers the time they spent together, just the two of them, in her book-strewn bedroom. “She was really affectionate,” he says. “When she wanted to be.” She was smart, charming, a great conversationalist.

She also was a woman of inscrutable means. Brooks says she was briefly a student at Virginia Commonwealth University. He asked her once what she did for a living, and she told him her father was a wealthy IBM executive who died and left her his money. But this, too, seemed to be a fable.

A month later, Brooks was about to leave for a big weekend beach trip with Motto and his friends. On Saturday morning the car was packed. The sun was shining. And Motto was missing.

His friends weren't surprised. “Ric, this girl is bad news,” they counseled. While they prepared to leave, Motto pulled up in a silver Mercedes, looking like hell, Brooks says — “if that was possible, for her.”

Brooks took Motto aside and one by one, went through all the lies she'd told him. He'd had enough, he said. “She just looked at me with this blank stare,” he says. And that was it.

Twenty years later, Motto was no longer a preppy party girl. Albert Draucker, her Grove Avenue landlord in the early 2000s, recalls an overweight Janice Motto who limped from a bad car accident. She told Draucker she'd been a New York model, had a daughter who was living with her father, and had a tough childhood. Motto's mother declines to speak to Style Weekly for this story.

Motto also told Draucker “she was having trouble with cancer,” he says, and asked for $60 for a doctor's visit at Virginia Commonwealth University's Medical Center. He gave it to her, more than once. During one of her doctor's visits, Draucker decided to go to the hospital and wait for her. “She didn't come out of the cancer unit,” he says. She was nowhere to be seen.

Motto later dated a man who owned an apartment building on the Boulevard. She took care of him when he began using a wheelchair, Draucker says, but later “they had something of a falling out.”

After that, things went downhill.

Brooks picked up the May 4, 2005, issue of Style Weekly and saw Motto's mug shot on the cover. Her face, blank-eyed but still beautiful, was one of 16 arrested in a big Carver drug bust called Operation Crackdown.

Motto was a regular at Hancock and Clay streets, Preuss says. Although she kept company with the neighborhood's most notorious drug dealers, Motto was only their minion, he says. She offered her apartment and her body for crumbs of cocaine.

“She was just a sad soul,” Preuss says. “She prostituted herself. She was the poster child for why you never want to use crack.”

When Motto was arrested, Preuss says, her lawyer asked that she not be lumped in with the hardcore dealers. She's not one of them, the lawyer said. Preuss disagreed. Motto may not have been a mastermind, he says, but “she wasn't innocent by any means.”

On Sept. 24, 2003, Motto, along with 20 other suspects, was indicted as part of Operation Crackdown. She pleaded guilty to two counts of conspiracy and was sentenced to five years in prison, with four suspended.

On April 15, 2010, Motto was swept up in a Richmond police prostitution sting and charged with prostitution and possession of cocaine at North Avenue and Brookland Park Boulevard. On Aug. 18 she was found guilty of prostitution and sentenced to 12 months in jail, with all but one suspended. The cocaine charge went to circuit court.

But Motto was already in the Henrico County jail, where she'd been held since Aug. 8 on other charges. On Nov. 16, according to city sheriff's spokesman Maj. Jerry Baldwin, Motto was turned over to the Richmond city jail on charges of petit larceny and prostitution.

Two weeks later, on Nov. 30, Motto began showing “signs of unusual behavior,” the jail said in a statement, and while she was being prepared for transport to the hospital, “became unresponsive.” She died at VCU Medical Center, and Baldwin says he can't release any more details than that.

That's not good enough for Brooks. He wants to know what happened.

The last time he saw Motto was in 2006, when he spotted her walking on Chamberlayne Avenue near Brookland Park Boulevard. He pulled over and greeted her. She didn't know him. Brooks told her they'd dated.

“I remember you,” she said at last. “Do you have anything for me?”

“If you don't have anything for me, I'm moving on,” she said.

She walked away. S