How one city program helps the jobless repackage themselves. 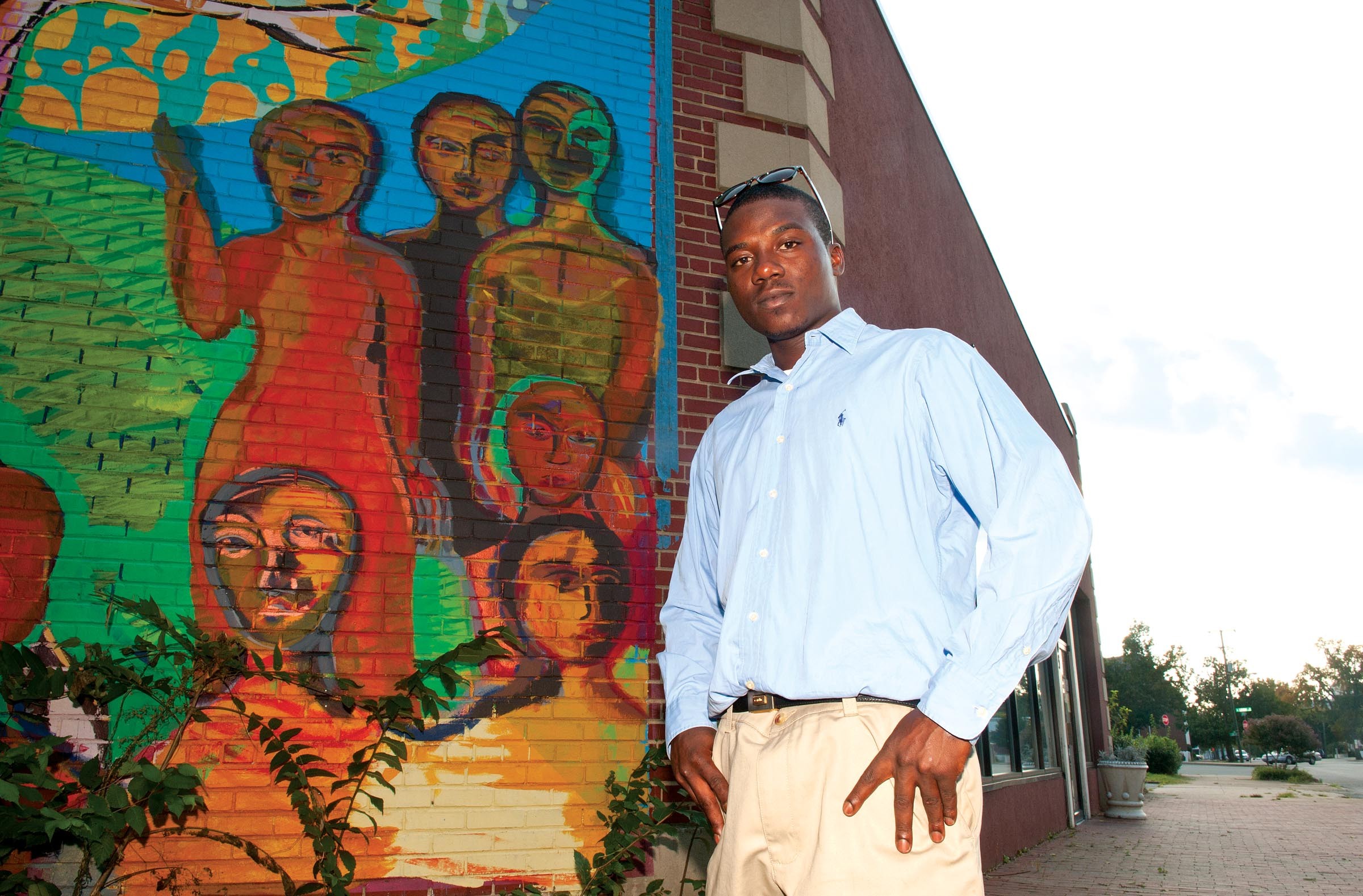 After four years of working any odd job he could find, and a brief stint at Richmond City Jail, Rondell Jones finally got the call. The Richmond Workforce Pipeline had found a machinist position that fit his training — he's a plumber by trade — and set up the interview. Jones, 24, started work at Strickland Machine Co., off Magnolia Court in the East End, in early June.

But it wasn't his skills that cinched it, per se. It was something else.

Through the program, he took classes on work readiness, how to dress and communicate with his future bosses. Jones says he picked up subtle tips that "probably would have been small to me" but were important to potential employers.

"Like choice of words. The type of color shirt you wear. Wearing too strong of a cologne. When you fill out a résumé, instead of saying I love my work say I'm dedicated to my work," Jones says: "Little stuff that I would have never thought of."

Most important, he learned how to explain his jail time. He says he bought a scooter from a friend for $20, not realizing it was stolen, but he was trying to find a ride from his home in Hillside Court to a temp agency.

Instead of just saying he had a grand larceny on his record, Jones was told to explain the reason why it happened. "I got in trouble for trying to find a way to work," he says. "I bought a scooter from a friend of mine. Then I found out it was stolen." Originally charged with grand larceny, he says it was reduced to petit larceny after he spent four months in jail and paid restitution of $500.

What Richmond Workforce Pipeline offers goes beyond job training and résumé writing. It also provides seminars on soft skills such as dressing for success, impressive work practices and office procedures. For those who've been unemployed for several years, such as Jones, these skills are critical to not only getting a job, but also keeping it.

About 10 years ago, Eartha Vines was a successful assistant office manager of a pediatric practice in New York, but after an accident left her disabled she had difficulty finding a full-time job. Vines says the problem wasn't her abilities, but her confidence.

"I didn't feel like I could do the job effectively," she says. "People can sense things like that."

The office-procedures course offered by the city's training program taught her how to regain her self-esteem, Vines says. The instructor "would talk about confidence and how to speak appropriately and things of that nature and that really helped me," she says. "It was a real big confidence builder." Now Vines has a full-time position as a customer service representative.

"An office is an office, but things change," she says. "This program also showed us how to adapt to change."

One of the changes for Vines is a weekly meeting with her supervisor. During the meetings, Vines must discuss her performance and be prepared to address any problems. After two months at her new job, Vines says she's received mostly excellent reviews, but also is more prepared to answer questions on how she could improve. At the Workforce Pipeline she was taught to research better methods of doing her job and to never be satisfied with an average appraisal.

And now she isn't intimidated by the meetings.

"Everything I've learned has come to pass," Vines says.

Virginia Coleman, training coordinator for Richmond Workforce Pipeline, has seen this type of change in other people who have taken these soft skills courses. "They would talk themselves out of an interview and then by the time they are finished with us after six weeks, eight weeks … they get the interview, they get the call back," Coleman says. "They may not get the job that time. But knowing they were able walk in and sit down and get through an interview — knew what to wear, knew how to carry themselves — we've seen a huge difference in them."

In August, eight men and women attend a seminar on impressive work practices at the East District Family Resource Center, on Jefferson Avenue in Church Hill. A few are ex-felons, and others have made bad choices or had a series of setbacks.

Regina Tyler, director of the Upward Bound program at Virginia State University, quizzes the group about employer expectations and their own workplace needs. Most are looking for stability and a regular source of income, and most express confidence that this time, perhaps, their luck will turn around.

But the statistics don't match their positive attitudes. While the regional unemployment rate is relatively low — 6.7 percent compared with the national average of 7.4 percent — the rate is almost double for blacks. And in the city proper, unemployment hovers around 9 percent.

But with the right training, there's hope.

Jones' life has definitely changed. He says he's moving out of Hillside Court, where he's lived his entire life. Jones, his grandmother and his 6-year-old son are renting a house on Overlook Street. They're finally getting out of the projects.

"To rise above things, and [to say to] Grandma, 'Let's go get a house,'" Jones says, describing the move as his greatest achievement. "I almost cried." S