Uncover five of Richmond's secret gardens with a party. 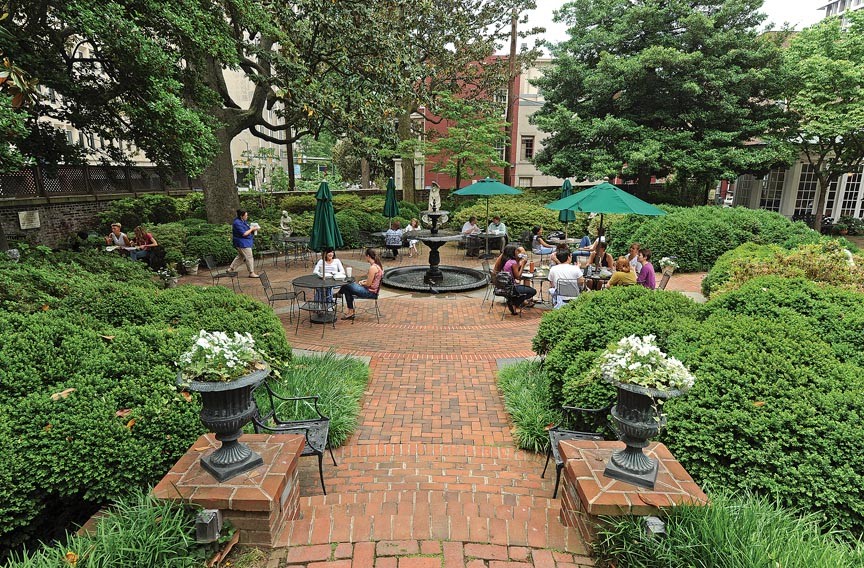 At a time when anything locally grown and close to home is the rage, Richmond's Court End neighborhood celebrates five local institutions and their lesser-known gardens — complete with locally based entertainment and homemade libations — with a cocktail party May 17.  Five is the magic number, as all five gardens are within five square blocks.

Probably the best known of these off-the-beaten-path gardens is that of the Wickham House at the Valentine History Center. Many downtown lunchers take their meals to-go to enjoy in the Valentine's garden. One of my special memories dates to 1994, when I found the magnolia- and wisteria-filled space ideal for sitting among statuary and reading John Berendt's then-new novel, "Midnight in the Garden of Good and Evil."

Anyone who hasn't toured the Wickham House since staff added new content should take the opportunity at this party, because tickets include admission to all facilities. Guides are interpreting the house — celebrating its 2012 bicentennial — within the larger social, economic and political context of 1812 when the United States was at war. Make sure to go through the center's Stern Gallery while you're there. It offers up a photo exhibit on the history of philanthropy and social work in Richmond, with archival images courtesy of The Richmond Times-Dispatch and the Cook Collection.

At the nearby White House of the Confederacy's Sally Archer Anderson Garden —- named for a deceased board chairwoman — perennials have been omnipresent; but last week the United Daughters of the Confederacy were busily planting annuals in preparation for the party showcasing their blossoms.

Circle up to Broad Street to Monumental Church, where the Betty Moore Garden has been resod this past year with funds donated by the deceased former member of Historic Richmond Foundation's board from whom the garden takes its name. The Moore garden, with its dogwoods and benches, reflects the meditative ambiance of the Greek Revival church's interior. Don't miss a tour of the light-filled church, especially as the sun's rays fade at the end of day. The foundation's Sandy Burns adds significance to the church tour when she informs that "architect Robert Mills, the only architecture student of Thomas Jefferson, designed five domed churches, and this is the only one still standing."

John Marshall raised the funds to build Monumental Church between 1812 and 1814, and it was designed to be a memorial to the 72 people who died in the Richmond Theater Fire of 1811, interred in a crypt beneath the floor of the church. The nearby John Marshall House's herb garden features four parterres with flowering plants, culinary and medicinal herbs popular in 18th-century gardens.

Becky's Healing Garden at Virginia Commonwealth University's Massey Cancer Center is a rooftop retreat where patients and family members can enjoy peace and contemplation. Becky Massey, the advisory board member from whom the garden takes its name, will be present to point out the healing-garden plants on hand — such as taxus, a genus of yews that helps to make the breast cancer drug Taxol.

A complimentary shuttle bus between gardens will make access to these little-known green spaces supremely easy ... especially after a couple glasses of refreshment. S

For tickets to the Secret Garden Party on May 17 and information on the participating gardens and programs, go to historicrichmond.com or phone 649-0711, ext. 301.