Can the city shrink its inmate population before it opens a new, smaller jail? 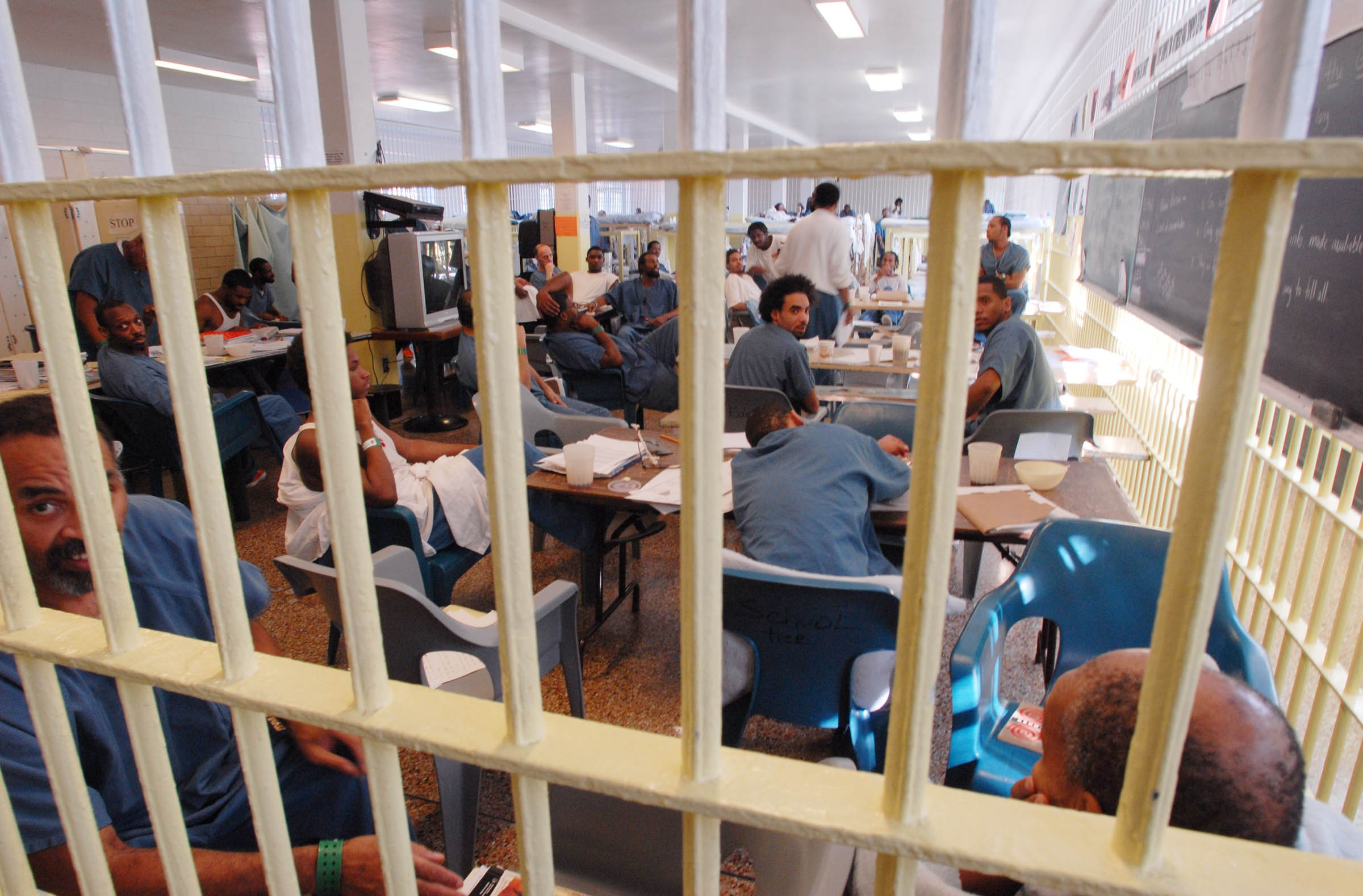 On a typical day, the Richmond City Jail coops up about 1,400 inmates in a 1960s-era facility designed to hold 856 of them. A new jail, under construction next door and scheduled to open in January, is rated for 1,030 inmates. If you're doing the math, that means the new lockup would be overcrowded from day one.

To ensure that doesn't happen, city officials are looking for ways to slim down the jail population — and in so doing, they're engineering a far-reaching overhaul of the city's criminal justice system.

If all goes according to plan, the jail will incarcerate fewer mentally ill patients, substance abusers, nonviolent criminals and pre-trial inmates waiting to raise bond money. "The opening of the new jail serves as a catalyst to do things we've been thinking about doing for a long time," Richmond Commonwealth's Attorney Michael Herring says. "It more or less forces our hands."

There appears to be a consensus among key players about what needs to be done. The big question is whether the changes can be made in time for the jail opening. "I think we're going to make it, but it's going to be close," says David Hicks, senior policy adviser to Mayor Dwight Jones. "We started out a good year behind. We've cut that down to six months but we're still behind. We're trying to close the gap."

The problem that Hicks encountered when Jones put him charge of the project last May is that lots of people were involved but no one was responsible. "A lot of resources were being expended," he says "We had consultants. We knew a lot about what other people were doing around the country. But there was no road map or blueprint."

After some controversy over the city's paying $3.3 million to a construction management consultant amid several high-profile bungles in 2011, Hicks hired two in-house criminal justice planners in an attempt to reduce the city's reliance on outside consultants. He also set about gathering basic information about Richmond's jail.

"Probably the most shocking thing was, no one had any real data," he says. "We had a lot of anecdotes. The jail wasn't set up to capture data. … We're getting more comfortable that we know who those 1,300 to 1,400 people are. You can't craft a strategy until you do."

While the official plan is still being massaged, the main outlines are beginning to come into focus.

The mentally ill. Sheriff C.T. Woody estimates that at any given time, 250 to 300 inmates are mentally ill, many of them homeless. They wind up in jail when they get arrested because local mental health facilities are chronically overcrowded and the police don't have anywhere else to put them. And they "should not be here," Woody says.

It costs $25,000 yearly to house someone in the city jail. Treating a substance abuser in the community costs roughly half as much. "Put them somewhere where they can get their medications and get the services they need," Hicks says. "The jail should be where criminals go, not where people go when there's nowhere else."

When police confront people with obvious mental issues, a Richmond Behavioral Health Authority crisis-intervention team links them to community-based programs; that group has conducted 108 field visits so far this fiscal year. In the city jail, a booking nurse identifies mentally ill inmates to process them more quickly through the mental health docket and connect them with services available outside. Rhonda Gilbert, deputy director of the city's department for justice services, says all the elements are in place to reduce the number of mentally ill inmates. The main sticking point is a lack of beds for substance abusers who require in-patient hospitalization. The best she can say at this point is, "We have some funding to get the process started."

Inmates awaiting bail. A majority of jail inmates are awaiting sentencing. Typically, people charged with petty crimes don't have the 10-percent deposit it takes to raise bond. Even sums as small as $150 can be difficult to come up with, and defendants typically turn to friends and relatives. During the seven days on average it takes to raise the money, they're housed and fed in the city jail, courtesy of Richmond taxpayers. The remarkable thing, Herring says, is that studies have shown that requiring people to post bond doesn't make them any more likely to show up in court. "We need to rethink this," he says. "If you're dangerous, you need to stay in jail. If not, we need to manage you in the community. The money condition gives a false sense of security."

Nonviolent offenders. The jail is loaded with nonviolent offenders including deadbeat dads, petty thieves, vandals and small-time drug dealers. "The bigger you build a jail, the more people you will put in it. As much as I enjoy arresting hardcore criminals," says Woody, a former Richmond police detective, "I don't believe you can arrest away the [crime] problem."

Requiring nonviolent offenders to attend a day-reporting center would cut the $25,000-per-year cost to taxpayers of housing an inmate in jail by half. Hicks says the idea is to create a step-down facility where offenders must check in every day and attend programs.

The top priority is ensuring that offenders aren't freed to commit violent crimes, Herring says. The tricky part will be deciding who stays in jail and who attends the day-reporting center. And that's not something that can be reduced to a simple formula. Who is a bigger risk — someone who committed a violent crime 10 years ago but managed to stay out of trouble until his latest offense? Or a nonviolent but chronic offender who can't hold down a job or maintain a stable residence? Sometimes the violent offender is the better bet, Herring says.

After gathering information from probation and parole officers, the Commonwealth Attorney's Office will make sentencing recommendations to the judges. The alternative sentencing approach can't work unless the judges are persuaded that the jail alternatives are viable — and that means the day-reporting center needs to be up and running.

And that's another problem. The opening of that facility is running behind schedule as well. City officials have not yet settled on a location for the center, which will require between 8,000 and 11,000 square feet, nor have they decided whether to staff it with city employees or outsource it. The scheduled opening of the day-reporting center has been bumped from July — which would allow half a year to work out the kinks before the new jail opens — to October. "It's got to open on time," Hicks says. "We don't have an option."

Despite short-term challenges, city officials express confidence about the ability to reduce the number of jail inmates. Woody says it should be possible to reduce the jail population by 700 to 800 people — roughly half the current population, and well under the capacity of the new jail.

"Whether we hit the target on day one is less important than the reforms we're putting into place," Herring says. S