The owner of Richmond’s only Black-owned pharmacy focuses on forging community bonds. 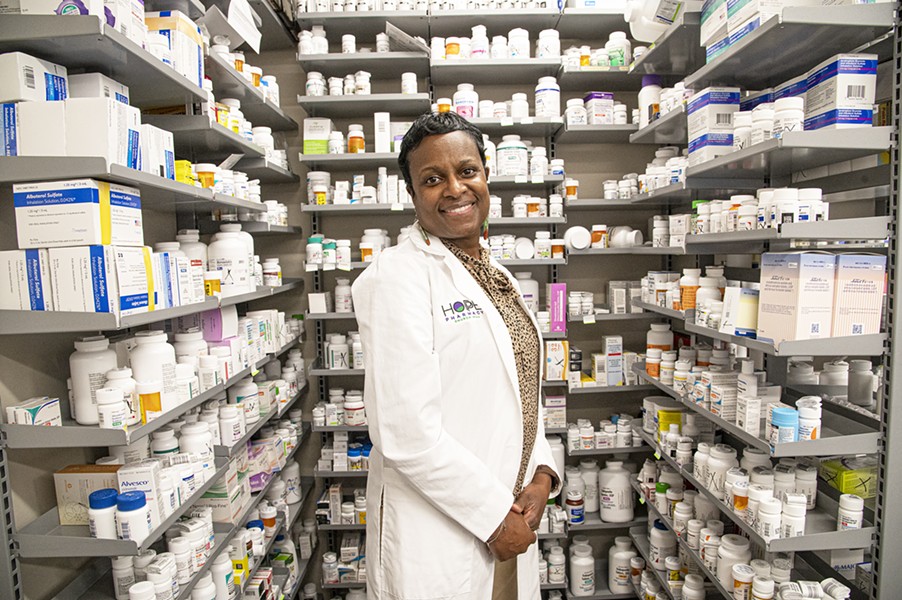 Scott Elmquist Richmond native Shantelle Brown is the owner and operator of Hope Pharmacy located inside the Market at 25th.

As the owner and operator of Hope Pharmacy, helping others to physically prosper every day isn’t just a slogan to Shantelle Brown. For three-and-a-half years, she has run Richmond’s only Black-owned pharmacy out of a location inside the Market at 25th in the East End. Despite the surge of mistrust towards medical professionals during the pandemic, Brown’s focus on community-centered care has helped her business not just survive but thrive.

“As pharmacists, we are the most accessible healthcare professionals,” says Brown. “Where else can you go to ask a question at the drop of a dime? People travel from afar to get their boosters and prescriptions here because they know we were here from the beginning, trying to do whatever we could for the community.”

Even as a child, Brown was fascinated by the complex ways different medicines work to heal the body. What other teenager would go hang out at the neighborhood pharmacy just to get answers to her questions? Brown’s interest in medication went so deep her mother jokingly said she was a hypochondriac.

When Howard University accepted Brown into its pre-pharmacy and later doctorate programs, no one was more proud of her than her mentor behind the counter of Edloe’s Professional Pharmacy. During every college break, she worked for Dr. Edloe’s independent apothecary until he eventually hired her to be his director of clinical services upon her graduation.

Although Brown learned a lot working under her mentor, she knew that in order to grow, she would have to leave Church Hill if she wanted to understand how to serve a diverse clientele. Coming out from under the wing of Dr. Edloe wasn’t easy, but she ultimately landed a job as a pharmacist at the Ukrop’s on Brook Road.

“Starting out I was female, Black, and young — three things some would say were barriers but I saw them as opportunities,” says Brown. “I had to really know my stuff so that people could trust me and rely upon me. I had to show up and do what needed to be done to earn their confidence.”

Dr. Brown says that her professional professional development was strengthened by the environment that the Ukrops family fostered. "You may ask, 'Why did I leave? I believe that there are building blocks to becoming successful. My goal is to learn more and acquire more with each step that I make; from knowledge to benefits and pay." After leaving Ukrop's in 2008, she worked at the Sam’s Club in White Oaks, working her way up to be the pharmacy manager, and then left the company when they shuttered that location.

Distraught, she called up her old mentor in the East End looking for advice. Edloe’s Professional Pharmacy had closed so he could retire, but he had heard a philanthropist was building a grocery in the East End and was on the hunt for a pharmacy to serve his coming customers. On April 29, 2019, Hope Pharmacy celebrated a simultaneous grand opening with the Market on 25th. 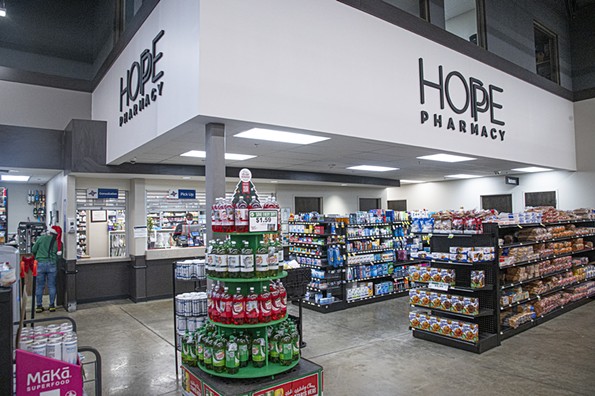 “It’s come full circle for me,” says Brown. “I tell all of my students to keep and develop those relationships from your past because you never know where your career may take you. And here I am today, back working two blocks away from where my career started!”

As only the second Black female in over a century to own a pharmacy in Richmond, Brown does not take her commitment to the community or her customers lightly. The pandemic years proved trying, but without her, who knows how the under-resourced East End would have fared.

“Being an ambassador for the community at that time was pivotal,” she says. “I made it a point to journal my experience throughout the whole COVID experience from taking pictures of me getting the vaccine to sharing what side effects I experienced. If I didn’t believe in the vaccine myself, I wouldn’t have been able to give it to my customers.”

In addition to the full selection of pharmacological services she offers, Brown is also expanding her business into medication for pets. The pandemic saw a spike in animal adoptions, and her pharmacy is ready to serve Church Hill’s four-legged loved ones as well.

“What we try to do is have that personal touch,” says Brown. “We know your name by the second time you come in. We try to make sure that the community knows that we want to build a relationship with them.”

For seniors or anyone on multiple medications, Hope Pharmacy is getting creative with their packaging to help customers remember to take all their pills at the right time. Whether it’s perforated packaging for those on the go or different sized bottles, Brown and her team are always innovating to improve the health of those they serve.

Hope Pharmacy's willingness to go above and beyond for their customers stands in stark contrast to the chronic disinterest and disinvestment facing Bon Secours’ scandal-ridden Community Hospital just two blocks away. Shocking if not surprising, the revelations left Brown disheartened but more dedicated than ever to the community that raised her.

“When I go to their sister hospitals and see all that they have and know that a lot of it was provided on the back of the hospital in our neighborhood, my prayer is that the powers that be will take a good look at what is going on and how it hurts everyone,” she says. “The people in this community are deserving.”

Correction: An earlier version of this story incorrectly stated that Dr. Brown was pregnant during her tenure at Ukrop's Pharmacy. She and her husband had their first child in 2010. Style regrets the error.