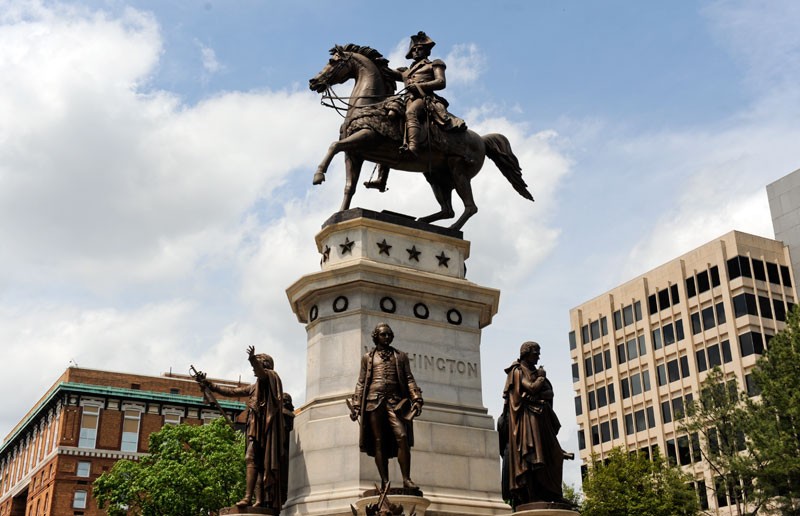 The Washington Monument, dedicated in 1852, was sculpted by Thomas Crawford, who also designed the Freedom statue that caps the nation's capitol in Washington. It was at the base of this equestrian statute that in 1862 — on Washington's birthday, Feb. 22 — that Jefferson Davis was sworn into office after his election as the Confederate president. Previously, he had served as the infant nation's provisional president, elected by the Confederate legislature rather than voters. An image of the Washington monument was placed on the Great Seal of the Confederacy.