The Future is Unwritten

From bands to zombies, Sink/Swim Press goes its own way. 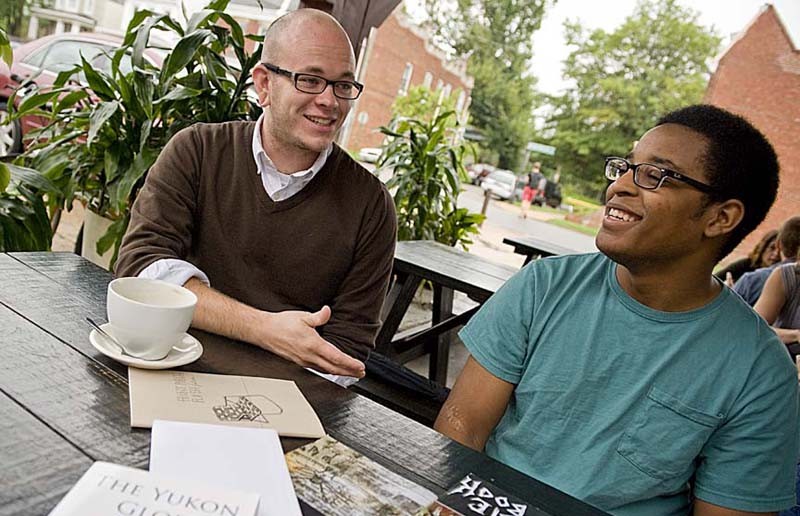 It wasn't long after he began his novel that Jake Ziemba received his death sentence.

"They said there was no treatment, there was no cure, and my life expectancy was six to eight years," he says. Ziemba had been diagnosed with paroxysmal nocturnal hemoglobinuria, a rare, fatal blood disease. He decided to keep writing anyway.

"If I was healthy enough to sit up and make it to the computer, that's what I did with my time," he says. "Working on this project sustained me."

After undergoing an experimental stem-cell transplant and a painful recovery that lasted nearly six months, Ziemba was declared to be in remission.

After recovering, Ziemba decided to publish his novel earlier this year with Sink/Swim Press, a local independent publishing group and record label. "I've been extremely impressed by their integrity," Ziemba says. "They're not about money; they're about making quality books and music."

The press started in the summer 2009. "Sink/Swim is a forum for musicians and writers," says founder James Moffitt. "I want them to take the [do-it-yourself] ethic and create something that people identify with."

So far the group has released five books, including its most popular title, "The Great Richmond Zombie Book." The book features a dozen short stories by local authors. "We really don't make money," says editorial director Morris Reese. "We want to make good products, give something back to Richmond."

Ziemba's novel, "The Yukon Glory," follows four vampires traveling across the county by steam train in a post-apocalyptic 1979 America. A portion of the profits were donated to a foundation that funds research into his condition. Sink/Swim's most recent book, "Front Porch Flash Fiction," is a compilation of short stories written by a group of local writers created within a short amount of time.

Moffitt and Reese design the books and publish them through Zooom Printing. Moffitt says he wants to print books that have a strong visual appeal, like those designed by the San Francisco-based publishing house, McSweeney's. Sink/Swim also has a variety of bands on its record label, including indie rockers Basement Dweller, pop-punk band In Courage and the hardcore group, Paper Trail.

"I'm a huge, huge fan of Sink/Swim Press," Ziemba says. He doesn't fail to see the humor in contracting a rare blood disease after starting a novel about vampires.

"I hear it quite a bit," Ziemba says with a laugh. "The family loves that joke." S

For information on Sink/Swim Press and its recent releases, visit sinkswimpress.com.