The Future Is Female: Our theater critics’ winter roundup previews an exciting slate of upcoming shows

by Claire Boswell and Rich Griset 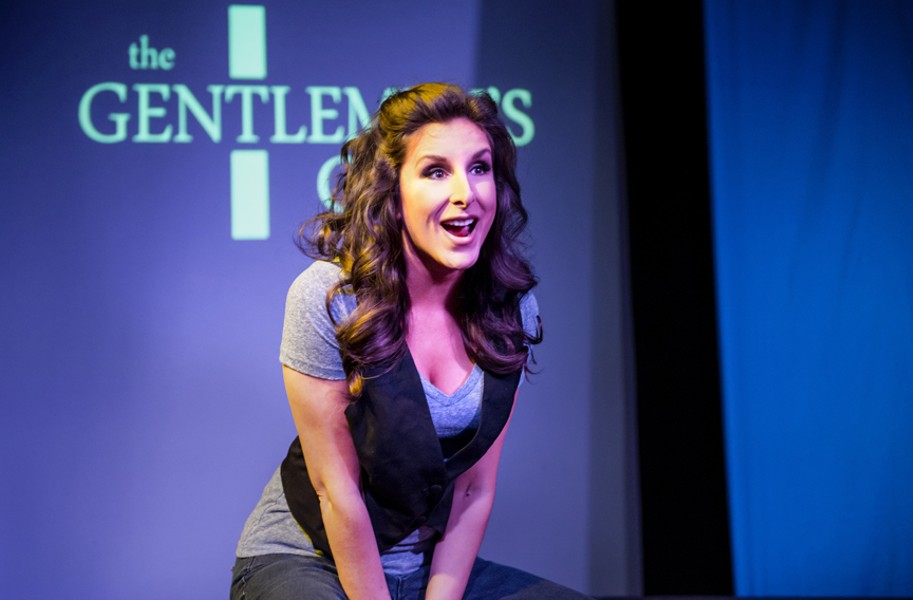 John MacLellan “In My Chair”: inspired by her popular TEDxTalk, local actress Eva DeVirgilis set out on a globe-trotting quest to explore issues of female self-esteem and beauty standards.

In their September roundup of Richmond's fall theater schedule, Style critics Claire Boswell and Rich Griset summed up the season's shows with an old slogan: The future is female.

The rest of the theater season looks to elaborate on this theme, with TheatreLab and 5th Wall Theatre's inaugural Women's Theatre Festival this spring, Quill Theatre's all-female "Taming of the Shrew" this summer and the premiere of the beauty-standard challenging "In My Chair."

To get their take on these shows and others, we checked in with Style's critics to see what they're most looking forward to:

Griset: The second half of the season is so packed with intriguing shows, I'm not even sure where to begin. Claire, what are you most excited about?

Boswell: I loved Cadence's production of "Appropriate" so much last year, and I'm really thrilled to see two more shows from playwright Branden Jacobs-Jenkins, both coming to us in May. Cadence Theatre Company will take on "Gloria," a show that tackles workplace toxicity, and TheatreLab's bringing us "An Octoroon," Jacobs-Jenkinses take on Dion Boucicault's 1859 antebellum melodrama "The Octoroon," with Tawnya Pettiford-Wates directing. I'm very excited for both of these shows.

But I think I'm most excited for TheatreLab's "Sweeney Todd: the Demon Barber of Fleet Street," opening on Valentine's Day. I've been a fan of this dark musical for years, and I know it's something TheatreLab will do well, and the cast it has got lined up looks promising, with Alexander Sapp and Bianca Bryan at the helm.

Speaking of exciting local pairings, 5th Wall is bringing us Morrie Piersol and Scott Wichmann together again for Eric Bogosian's "Talk Radio," about a controversial radio host dealing with issues in his personal and professional life. I loved the work these two did together as director and actor last year for "I Am My Own Wife," and I can't wait to see what they do with this script.

What about you Rich?

Griset: Well, "Sweeney Todd" is also a longtime favorite, but I'm intrigued by a number of brand-new works. Take Cadence's "In My Chair": inspired by her popular TEDxTalk, local actress Eva DeVirgilis set out on a globe-trotting quest to explore issues of female self-esteem and beauty standards. The result is this one-woman show, which is sure to impress if it's anything like her previous ones.

I'm also curious about Virginia Rep's "Atlantis," a new musical that aims to transport audiences to the mythical island just before it disappears forever. Perhaps most exciting is that it will be directed by Kristin Hanggi, best known for directing and developing the Broadway glam- metal-jukebox musical "Rock of Ages."

There's also TheatreLab's "Level 4" in August. This tragicomedy takes place inside of a video game, and the protagonist is a boss in the fourth level of the game. Its description online sounds more existential than the phrase "video game play" might have you think.

And it's not an original show — at least in its text — but Firehouse is reimagining the Greek myth "Oedipus Rex" in February. Directed by Vinnie Gonzalez, it will be set at a Southern church in the 1920s, with the Greek choir parts sung as gospel tunes.

Mentioning "In My Chair" reminds me — the rest of the 2018-19 season has a great many shows that focus on women. Which of those stand out to you?

Boswell: I know it's a long ways off, but I'm really looking forward to Quill's "Taming of the Shrew" with an all-female cast, coming to Agecroft Hall this summer. I expect we'll see some shining local talent there, as well as in their production of "Pride and Prejudice," coming in March. I'm delighted that Richmond Triangle Players will bring us "Grey Gardens," a musical based on the documentary of the same name. I can't wait to see their versions of Big and Little Edie. But most of all, I'm intrigued by the upcoming Women's Theatre Festival, a co-production of TheatreLab and 5th Wall Theatre that will bring a series of one-woman shows entirely produced by women and performed in repertory. I think this is going to be an exciting event, and one that I hope will continue in the future.

Speaking of festivals, we also have "Acts of Faith" coming up, and we've already mentioned "Sweeney Todd" and "In My Chair," both of which are Acts of Faith Theatre Festival shows. Which other Acts of Faith productions are looking good to you, Rich?

Griset: I'm always critical of some of the shows that get the Acts of Faith label. Does "Sweeney Todd" really strike you as a show that spurs conversations about faith? But I am looking forward to many of festival's shows. Quill's upcoming play "Red Velvet," starring Jamar Jones and directed by James Ricks, deals with the first time a black actor played Othello in London. There's also Virginia Rep's staging of "Once" a boy-meets-girl tale of musicians in Dublin that won eight Tonys, including best musical.

Any last thoughts before we head back to the theater?

Boswell: I think that about sums it up. See you at the shows.