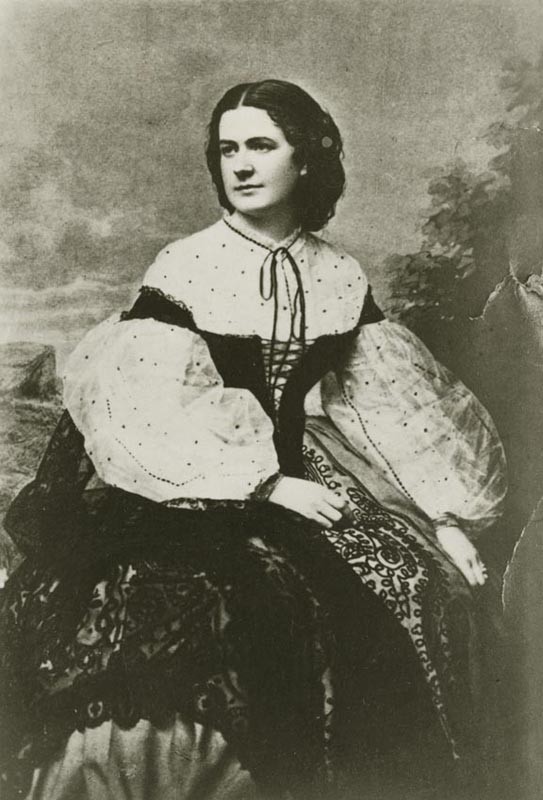 Hetty Cary was Richmond's It Girl.

With her brown eyes, auburn hair and perfect figure, she was said to be the most beautiful woman in the South. It didn't hurt that she was related to not one, but two prominent Virginia families of Virginia: the Randolphs and the Jeffersons.

Cary, however, was more than a pretty face and pedigree. A Baltimore native, she was a staunch Southern sympathizer. According to legend, she waved a Confederate flag from her window while Union troops marched through Baltimore. "Should we arrest her?" one soldier asked. "No, she is beautiful enough to do as she pleases," his commander replied.

Cary couldn't get away with such hijinks for long. Suspected by some of being a Confederate spy, Cary left Baltimore for Richmond early in the war. There, she and her sister Jennie lived with their cousin Constance Cary. Together, they were nicknamed the "Cary Invincibles."

They became Richmond society's cheerleaders for the Confederacy, and Hetty a symbol of Virginia's sympathetic neighbors to the north. Cary once attended a party dressed as an allegorical Maryland in chains. Jefferson Davis cut the chains from her, and everyone clapped. The Cary girls also held meetings of the Starvation Club, a Tuesday-evening social gathering at which guests were served nothing but water.

In the fall of 1861, they were asked to make the first battle flags of the Confederacy, following a model made by Mary Lyons, an Alabamian living in Richmond. (The initial stars-and-bars flag design was too similar to the American flag, and caused confusion at the first Battle of Bull Run.) 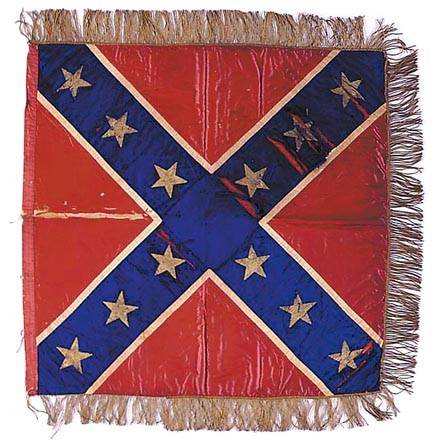 The flags the women made were "jaunty squares of scarlet crossed with dark blue edged in white, the cross bearing stars to indicate the number of the seceded states," Constance Cary wrote. "We set our best stitches upon them, edged with gold fringe," then sent them to three generals. (Hetty's flag is on display at the Museum of the Confederacy.)

In 1862, Hetty Cary met John Pegram, a dashing 32-year-old Confederate lieutenant colonel with a not-so-dashing military record. Federal troops had captured Pegram and his regiment in August 1861. Pegram was imprisoned for six months, and then sent to Richmond to be formally exchanged for an imprisoned Union officer.

Cary and Pegram got engaged, but their marriage was put off while Pegram was fighting for the Confederacy. After serving under generals P.G.T. Beauregard and Braxton Bragg, Pegram ended up in the Petersburg trenches. In late 1864, Cary's mother secured a pass to come to Richmond from Baltimore, and the couple quickly decided to wed. The wedding on Jan. 19, 1865, was the event of the year: the union of the lovely Miss Cary with Pegram, by then a brigadier general and "a son of Richmond universally honored and beloved," in the words of Constance Cary.

Jefferson and Varina Davis, the president and first lady of the Confederacy, attended the ceremony at St. Paul's Episcopal Church, along with other Richmond notables. The reception was modest, Constance Cary later wrote, but "one felt in the atmosphere a sense of sincere gladness in happy love, very rare on such occasions."

Pegram was killed at the Battle of Hatcher's Run outside Petersburg on Feb. 6, 1865, when a Minié ball struck him in the heart. The wedding guests gathered once more at St. Paul's for his funeral. The invincible Hetty Cary had been three years a fiancee, three weeks a wife. 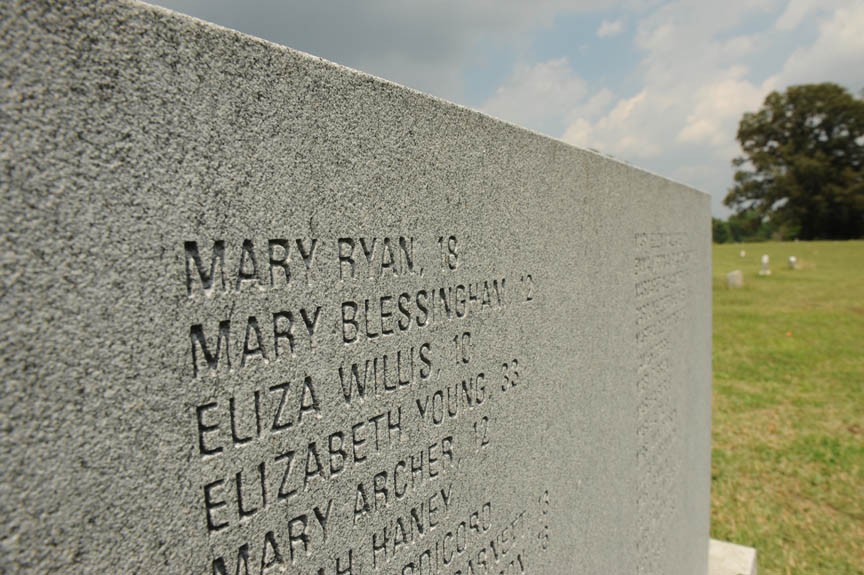 Mary Ryan: The Unlucky One

In a small wooden building on Brown's Island, women's fingers were flying. Some filled cartridges, some broke up defective cartridges, and others boxed up their completed work.

Mary Ryan, an 18-year-old Irish immigrant, filled friction primers. These were simple but indispensable devices of war, used to light cannons. Each was made from a small brass tube filled with powder, with a wire loop at one end. An artilleryman would yank out the loop, much like striking a match, to ignite a chemical compound and set off the powder, which burned down the tube and fired the gun.

One of the primers had gotten stuck in the wooden board that held it. Ryan turned the board upside down and rapped it against the table. It wouldn't come loose. She hit it again. And again.

Next thing she knew, she was flying.

Richmond's Confederate States Laboratory was the main supplier of ordnance for Southern forces. Although contemporary news accounts praised its safety record, accidents happened regularly. When the lab was on Seventh Street, a trash-pile fire on the riverbank in September 1861 spread to the laboratory's fence, causing panic inside while workers stampeded for the doors. On Jan. 27, 1862, an explosion occurred in a room where several teenage boys were filling fuses, burning them terribly.

Operations eventually moved to a new collection of buildings on Brown's Island. Men worked in the heavy ammunition department, packing large shells and cannon cartridges. Women, most young, white immigrants like Ryan, did the more delicate work of making cartridges, caps and rockets. Girls as young as 9 turned out 1,200 cartridges per day.

When Mary Ryan hit the primer against the table, the resulting explosions threw her into the air, dropped her on the floor, and then lifted her again. The roof blew off. The walls collapsed. A long, dull roar echoed through Richmond.

Ordinarily, a friction primer wouldn't have created such an enormous explosion, but the building was strewn with loose gunpowder, explains Andrew Talkov, exhibition coordinator for the 150th anniversary of the war at the Virginia Historical Society. Basic safety precepts had been overlooked by combining different types of ordnance work while the main laboratory building was being enlarged.

"The most chilling account of the day," Talkov says, described a tide of Richmonders streaming toward Brown's Island, frantic to find their loved ones. Even to those hardened to the war's suffering, it was an awful sight.

Twenty workers died immediately; about 25 suffered "the most terrible agonies, blind from burns, with their hair burned from their heads, and the clothes hanging in burning shreds about their persons," the Richmond Examiner reported. Several women whose clothes were aflame threw themselves into the frigid river. One drowned.

On Sunday, funeral processions filled Richmond's streets. Many of the approximately 45 victims were teenage girls; one, Eliza Willis, was 10 years old. Ryan died Monday in her father's house in Oregon Hill. She was buried in Hollywood Cemetery.

The Confederate laboratory facilities were rebuilt and continued to make ammunition through the end of the war.

"Oh, yes; there was five weeks nobody thought I would live," she said. "But I didn't mind it, for it was in a good cause." S

Thanks to those who assisted with research for this article: Gregg Kimball, Tameka Hobbs and Trenton Hizer with the Library of Virginia; John Coski with the Museum of the Confederacy; Bob Krick with Richmond National Battlefield Park; Elizabeth Varon with the University of Virginia; and Michael D. Gorman for his excellent Civil War Richmond site at mdgorman.com.