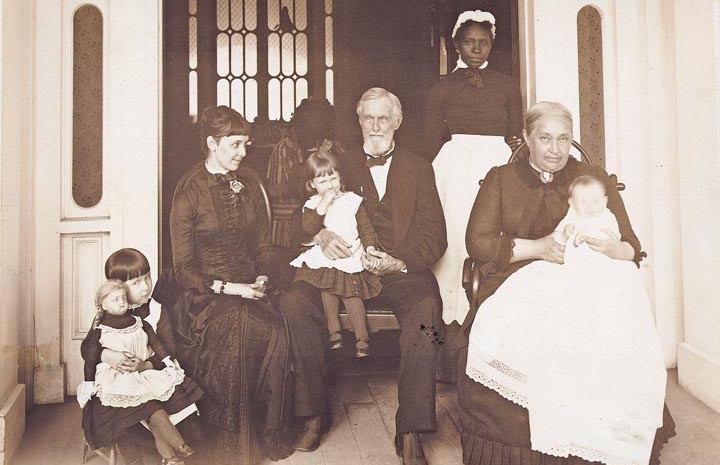 She was a Union spy in the very home of Confederate President Jefferson Davis. Or was she?

Historians have struggled to separate the threads of fact from the legends woven about Mary Elizabeth Bowser. The best guess of Elizabeth Varon, author of "Southern Lady, Yankee Spy," is that the Bowser story, which first surfaced in the early 20th century, is a retelling of the remarkable tale of Mary Jane Richards, a servant of Elizabeth Van Lew.

Van Lew was an unlikely spy: a Richmond society girl who loved the South but despised slavery. A favorite of Van Lew's, Richards was born a slave in the Van Lew household and later freed. Van Lew sent the young girl North to receive an education. Then in 1855 she dispatched Richards as a missionary to the African colony of Liberia.

Richards, just 14 when she arrived, hated Liberia. After writing letters pleading with Van Lew to bring her home, she returned to Richmond in 1859. By doing so, she broke the law; any black person who'd left Virginia to be educated in the North wasn't permitted to return. Richards was arrested and thrown in jail. She was released when Van Lew's mother told authorities she remained a slave.

Richards, who was known to use multiple aliases, married a man named Wilson Bowser in 1861. She remained in Van Lew's service until after the war, when she spent two years as a teacher and a founder of schools for freed slaves in the South. Nothing is known of her life after 1867.

It wasn't until 1900, just before Van Lew's death, that stories began circulating of how she'd placed a loyal, well-educated servant as a spy in the Confederate White House. Years later, Van Lew's niece confirmed the story and identified the spy as Mary Elizabeth Bowser. The recollections of Scottish immigrant Thomas McNiven, another of Van Lew's Richmond associates, also mention her. "Miss Van Lew ... had contacts everywhere," McNiven told his daughter. "Her colored girl Mary was the best as she was working right in Davis' home and had a photographic mind. Everything she saw on the Rebel President's desk she could repeat word for word."

In 1905 Varina Davis, the widow of the Confederate president, declared that this was flat-out impossible. "My maid was an ignorant girl born and brought up on our plantation, who would not have done anything to injure her master or me," Davis wrote in a letter.

Only recently, another bit of evidence has come to light. An article from the Oct. 7, 1865, issue of the Anglo-African Magazine describes a lecture given by "Richmonia Richards," who recounted a life that mirrors that of Mary Jane Richards.

In her talk, this Richards described an incredible incident. She went into Davis' house while he was absent, she said, pretending to ask for washing work. A clerk conducted her into the president's office, where she opened a drawer and read the papers within. "While thus employed Jeff. came in and inquired what she was doing there, but considering she was colored allowed her to go in peace." 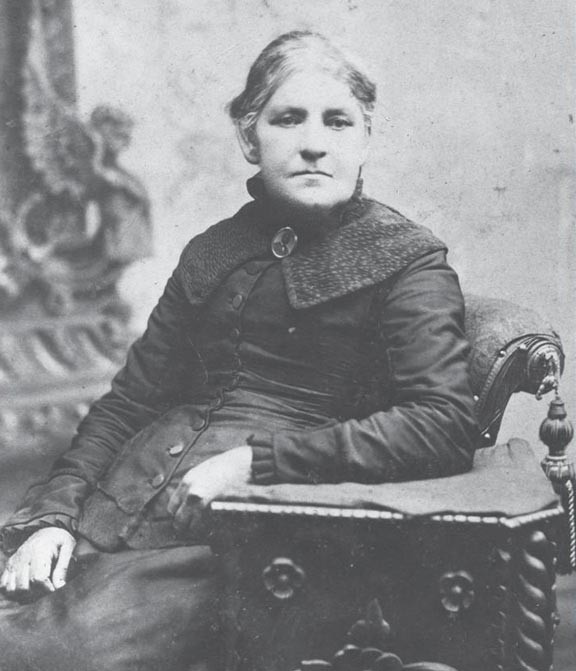 When Lucy Goode Brooks' owner died in 1858, her family was ripped apart as carelessly as an old dress is torn to rags.

The owner's heirs sold Brooks and her three youngest children to a Richmond tobacco merchant, Daniel Von Groning. He made a deal with Brooks' husband, Albert Royal Brooks: Lucy and her children could live with Albert, who was owned by another master.

But the Brookses also had four older children. To keep her family intact, Lucy Brooks made a desperate decision. She walked along Main Street, asking local businessmen if they would buy her sons and daughter and let them stay in Richmond.

Three men bought her sons, promising they could live at home as long as they worked each day in Richmond's tobacco factories. A fourth bought her daughter, Margaret Ann Brooks, 18. He promptly sold her to someone in Tennessee, breaking his promise. Like her parents, Margaret Ann could read and write, and Richmond slave owners considered this dangerous knowledge.

Lucy and Albert Brooks never saw their eldest daughter again. She died in 1862, far from home. This was the second time Brooks had lost a child; when she was younger, she gave birth to a son after her owner's son raped her. That child, too, was sold away.

Albert Brooks labored mightily to protect the rest of his family. Using money he earned from working in a tobacco factory and as a driver, Brooks purchased a Richmond eatery and a livery stable (the rent-a-car of its day). Brooks eventually bought his own freedom for $1,100 (close to $24,000 in today's dollars) and the freedom of his wife and three youngest children for $800.

The war was hard on Brooks' business. The Confederate government seized most of his equipment and all but one of his horses. Just after the war ended, police arrested Brooks for failing to carry a required pass signed by a white person. Brooks had had enough. He joined other prominent black Richmonders in sending a statement of protest to President Andrew Johnson, resulting in the abolition of the slavery-era pass and curfew laws.

Lucy Brooks found a compelling cause of her own: the African-American children in Richmond who'd been orphaned in the aftermath of the war. Many had been separated from their parents, just as her daughter and son had been, and then abandoned by their former owners after emancipation.

Brooks persuaded her ladies' charitable group, the city of Richmond and churches, notably the Quakers, to support the founding of the Friends' Asylum for Colored Orphans in 1872.

On a recent summer day, about 25 preschoolers splash in two wading pools at the Friends Association for Children in Jackson Ward. The nonprofit, the heir to the Friends' Asylum, provides child care and other services to low-income Richmond families.

"I love the story of Lucy," says Cherry Peters, interim executive director of the Friends Association. Brooks suffered beyond enduring, yet had the strength and optimism to build an organization that would last 140 years. There's only one word for that, Peters says: "audacious."