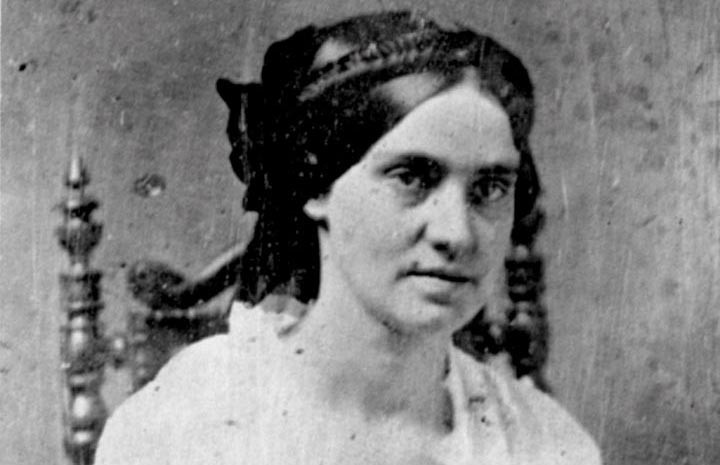 There are no big monuments to Richmond's Civil War women.

We came close: Back in the '60s, Monument Avenue almost got a Salvador Dali-designed aluminum statue of Confederate Capt. Sally Tompkins slaying a microbial dragon with a sword. But that's a story for another time.

With very few exceptions — first lady Varina Davis, Union spy Elizabeth Van Lew — the women of the war have vanished from Richmond's memory. Which is strange, because women were the ones keeping the besieged, unhappy city — and the machinery of the Confederacy — going. Upper-class white women raised money for the army and processed the government's paperwork, printing currency and sorting mail. Working-class and immigrant white women manufactured cartridges and shells. Black women, both enslaved and free, worked in factories and military hospitals.

Many men derided the "petticoat government" that was emerging in Richmond, wrote hospital matron Phoebe Pember. When Pember arrived at Richmond's Chimborazo Hospital, she overheard one surgeon say disdainfully that "one of them had come." They had no choice; Richmond was in women's hands.

You've never heard of these five women. But each one of them — sarcastic matron, enigmatic spy, courageous mother, stunning socialite and doomed ordnance maker — left her mark on this city.

Phoebe Yates Pember was a lady — something of a snob, truth be told. She didn't seem the type to get blood on her hands, much less clean maggot-infested wounds or pull a pistol on soldiers trying to steal a barrel of medicinal whiskey.

Yet she did all these things. "She was very tough. Very tough," says Robert E.L. Krick, a historian with Richmond National Battlefield Park.

Pember was born to a prominent Jewish family in Charleston in 1823, educated well and married at the age of 33. Five years later her husband died of tuberculosis.

In 1862, at age 39, Pember was offered a position as matron — akin to a hospital administrator — at Chimborazo, a sprawling complex in the East End. It was "rather a startling proposition to a woman used to all the comforts of luxurious life," Pember wrote in her memoirs. But she needed money, and so she accepted.

With some squeamishness, she recounts cutting up a raw chicken for soup her first day on the job. She'd never butchered a bird. Within months, Pember was bandaging bloody wounds, writing letters for wounded soldiers and attending to dying men.

One cold night in 1863, she was called to the bedside of a 20-year-old soldier, a "gentle-mannered and uncomplaining" fellow who'd been recovering from a broken leg for 10 months. Just that morning, the young man took his first steps with the help of crutches and a makeshift splint. But that night, he complained of pain, and Pember saw "a small jet of blood" spurting from his thigh. She plunged her finger into the hole to stop it. The sharp edge of the splintered bone had severed an artery, the surgeon said. There was nothing to be done.

"How long can I live?" the soldier asked Pember.

"Only as long as I keep my finger upon this artery," she told him.

There was a silence.

Pember fainted, and "the pang of obeying him was spared me," she wrote. 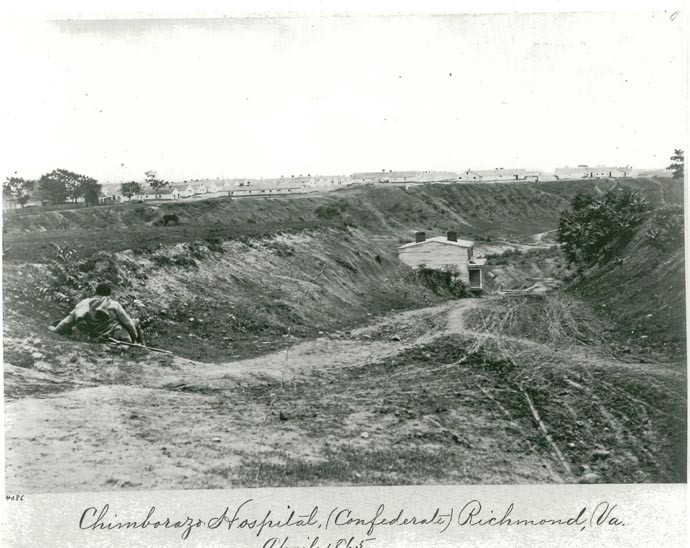 Pember served as matron for nearly four years at Chimborazo, through which 76,000 sick and wounded soldiers passed during the war. Her legacy is her memoir, "A Southern Woman's Story," which is remarkable for its unsentimental, vividly detailed and often funny description of life at the hospital.

"We're so starved for this kind of material from Civil War hospitals," Krick explains. The slim book describes the treatment of horrific wounds, surgeons' disdain for female staff, and Richmonders' battle fatigue. It even includes a soldier's recipe for rat: "baste with bacon fat and roast before a good fire quickly like canvas-back ducks."

When Union forces entered the city in April 1865, Pember continued to work at Chimborazo until her last patients were discharged. At the end of the war, she wrote, "I found myself with a box full of Confederate money and a silver ten-cent piece." She spent the 10 cents on a box of matches and five coconut cakes.

The war left her with nothing. She left historians with much.