The FBI's Most Conceited 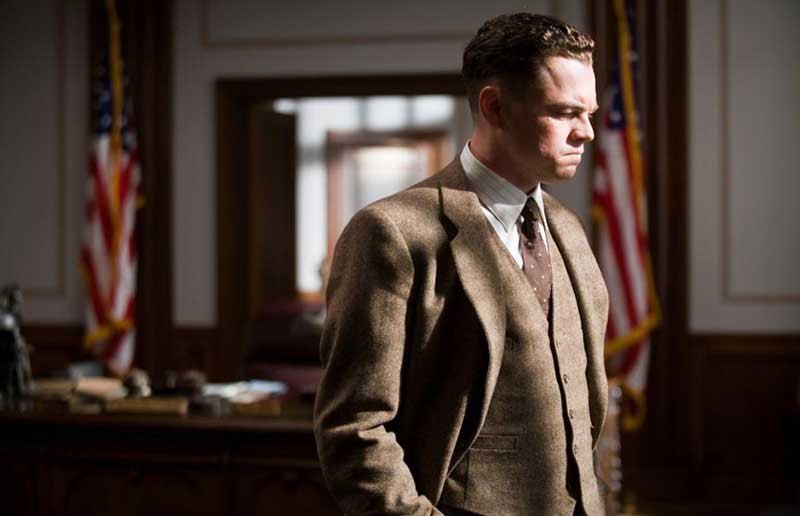 "A man's legacy is determined by where his story ends." So says J. Edgar Hoover (Leonardo DiCaprio) in dictation of memoirs that serve as the voiceover generating most of "J. Edgar," a look back at the life and career of the FBI's first and longest-serving director. Director Clint Eastwood's long history lesson about a man who grows increasingly repellant is magnificent in at least one respect: It answers that quote with a resounding question mark. What was Hoover's legacy?

It would take another movie to answer it in terms of the bureau, because "J. Edgar" is only peripherally about the establishment and growth of the FBI. Like Hoover's tall, handsome right-hand man Clyde Tolson (Armie Hammer), the movie never leaves its subject's side as he grows from single-minded young G-man into an all-powerful director with an ego to match that becomes, long before his story ends, monstrous.

Written by Dustin Lance Black, who won the 2008 Academy Award for best original screenplay for "Milk," "J. Edgar" isn't quite Eastwood's "Aviator" (despite its lead) but places on the better side of similar movies like "Hoffa" and "Nixon." (Tricky Dick turns out to be the one man who strikes fear in Hoover. Perhaps he finally met his match in unscrupulous, relentless power mongering.) The movie is tightly controlled, studiously attentive to detail, protracted in mission, impeccably acted, and even a little weird around the edges — all like the man it's about.

The one thing Eastwood unequivocally captures is what Hannah Arendt called the banality of evil. Like the Nazis, Hoover is obsessed with record keeping and efficiency. His story begins, after the movie sets up its flashback device, with the man in his early 20s, busy in the early 1920s with what was then the Bureau of Investigation, beating back leaflet-bearing communists, socialists, anarchists — any kind of threat Hoover discerns, and keeps discerning, in ever-changing forms, throughout the film. Whether it involves rabble rousers or Tommy-gun-toting gangsters, the movie leaves the bad guys vague, focusing on Hoover's rise and beady little eyes. They perceive danger everywhere, ever present. Reliably he reacts vociferously every time, in the process — according to him — revolutionizing law enforcement.

As he dictates to his ghost writer, it's he who creates a centralized database of criminal profiles and fingerprints, develops forensic science in the FBI crime lab, and constantly pushes Congress, presidents and anyone with power who will listen to grant him and his organization more power. Subtly, Eastwood's film asks: "to what purpose?" It's a question that haunts the film and Hoover's innovations, each stage of the FBI's development either impressive or specious, depending on the angle.

The most significant example is the kidnapping of Charles Lindbergh Jr. in 1932, the infant son of the world-famous aviator. With a nation riveted by the (new) media surrounding it, the case was deemed a national tragedy of great importance, but its very status as top obsession of a man such as Hoover — who berated his agents for improper mustache length and took a girl on a date to the Library of Congress to show her the card catalog — says much. It was a personal tragedy but it was also one isolated crime. And it led to dramatic expansion of government power, much of it in the control of one unelected and extremely petty man.

In the film, Hoover surrounds himself with like-minded allies. His secretary, Helen Gandy (Naomi Watts), reminds one of Hitler's secretary, Traudl Junge, honored to be near greatness. But Helen is so much more clever and dedicated. She suggests building a platform behind Hoover's desk so that he's taller than the new agents he's interviewing, even Clyde, Hoover's most eager enabler. Clyde is Hoover's second, his loyal confidant, constant companion and, it's suggested, at least a little more. (Both Gandy and Tolson are suggestive replacements for J. Edgar's doting mother, played by Judi Dench. Hoover died a bachelor.)

As with the true nature of Hoover's contribution to society, we're left wondering about his personal life. But there's two points to the ambiguity. One is to emphasize what Hoover was above all (in the film's eyes): a consummate, world-class hypocrite and liar — who demands loyalty above all. Hoover shows none, not even to the country he relentless claims to defend. And what is the end of his story, his legacy? Who knows? The final, devastating, dire warning of Eastwood's film is that this powerful, vindictive, self-important man, was, as so often, merely bullshitting. (R) 137 min. S