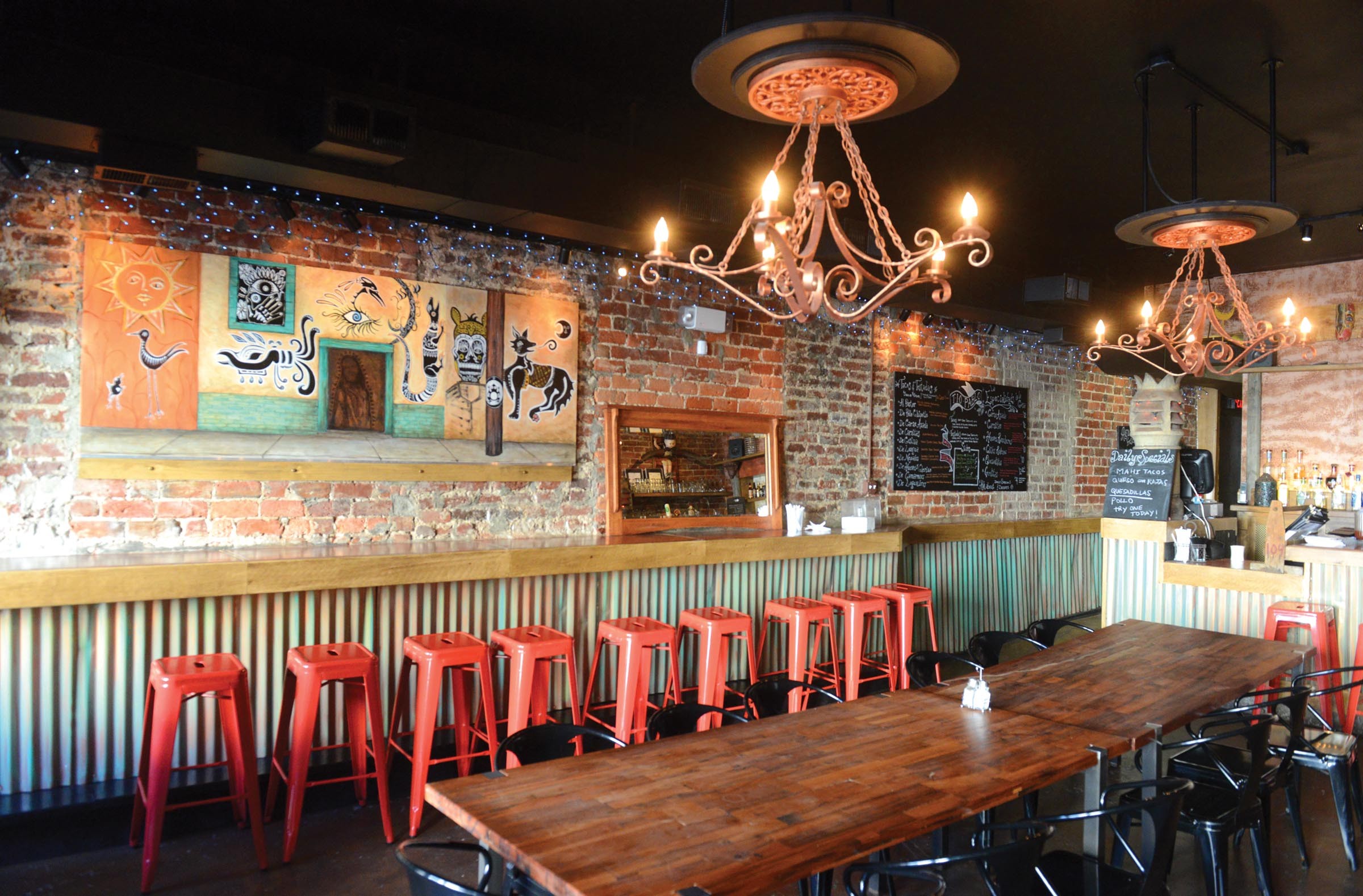 Even after four years, Balliceaux at 203 N. Lombardy St. is the first place that comes to critics' minds for atmospheric appeal. "It's unique and catches my breath," Ellie Basch says. "The long, narrow entry only makes the cavernous back room even more impressive."

Music lover Karen Newton adds: "I'm in Balliceaux at least once a week, and its sleek and very un-RVA vibe is still a thing of beauty. They've made some minor modifications over the years, but it's still a place that impresses."

"Balliceaux is stunning," Genevelyn Steele says. "It's a place I like to show off to out-of-town guests who've seen it all."

Same with the Roosevelt at 623 N. 25th St., where gently historic warmth and a subtle palette already have inspired copycats. "I always like the handsome facade at the Roosevelt and its someone's-dining-room feel," Basch says. "It welcomes guests warmly as soon as they step over the threshold."

At the splashier end of the design spectrum, the tiny Tio Pablo at 1703 E. Franklin St. "gets bonus points in my opinion for opening in Shockoe Bottom," Steele says. Owner Paul Keevil's wife, Linda Lauby, "has a unique design aesthetic that celebrates South America without looking cartoonish. Everything in the restaurant was painted or designed by her hand."

Another favorite comes in shades of green. "Selba's garden room is unique," Steele says of the Fan District cafe, "and I didn't think they would be able to maintain it at the level of beauty that they have, but they have done so."

Garage-style windows that are springing up at watering holes around town are an automatic draw, with Galley in Stratford Hills and On the Rox in Shockoe Bottom among Robey Martin's favorites. And the expansive canal-side Casa Del Barco, with its rough-hewn industrial swagger, is a new landmark in Shockoe with an architecturally stunning sibling, the Boathouse, still catching gazes in Rocketts Landing.