The Ecstasy and the Agony

"Shame" asks whether men, and movies, can be too enigmatic. 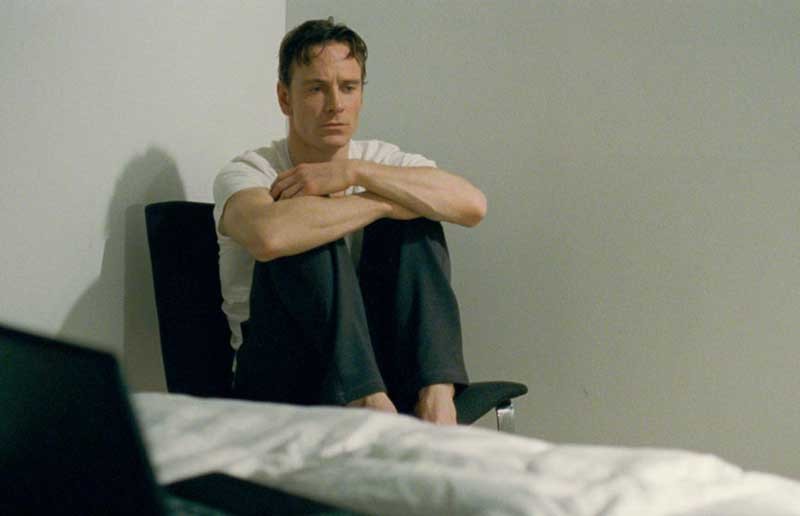 " Shame" is fascinating while it lasts and disappointing when it's over. That's both a criticism and a recommendation.

It's difficult to explain, but the director, Steve McQueen, doesn't seem to go in for a lot of explaining himself. His previous film, 2008's "Hunger" — a combination of gorgeous photography and excruciating violence — required viewers to figure out for themselves who the prisoners in the story were and what they were doing in prison. The subject of "Shame" is vastly different, but also lacks back story, resolution and other helpful conventions, and this can be frustrating, especially when some things don't add up.

"Shame" has a spare plot. We meet this guy (Michael Fassbender). He lives alone, in what looks like a nice though not glamorous New York apartment. Later we learn his name is Brandon. Brandon gets up every morning and walks around for a while (usually naked, mind you, if you have any aversion to that). He goes to work somewhere (clothed). Every night he comes home and repeats, rinsing in the morning. Sometimes a woman comes over. Sometimes he gives the woman money. Sometimes a woman leaves a voice mail on his phone. Often, actually. Invariably the woman wants to know why Brandon hasn't called her back. Invariably he doesn't.

And we're sort of like the women, wanting to get to know Brandon better but being shut out. That enigmatic stuff can be tantalizing to audiences as well as women, but it also can induce greater scrutiny, under which "Shame" doesn't always hold up so well. Either way, you might question why you're learning about someone when you might never learn why.

But you do get to know the characters somewhat. Brandon has an infrequent interruption in his life: a sister — a vivacious, energetic and slightly eccentric younger sibling of college age named Sissy, played by the vivacious and extremely cute Carey Mulligan, who first surfaced in a leading role in the 2009 film "An Education." While Brandon has hardened into a steely, unsentimental automaton of regularity, Sissy still shimmers with unpredictability, caught in the youthful moment between whim and desire. She wants things: to make something happen with her life; to reconnect with her brother. But there's something between them. Brandon belittles Sissy's vagrant qualities, traits he doesn't see as completely typical of her youth.

What's the whole story between them? The movie isn't telling, but it's hinting. Again, we only get impressions, innuendo. Brandon doesn't want Sissy sleeping in his bed, that's for sure. "Shame" isn't a typical drama, but the story, by McQueen and his co-writer Abi Morgan, does play with our emotions, especially about the contrast between these two siblings and the difficulty they have just loving each other.

McQueen first made a name in the London art scene with a short film about two naked men staring at each other. Sometimes he boils the drama in "Shame" down to the way one character looks at another. At other times he provides massive detail all at once in a way that can be just as ambiguous, as in the pornography situation with Brandon's work computer. "Your hard-drive was filthy," his boss (James Badge Dale) tells him, along with other comments we have no way of knowing are ingenuous or not.

"Shame," a rare NC-17 film, is getting typical labels around the mainstream media, with articles and other commentary tending to diagnose the Brandon character as a sex addict, therefore diagnosing the movie about sex addiction. Would it were that simple to know, but "Shame" ends with a lot of questions. What happened to Brandon and Sissy, and what's going to happen to them? We don't know, like we've listened in on them, and have emerged with only part of their story.

With so much inferred, so much left out, it's difficult to call "Shame" a movie about any one thing. You might enjoy seeing it again, or discussing it, but only because it's so open to interpretation. That has value, but maybe too much like the value of an art film for a theatrical release. (NC-17) 99 min. S