The Eccentricities of a Playwright 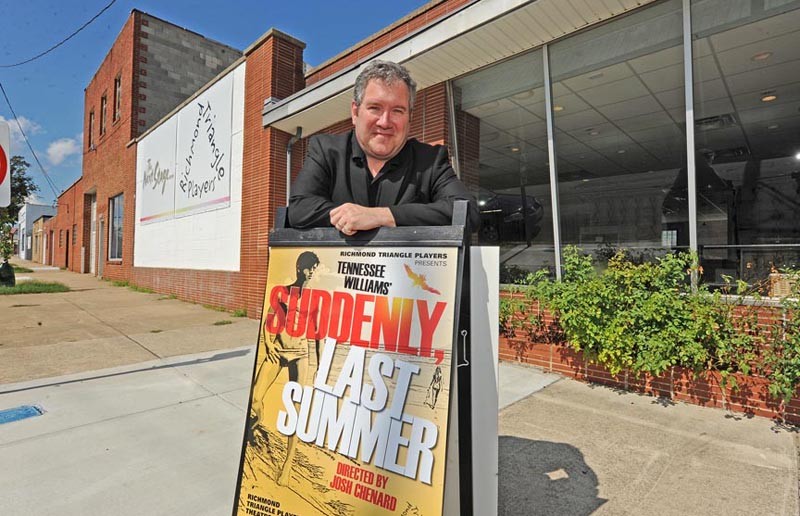 One hundred years since his birth, the works of Tennessee Williams have made their mark on American culture unlike any other playwright. Balancing poetic language and savage characterizations, gentility and violence, Williams' plays explore the darker side of humanity.

In honor of his 100th birthday, the Richmond Triangle Players and the Firehouse Theatre Project have joined to hold the Tennessee Williams Centennial Celebration. The first staged production will be Firehouse's "Cat on a Hot Tin Roof," opening Sept. 15.

"It's a monster," director Rusty Wilson says of the show. "We grapple with the themes of isolation and the struggle to communicate." Wilson directed last year's "Who's Afraid of Virginia Woolf," nominated for seven awards from the Richmond Theatre Critics Circle next month.

Firehouse also will play host to a reading of "The Night of the Iguana," Williams' play about a former Episcopal minister in 1940s Mexico. "That play is really funny," says Carol Piersol, the artistic director of Firehouse. "It's got both [Williams'] comedy and poetry in it."

Philip Crosby, the managing director of Richmond Triangle Players, says his company is excited to be a part of the festival. "It will give everyone a sense of the playwright and who he was," Crosby says. Opening Sept. 28 is the Triangle's "Suddenly, Last Summer," a play that ranks among Williams' darkest. "It's a tour de force for the two actresses," Crosby says. The play centers on a woman who witnesses the death of her cousin while vacationing in Europe. Triangle also will present a staged reading of his play, "Vieux Carré."

"It's one of the few Williams plays that has explicitly gay characters in it," Crosby says. "I've got a soft spot for the works of Williams. I don't think he gets done as often as he should these days." Part of the reason Williams isn't staged often is because of the extremely large casts that his plays include, often upwards of a dozen actors.

"When you have an opportunity to see these shows you should. These are landmarks of theater," Wilson says, adding that Williams' works have been some of the most influential on his career in theater.

The companies also will play host to screenings of the film versions of "A Streetcar Named Desire," "The Glass Menagerie" and "The Eccentricities of a Nightingale." In Richmond, the man who took on social norms both in his work and in life is getting the tribute he deserves. "At a time when it was a deal breaker being flamboyantly gay," Crosby says, "he really didn't give a damn." S