Almost 230 years ago, on a Henrico County farm, they became free. And they never left. 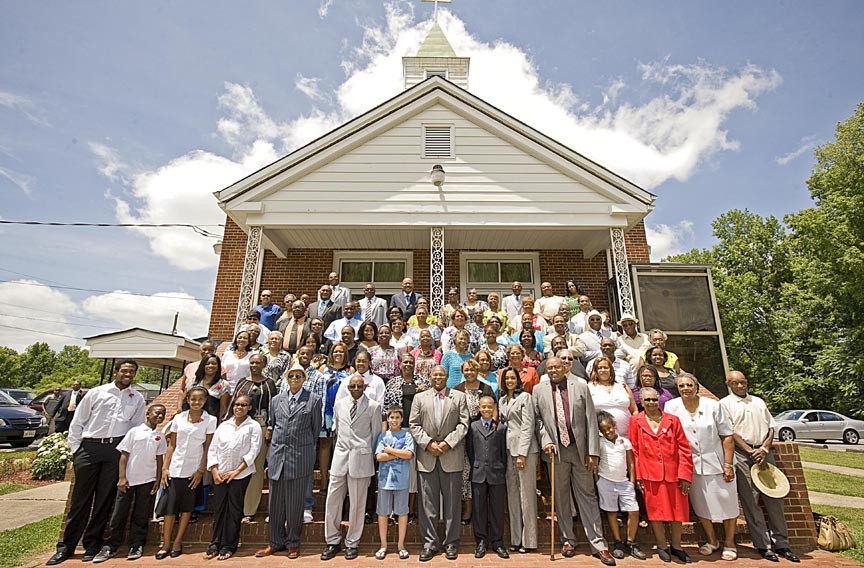 When he was just a child, William Anderson posed a question to his maternal grandfather: "Who owned us?"

That was the first hint that there was something unusual about Gravel Hill, the tiny, rural community in eastern Henrico County where Anderson grew up.

The residents of Gravel Hill only recently began to uncover how remarkable their story is. How their ancestors were freed in the late 1700s, long before the Emancipation Proclamation. How they settled on 350 acres, becoming one of the first communities of free blacks in Virginia. How 150 years ago, two armies clashed there, obliterating everything. And how the families returned, rebuilt and thrived.

"The white man wrote the history books, and our history got shoved to the side," Gravel Hill resident James Greene says. For the first time, they're telling that history and inviting others to hear it.

From the outside, Gravel Hill looks perfectly ordinary: a collection of small, tidy ranch houses spaced along Long Bridge Road, only 12 miles southeast of Richmond. A brick community center, formerly a school, and a church stand near the intersection with Carters Mill Road.

But approximately two dozen households here are descended from the families that lived here in the 1700s, including the Atkins (or Adkins), the Sikes (or Sykes), the Pleasants, Tylers, Youngs and Bagbys. Greene's wife, Wilhelmina Atkins Greene, is one of these descendants. So is the Rev. Tyrone Nelson, a member of the Henrico Board of Supervisors.

When Quaker landowner John Pleasants died in 1772, his will stipulated that his son, Robert Pleasants, free the slaves older than 30 who he'd inherited. That's exactly what he did in 1782, once the General Assembly voted to legalize manumission by private citizens. But other heirs protested, and the matter went to court.

A famed lawyer who later became chief justice of the United States, John Marshall, represented Robert Pleasants, successfully arguing that property laws did not apply when human liberty was involved. After years of legal appeals, the former slaves won their freedom for good and settled on the land Pleasants had given them, then called Gravelly Hill.

The Civil War threatened their hard-fought freedom. Some residents were abducted and forced to work for the Confederacy. On June 30, 1862, Confederate and Union troops clashed at Gravel Hill in what became known as the Battle of Glendale.

One projectile landed at the feet of Anderson's great-grandfather, who was a little boy. His family screamed, "'Run, Edie, run, run!'" Anderson says. "And he just froze. And fortunately it didn't detonate."

Gravel Hill's residents fled the battlefield. "They came home to nothing. Everything was gone," Greene says. One family's house had been commandeered as a hospital. When they returned, it was stripped of furniture, and the walls were spattered with blood.

Most stories of that time have been lost. "The only history we learned was what was taught in school," says Elaine Robinson, another longtime resident of Gravel Hill.

"Our ancestors didn't talk about the Civil War," Greene says. He's lived right next to the Glendale battlefield for 31 years, but didn't know it until a couple of years ago. That's when Bert Dunkerly, a ranger with the Richmond National Battlefield Park, approached Gravel Hill residents about sharing their story as part of the park's observances of the 150th anniversary of the Civil War. Some families, including the Greenes, recently were recognized by the Civil War Trust for selling some 90 acres of the battlefield site to the trust for preservation.

"We didn't even know we were poor," Wilhelmina Greene says. If you needed something, you asked a neighbor, who probably was also your cousin. Gravel Hill was forced to be self-reliant, Anderson says: "In the era of segregation, African-Americans really depended so strongly on each other."

Today, Gravel Hill's residents no longer live off the land. Children have grown and moved — some 10 minutes away, some to other states. A large housing development called Mansfield Woods is planned just down the road, although construction is stalled, threatening to erase some of the area's rural charm.

Yet the families are as close as ever. Almost everyone attends Gravel Hill Baptist Church on Sundays, followed by a huge brunch or barbecue at someone's house. When a family member dies, Greene says, "your house gets flooded with food."

Even though Anderson, 64, lives in Charlottesville and works as a clinical psychologist at the University of Virginia, he still owns a house in Gravel Hill. On holidays, he says, "even though my mother and father are dead, I want to go home. And I'll be with family."

Will Gravel Hill always draw its children home? "Always is a long time, but I would think so," Anderson says. "I think so." S

The public is invited to visit Gravel Hill during its Civil War to Civil Rights celebration June 30 and July 1, on the 150th anniversary of the Battle of Glendale. Tours, lectures, entertainment and concessions will be offered 9 a.m. to 5 p.m. Saturday and Sunday. 5417 Longbridge Road, 516-2910.