The Death of a DJ

Family and friends mourn the mysterious murder of a Chester native in Miami. 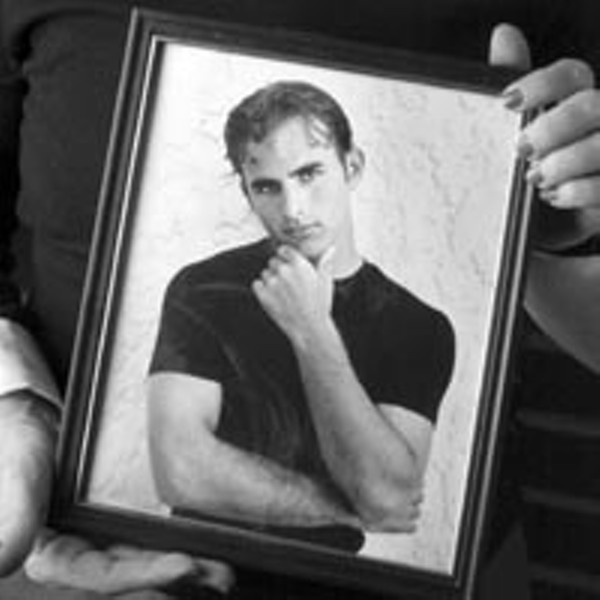 “R.J. was a mechanical and electronics genius,” says another friend, D.C. tattoo artist Tino Anthony. “That was his talent.”

Lockwood, who lived in Richmond until 1999, had other talents as well. He was a sometime DJ, spinning records at the former Richmond nightclub Cafine’s between 1997 and 1999. He was also a graphic artist and adept at fabrication with metal and stone. But his main talent, both friends and family say, was for friendship.

It is a talent well-documented in cyberspace, where photos of Lockwood and his friends can be found on several sites. One of them is Myspace.com, an Internet meeting and communication forum popular with twentysomethings. Lockwood’s Myspace page features photos of the darkly handsome, heavily studded and tattooed Lockwood along with photos of 17 similarly bedecked friends, most of them partying or mugging for the camera. A few have sent messages to the site since his death. “RIP angel,” one says. “gonna miss you, buddy,” says another.

Sitting last weekend in her darkened Chester living room, candlelight flickering over a lifetime of photos of the son she called “Bobby,” Cheryl Hahn wondered if the same qualities that made him such a good friend to so many people — his open heart, his loyalty and his refusal to judge anyone — also might have made him vulnerable.

On New Year’s Eve, Lockwood had everything to look forward to. He was living in the beautifully appointed Miami art studio of two friends. He had a plane ticket to D.C. for the following day and the promise of work when he arrived. And he had a new girlfriend with whom he planned to live.

Four days later, when his roommates, Mareon Christian and Stefan VonFouts, returned from Christmas vacation, they found their friend dead. Christian and VonFouts run an “atmospheric architecture” firm. The studio, located in the Rectangle Artspace in an evolving art district in Miami, was to have been a showcase for their company, 01eden. They have since abandoned it.

“We lost R.J. and we also lost our dream,” Christian says. “We can’t live there anymore. We’ve been staying in hotels since this happened. We’re trying to find another place.”

The Miami police will say little about the case. “We have leads and we are pursuing them,” says homicide detective Moises Velasquez.

Lockwood’s friends, meanwhile, have been able to piece together his last evening with cellular phone records. According to Wilt, Lockwood was on the phone that night for hours. He told friends he was spending most of the night at home, but that his girlfriend and a friend of hers were coming over later. After that, the three of them planned to go out clubbing.

“What we think happened is that he must have let them in and then forgotten to lock the door behind him,” Wilt says. “And then something went wrong. Maybe someone who was following one of the girls came in. There were two beers and a screwdriver [a drink] on the counter when they found him, as though he had or was expecting guests. He was on the phone at 11:36 p.m., and then the next call, at 11:57 p.m., was to 911.”

If and when someone is arrested and tried for the murder of her son, Cheryl Hahn plans to go to Miami and attend every single day of the trial, she says, “if I have to sell the house to do it.”

“No one has the right to do this to anyone,” she says. “To destroy my family. To take so much from so many people.” S

Anyone wishing to contribute to a fund to defray the cost of Lockwood’s funeral and burial, or to a collection of memories posted by his friends are directed to his memorial Web site, www.rjlockwood.com.