These high-energy musical acts are guaranteed to get people out of their seats.

Nathan Williams and the Zydeco Cha-Chas

Super Chikan and the Fighting Cocks 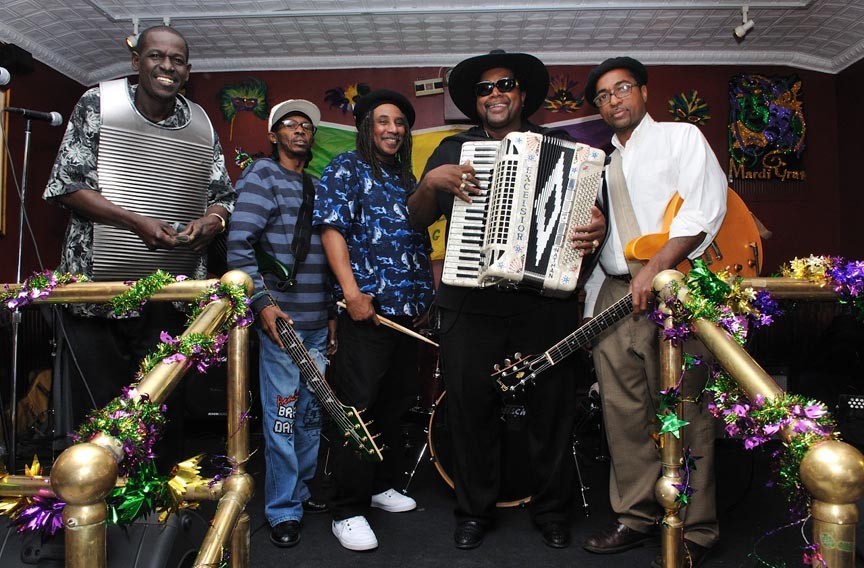 When veteran performers receive lifetime achievement awards, sometimes it's a gentle nudge to the sideline or a parting gift to an artist whose best years are long gone. But Nathan Williams, of Nathan and the Zydeco Cha-Chas — who recently received one in honor of his 29 years in the music industry — isn't about to hang up his accordion straps anytime soon.

Williams' love of zydeco music began when he was a child growing up in Louisiana, overhearing the fast-paced sounds coming from clubs and joints he was too young to enter. Since, he's put out several CDs, been named to the Louisiana Hall of Fame and become a mainstay of the festival circuit, playing for blues, jazz and folk music fans.

"Wherever you're at, I can make you rock," he says. "If you don't get up and shake a leg, you better call the undertaker."

James "Super Chikan" Johnson was born into the blues. The nephew of acclaimed blues musician Big Jack Johnson, he grew up working on farms in the Mississippi Delta, where he earned his nickname for his penchant for talking to chickens. His first instrument was made of a box and baling wire. Eventually he upgraded to a thrift-store guitar, but Johnson put his musical career on hold for years and became a truck driver, writing songs when he got a chance.

He came off the road long enough in 1997 to release his first CD, "Blues Come Home to Roost." He's laid four other CDs since then, the latest being "Welcome to Sunny Bluesville," recorded in Washington with his band the Fighting Cocks.

His modern take on the Delta blues has won him five Living Blues Critics Awards. In 2004 Johnson nabbed the Mississippi Governor's Award for Excellence in the Arts. It also helps to have God on your side, as Johnson reportedly is Morgan Freeman's favorite bluesman.

When Lance Lipinsky was a junior in high school, he politely excused himself from class and never went back. Lipinsky moved to Las Vegas and found a wide-open lane when he realized no one was paying homage to pioneering rock 'n' roll pianist Jerry Lee Lewis. Since, the 27-year-old has been wowing crowds with his tributes to the volatile and energetic performer who influenced his life.

Lipinsky, who has fond memories of his father's extensive record collection and '57 Chevrolet, says the music of the mid-'50s and '60s resonates with him because of its innocence and excitement. He adds that the recent success of artists such as Amy Winehouse and the Black Keys with retro sounds lets him know that he's on the right path.

"I think we've finally reached a time in history where it's OK to dig into our archives," he says. "There's nothing wrong with continuing a legacy. It's just the evolution of what happened in the past."