Produced by a Richmonder, a new HBO doc highlights the unrecognized contribution of casting directors. 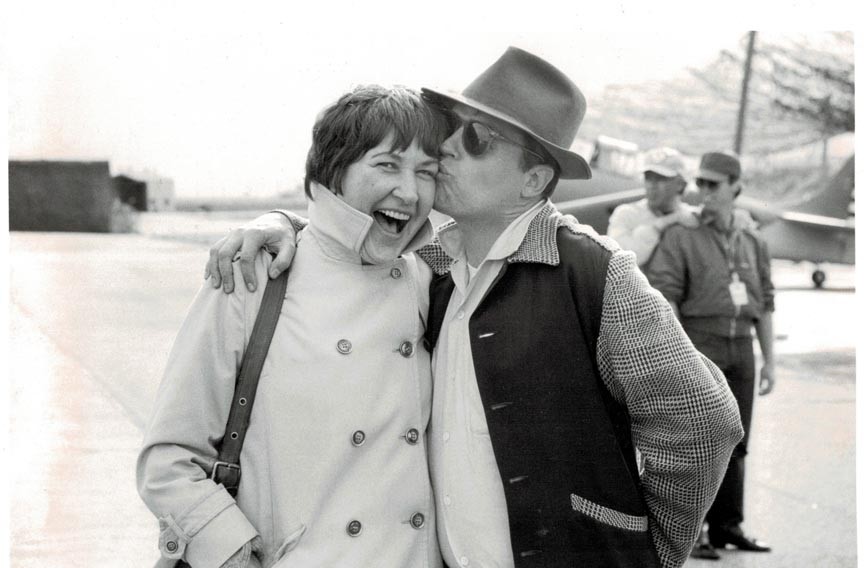 It’s sad but true that even after more than 100 years of moving pictures, the vast majority of credits go to men. Except for one: the casting credit, which disproportionately goes to women. A new documentary, “Casting By,” provides some reasons why in its goal to shed light on an important but long-neglected component of filmmaking.

The documentary, which airs Aug. 5 on HBO, was executive produced by the independent filmmaking company Creative Chaos Venture Media Group. One of the company’s founding partners is longtime Richmonder Steve Edwards. And there’s already Oscar buzz.

Directed by Tom Donahue, “Casting By” examines the evolution of the casting director beginning in the late 1940s, when the old studio system began to collapse and important filmmaking jobs began to be farmed out to independent companies.

One person in the right place at the time was Marion Dougherty, who began working in New York as a casting agent for Kraft Television Theatre, a live drama series that began airing in 1947. The doc follows Dougherty’s rise in television and her influential approach as a casting director, along with some others who helped revolutionize the role.

Eschewing the old-fashioned typecasting favored by studios, Dougherty scoured off-Broadway plays for looks and performances suited to a new interest in realism. Where the studios wanted movie stars, Dougherty wanted actors, ones who could convincingly portray the often everyday characters written in the television shows such as Kraft’s, discovering James Dean, Robert Duvall and many others in the process.

Soon she was working on numerous television shows and even film projects from a remodeled New York brownstone filled with assistants, the occasional writer and an often cowering Woody Allen, too shy to deal with casting directly.

Dougherty hired only women, a practice that may have led to the preponderance of female casting agents in the industry.

One of those hires was Kate Lacey, a former intern of Dougherty’s who produced the film. Lacey brought the idea to Donahue, who had been looking for a promising project with Edwards for Creative Chaos. They found a good one.

“Casting By” isn’t just a profile but an argument that the contributions of Dougherty and her fellow revolutionaries went shamefully unrecognized, especially in the 1960s and ’70s. Dougherty didn’t only discover new talent, but also was instrumental in pushing for important casting decisions, in both starring and supporting roles. Without Dougherty, it’s possible there would be no Jon Voight as Joe Buck in “Midnight Cowboy,” and that someone besides Dustin Hoffman would have had an affair with Mrs. Robinson in “The Graduate.”

Dougherty and her contemporaries helped discover Jodie Foster, Susan Sarandon and Sam Waterston, and made sure Paul Newman and Robert Redford were Butch and Sundance (and not the other way around). Dougherty paired Carroll O’Conner with Jean Stapleton in “All in the Family.” Yet she rarely received a credit, and never an Oscar. In fact, no Oscar existed for that credit — not then, and not now.

“The time is coming for this to be re-examined and rethought,” says Martin Scorsese, one of many celebrity voices that lend credence to the major contributions of Dougherty and her contemporaries (Dougherty died in 2011). He may be right, but although the time might be coming, the best time might have come and gone.

“Casting By” also explores the takeover of the film industry by conglomerates in the late ’70s and ’80s, when casting became as much a corporate decision as an artistic one. This development suggests we may have missed our opportunity to honor some of the best casting work in American film history.

Even so, “Casting By” is an enjoyable and informative trip back into a magical period of the New Hollywood, the brief time between the studio and corporate systems, a time of innovation and the auteur — a time that, arguably more than any other, left filmmaking to the filmmakers. The period has been thoroughly examined for the contributions of its writers, directors and producers, and now it finally has a tribute to the people who gave them their stars.