The Cost of Silence

In the wake of the Connecticut school shooting, we need to demand courage of our leaders through open, honest and rational debate. 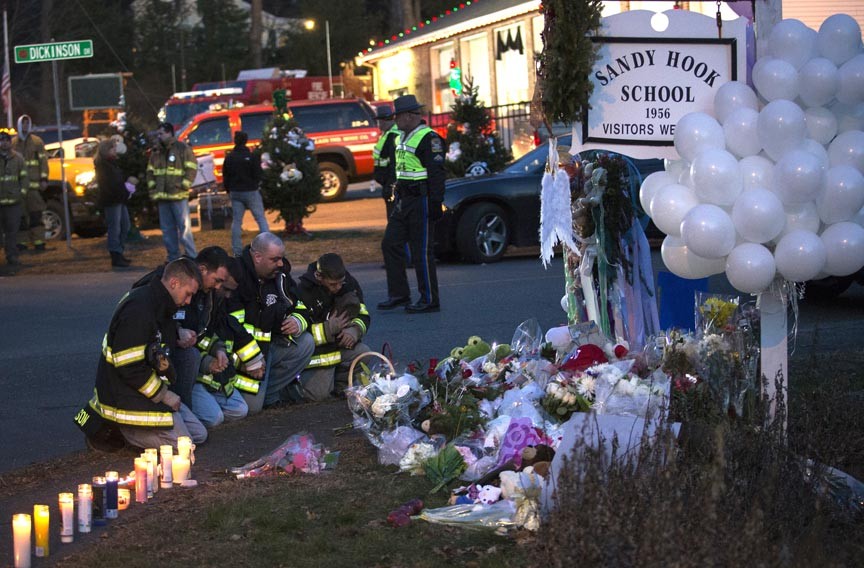 Last Friday morning, America experienced its seventh mass killing of 2012. An unspeakable act of madness resulted in the deaths of 20 elementary schoolchildren, four teachers, a school psychologist and the school's principal.

Some of the adults died performing acts of heroism. From early reports, Principal Dawn Hochsprung died trying to disarm the killer with her bare hands after he forced his way into her school.

Shortly thereafter, Vicky Soto, a 27-year-old teacher with a smile that could melt a glacier, was gunned down after hiding her students and putting her body between the gunman and their hiding places.

First, we should celebrate their names rather than that of the killer. We give these mad dogs far too much publicity, which only serves to encourage the next anonymous loser to seek posthumous infamy by taking an even greater number of innocent lives.

Second, we should celebrate the heroes by way of contrast with our so-called leaders, who continue to cower at the thought of offending the all-powerful National Rifle Association and the rest of the gun lobby. We should remember those who laid down their lives to protect children — and compare their conduct with that of elected officials who won't even risk re-election to do the same thing.

Within hours of the news from Sandy Hook Elementary, the national media entered a cycle we have seen, over and over, for decades.

Passionate voices were raised in favor of doing something about the easy availability of offensive weapons in a country with its fair share of mentally troubled people.

This is always the first response: demands for rational, effective, legal reform from those who understand American society, along with fanciful schemes for the elimination of all firearms from the clueless.

These cries — both the rational and fanciful — are quickly met with massive counterstrike by the indoctrinated defenders of unrestricted personal weaponization. A flood of bumper-sticker slogans, questionable facts and pretzel logic — underscored by a tone of paranoid rage — is enough to discourage the timid from pursuing the subject.

Then come the peacemakers, with plaintive calls for suspension of the debate. "This isn't the time," they cry. "Think of the children! Think of the families! Pray to God for peace!"

And this is what the political class counts on — those good-hearted souls who find it unseemly to debate public policy when we should be sending flowers and teddy bears, and flocking to places of worship to pray to a God who (if he exists) is clearly in no hurry to protect little kids from bloodthirsty madmen with military weapons.

Once the voices of compassion are raised, the politicians come out from cover and join in the flood of empty words and cotton-candy comfort which does little for the bereaved and traumatized — and absolutely nothing to protect the next bunch of schoolchildren, moviegoers, shoppers, or worshippers targeted by an angry, unbalanced loser.

It will go on, endlessly, until ordinary Americans find the courage of Dawn Hochsprung and Vicky Soto and demand that our politicians do the same.

The courage to do what, exactly?

The courage to debate — openly, honestly, rationally — what steps our society might take to address a mounting tide of mass murder, which amounts to the equivalent of a domestic al-Qaeda.

Many civilized democracies have managed — without violating the rights of law-abiding citizens — to drastically limit the availability of assault weapons to madmen and bad men. We should find out how.

No one remotely familiar with American society could believe that any elected government would attempt to ban all firearms, or that it would succeed if it tried.

But rational weapons laws are manifestly necessary, and they will come only when we are prepared to have a debate — an open, honest, passionate, sometimes angry debate — about what our laws should be.

It's called democracy — and those who would impose a sort of gag rule preventing the mere discussion of the subject are, for all their pretensions, the enemies of democracy.

We can start by realizing that flowers and teddy bears, compassion, even prayers, are not the answer. If there is a God, this is apparently one of those problems he expects us to solve for ourselves.

The place to begin is by talking about it — and demanding that our politicians talk about it. This won't be easy. The chief weapon of the gun lobby is intimidation. The appropriate response is counterintimidation.

So from now on, no progressive or liberal candidate who refuses to discuss guns in an honest, courageous manner will get my vote. Even if that means victory for someone whose position I find loathsome.

If enough rational, well-intentioned Americans took that stand, our politicians might begin to find their courage.

We should demand courage of our leaders. We should help them find it.

After all, Dawn Hochsprung and Vicky Soto found theirs. S

'Rick Gray is a graduate student in Shakespeare and performance at Mary Baldwin College, and writes a column for the Village News in Chester.