Our first contest featuring the cartoonists of Richmond - on Richmond. 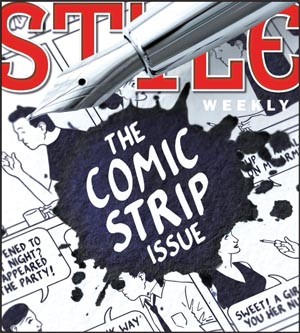 And, so, the big questions surrounding the first Style Weekly Comic Strip Issue have been definitively answered: Is Richmond really a comics town? And would Richmond's creative doodlers really respond to a special Style comic challenge?

Emerging from the mailbag was a formidable (and intimidating) pile of pen and ink, of brush and paint, of pencil and charcoal, of zip-a-tone and stipple; 'toons drawn with a Bic on notebook paper, encased in sandwich bags, others meticulously drafted with Grumbachers, tucked safe between foam board and bubble wrap.

And when we asked for cartoon ruminations on the subject of Richmond, we hardly expected the resulting diversity of approach and subject matter — as wide ranging as an epic Windsor McKay-Doug Wilder mash-up, an expressionistic take on dancing in Shockoe Bottom, a history lesson courtesy of a salamander and jaundiced takes on subjects as disparate as Richmond apathy, Edgar Allan Poe, Martin's Supermarkets, River City potholes, Buz and Ned's, the James River, Hollywood Cemetery and Diamond Duck.

Everything is fair game. So welcome to the world contained in Style's first Comic Strip Issue, in which our fair burg has been rendered, shaded, word ballooned, satirized, caricatured and punch-lined to the point of absurdity (and sometimes profundity). Get some ink on your hands and join us. — Don Harrison

Click on the thumbnails to see each entry in a larger size. 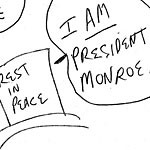 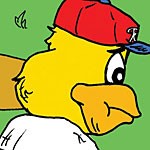 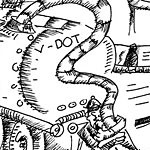 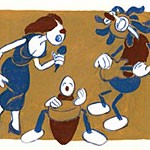 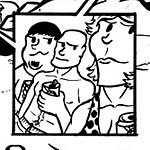