With a fresh artistic start, local actress and writer Irene Ziegler is shaking off a horrific year. 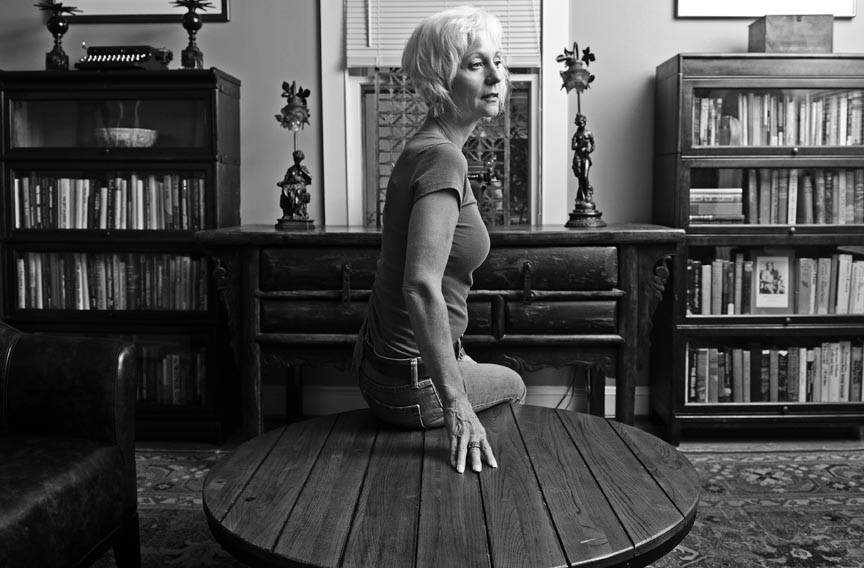 Shortly after her husband left for work, the men entered Ziegler's home in Charles City County and put a gun to her head, the playwright says. They bound her with duct tape, searched her house for valuables, then fled. Four hours passed before her husband discovered her, still bound on the kitchen floor.

The case remains unsolved. Ever since then, things haven't been quite the same for Ziegler. Ten days after the home invasion, her husband asked for a divorce. Then she had a car accident. Now she's moving to Richmond.

But Ziegler, 56, isn't letting adversity keep her out of the spotlight. This week, the critically acclaimed actress, playwright and author is staging a reading of her new play, "Miss Palmer's School of Penmanship and Civil Behavior." The show, starring local actress Jacqueline Jones in the title role, links the decline of penmanship to the decline of civility. Ziegler's last work to hit the Richmond stage was 2009's "Full Plate Collection," which won the Richmond Theatre Critics Circle award for best locally developed work. In the interest of disclosure, I'm a member of the circle.

Ziegler has also begun acting again for the big and small screen. She recently shot an episode of the television show "A Haunting," and just finished a film role in the Nicholas Sparks adaptation "Safe Haven," scheduled for release in February. She plays a woman escaping an abusive husband alongside two-time "Dancing with the Stars" champion Julianne Hough. In 2008, she had a role in another Sparks movie, "Nights in Rodanthe." While most on set were star-struck by the film's leading man, Richard Gere, Ziegler was more excited to be working with "Angels in America" director George C. Wolfe.

Not all of Ziegler's brushes with fame have been so positive. While on the set of "G.I. Jane," Ziegler encountered Anne Bancroft, who told her about her upcoming role in an adaptation of "Great Expectations." When she mentioned she would love to play the role of Miss Havisham, Ziegler says, Bancroft exploded.

"How could a movie star be so insecure that she would go off on someone who had nothing but admiration?" she asks.

Ziegler's other acting credits include "Dawson's Creek" and "Homicide: Life on the Street," but Richmond audiences might best recognize her for her roles on local stages. Critics loved her starring turn in last year's "Kimberly Akimbo." The play focuses on a teenager with a rare condition that causes her body to age rapidly, meaning Ziegler had to act like a 16-year-old. It's a natural fit: when I mention I witnessed a performance in which she accidentally hit her head, she wails comically and spins in her chair, much like her character might have done.

"Kimberly Akimbo" director Anna Johnson says Ziegler is an inspiration. "She's one of the finest actresses with whom I've worked," says Johnson. "She's a chameleon. With some actors, you can just tell that every role she does is different."

Even if you've missed her roles on screen and stage, she still might sound familiar. Ziegler does voiceover work from her home and serves as the official voice of the GRTC Transit System bus line. She's turned that experience into a short play, which has been performed in Luxembourg and Boston.

In the months since the home invasion, Ziegler has taken stock and vowed to make big life changes to help her cope. One is leaving her "gilded cage" in the country. While beautiful, the house — which was previously owned by "Breaking Bad" creator Vince Gilligan — isolated her, she says.

Now in a new home near Libbie and Grove avenues — with an excellent security system, she adds — Ziegler plans to clean house both figuratively and literally. This fall, she's teaching an acting class at the University of Richmond, and in the spring she will serve as the theater department's artist-in-residence.

Though she's still recovering, Ziegler hopes her hardships will inspire her artistically.

"If I don't do something with this, it's just pain, and that's unacceptable," she says. "Art saves lives, and I fully expect it to save mine." S