"Eighty percent of first-time college students expect to finish in the traditional four years. Only half of them succeed." 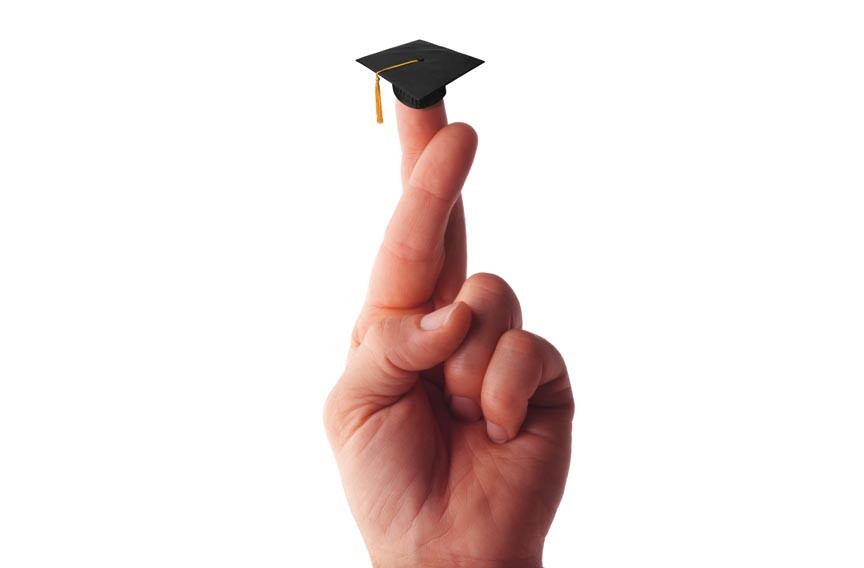 As this year's high-school seniors enter the season of college acceptance letters — and their dreaded alternatives — those a year behind them, and their families, are beginning to plan college visits.

During my teaching career, I suffered with my students through a dozen of these fraught seasons. In between, I spent a good deal of time talking with them while they wrestled with the perplexities of choosing a college.

Over the years, I often provided an outside-the-box perspective, such as helping students find outstanding schools that their parents, friends and guidance counselors had never heard of.

I even visited small, under-publicized colleges on my own just to learn about what was out there. And I found some treasures, including remarkable bargains at three top-notch, small, liberal arts schools in Atlantic Canada.

But in recent years, I find myself asking my young friends and their parents a more basic, entirely pragmatic question: How long will it take to graduate?

As it turns out, almost no one asks this question. Students, parents and guidance counselors spend hours comparing the annual cost of attending different schools. But they do so with the confident expectation that that annual cost eventually will be multiplied by the number four. Four usually isn't the right number.

Only 38.9 percent of U.S. college students graduate in four years, according to a 2011 study by UCLA's Higher Education Research Institute. Only 56.2 percent graduate in five years or fewer. Even at six years, the rate is a stunning 61.2 percent

For too many students who begin college, the number might as well be infinity.

To be sure, these numbers reflect, in part, the increasing number of "nontraditional" undergraduates who enter college with no plans to graduate in four years.

But 80 percent of first-time students expect to finish in the traditional four years, which means only half of them succeed.

There are many reasons for this. Students change majors, or make the dubious decision to double-major, and this can add semesters. Others encounter personal, family, academic or financial difficulties that delay graduation.

But for far too many students, the difficulty begins with their choice of a university that doesn't provide a straightforward, four-year track to graduation because of poor scheduling, inadequate counseling or sheer neglect.

Through the years, these students will be frustrated to learn that their university doesn't provide the required courses — core courses, or those needed for their major — in the proper sequence. Or that two required courses are scheduled at the same time. Or that a necessary course or section has filled without accommodating all the students who need it.

Sometimes these scheduling problems are the result of university or departmental cuts. Other times, though, the university simply doesn't appear to care.

After all, once a student has matriculated, that they've taken longer than four years to graduate isn't exactly the school's problem. The tuition keeps rolling in.

Of course, for a student and his or her family, the financial impact can be devastating. Extra semesters not only increase the basic cost of an education, but also postpone when a graduate can begin using that education to start earning a living and repaying college loans.

The failure of schools, especially large universities, to provide a four-year path to a degree also affects college choices. Many a naive high-school senior chooses a big state university at "only" $25,000 a year over a private, liberal arts college with a sticker price twice as high.

But if the state university winds up not offering a path to graduation in four years, those added semesters of tuition, fees, housing and so on — and the opportunity costs of extra years before entering the job market — begin to alter the calculus. At some point, the private college that has better success graduating students in four years begins to look like the genuine bargain.

There are resources available for those aware of the issue. The U.S. Department of Education mandates that every college and university provide six-year graduation rates. These figures are available, and they can be shocking.

Other sources, such as the Chronicle of Higher Education, provide information on the more relevant, four-year graduation rates. For example, according to the Chronicle's website, Virginia Commonwealth University graduates only 22.9 percent of its students in four years — and barely half of them in six.

Guaranteeing a four-year path to graduation should be the goal, not only of individual students and their families, but of public policy.

By failing to graduate many thousands of students on time, Virginia's state-run universities are wasting enormous sums of public money, beginning with the substantial state subsidies which make in-state tuition rates possible.

In this election year, Virginia's candidates for governor, and those running for the House of Delegates, should address how they would end this vast boondoggle. For starters, students who make a good-faith effort to graduate in four years, but can't because of the university's policies or scheduling, should have costs covered by the university.

It was funny when, in "Animal House," John Belushi's Bluto Blutarski lamented, "Seven years of college down the drain."

Times have changed since the mid-1960s. Today, no one's laughing. S

Rick Gray is a former high-school history teacher. He writes a column for the Village News in Chester and blogs at Gray's Gazette and the Shadow Governor.