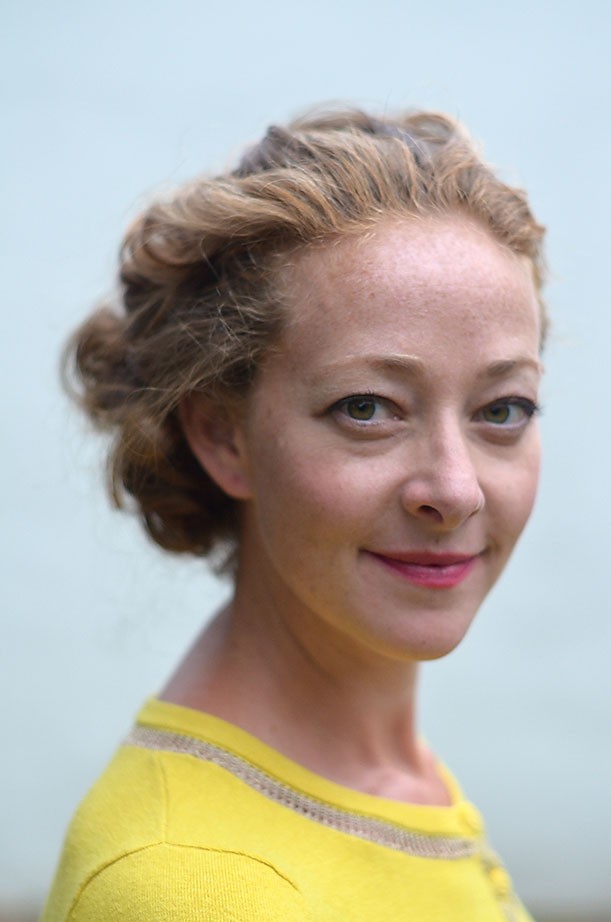 Being a writer means you need to be like Velcro so that experiences stick," author Ramona Ausubel says. "I try to be influenced by everything. For me, it's about collecting details along the way."

She's also been busy collecting awards along the way. A native of Santa Fe, N.M., Ausubel's breakout first novel, "No One Is Here Except All of Us" (Riverhead Press) won first place out of 140 submissions in the prestigious 2012 Virginia Commonwealth University Cabell Library First Novelist award.

The accolades don't stop there. The novel is a New York Times' editor's choice, was named a best book by the San Francisco Chronicle and the Huffington Post, and won the 2013 Pen Center USA fiction award.

Set in 1939, the book chronicles the families of a remote Jewish village in Romania penned in by the onset of World War II. When the threat looms, a shadowy survivor found alive in a nearby river and a young girl propose that the villagers reinvent their isolated world through the force of imagination and start over from scratch. They forget any relationships with the outside, and literally disregard time and history. Jobs, spouses, even children are reassigned.

Ausubel says her novel was inspired by her grandmother's stories about their family's survival of the pogroms and persecutions around World War I.

"As in the novel, my great-grandfather was a war prisoner in Italy while my great-grandmother wandered the forests with her children, eating tree bark and stolen potatoes," she says. "I decided to set the book during the Second World War because people are much more familiar with that war and the horrors Jews faced, so all I needed to do was gesture towards the time period and readers would bring that part of the story in."

Ausubel says she wrote the novel in fits and starts during an eight-year period. "I tend to write sort of obsessively for a while, then take a break," she says. At the same time she was working on short stories for her debut collection, "A Guide to Being Born," which Riverhead released in May.

This is the 12th year of the Cabell First Novelist Award, started in 2001 by VCU English professors Tom DeHaven and Laura Browder, who now teaches at the University of Richmond. "We originally partnered with the Richmond Public Library," DeHaven says of the award's beginnings. It "was $1,000 and was funded by the library and the English department."

After 2002 the award's future was in doubt, but VCU alumnus and author David Baldacci stepped in to fund the award and create a fellowship to pay a student coordinator in the graduate creative-writing program.

"One compliment we often get from winners is that the award selection is a very democratic process," says 2012 fellow and third-year grad student Chad Luible. "All the submitted books are read twice, and the readers fill out a voting sheet. We look at all the reviews and we pick the top 10 or 12, then those go to a committee that selects three finalists."

Among them, the winner is chosen by three outside judges. This year they included 2011 winner Justin Torres, novelist and nonfiction writer Samantha Dunn and Liz Humes, host of the WRIR-FM radio show "Wordy Birds."

"Ramona's book, set within the horrific landscape of World War II, released from the muck a story of immeasurable imagination," Humes wrote. "Because of its shared social tenor but inspired tone, her novel came forward."

The VCU Cabell Library and the legacy of James Branch Cabell are the real benefactors of the award. "The award and festival is a wonderful investment," university librarian John Ulmschneider says. "The fine arts and writing scene at VCU is unique. I have worked at research universities my entire career, but there is energy at VCU I did not find at them."

Ausubel is working on a new novel and a collection of stories, she says, as well as "making lunches and playing with Legos" with her young son. "Without saying too much, the new novel includes a giant, a backyard tepee and an ill-fated sea voyage, among other things."

"I'm still thinking of literature the way it has been known for a long time," she replies, when asked about emerging multimedia technologies in the publishing industry. "My books are available as e-books, and who knows, maybe someday I'll [do] something interactive, but my tools — my imagination and the reader's — are pretty miraculous and never become obsolete." S

Ramona Ausubel will read from her winning novel and discuss her writing process Tuesday, Nov. 19, at 7 p.m., at the VCU Student Commons at 907 Floyd Ave. Doors open at 6:30. Refreshments will be available, and the event will be followed by a book sale and signing. To register, visit novelist.library.vcu.edu/festival.html.