The Closure That Isn't

City Hall's sexual harassment saga inches toward an ending, but it leaves City Council in a shroud of uncertainty.

by Scott Bass and Vernal Coleman 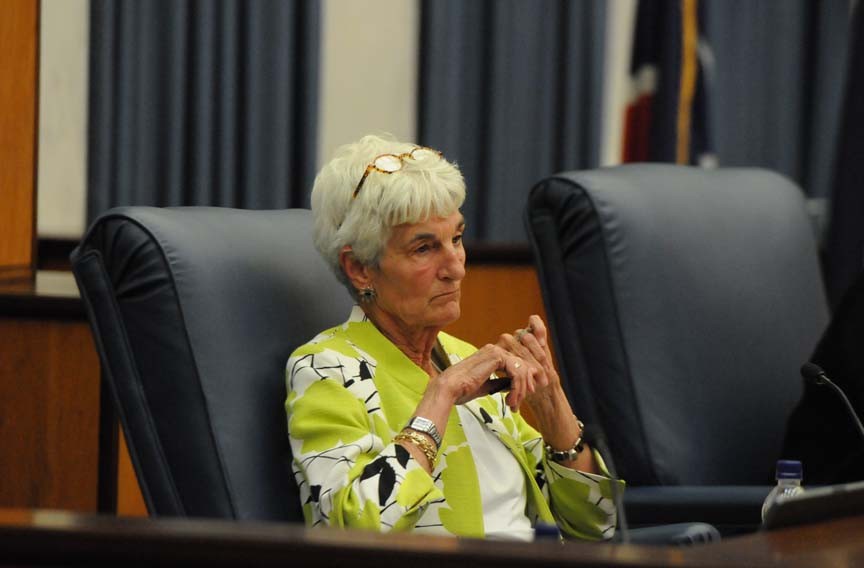 There was scant evidence to back claims that Graziano pressed Walle to file a complaint against her boss, Councilman Bruce Tyler, upon learning of the alleged Hathcock incident. Tyler testified that Graziano never told him to "get rid of her." And Taylor dismissed a claim that Graziano inflicted intentional emotional distress upon Walle as "overreaching."

"I am glad to put this behind me and get on with my life," Graziano said afterward. "I trust the City Council will now get on with the business of governing without these distractions."

Graziano may have put the whole saga behind her. Whether City Council and the public will do the same is another matter.

It is uncertain how the scandal may affect her politically. Graziano hasn't announced whether she plans to run for re-election in November 2012. But lost in the victory lap around the courtroom was a brief, damaging bit of testimony not from Walle, but a community friend of Graziano and Hathcock.

Dena Fultz, a Forest Hill fixture and community organizer, came forward a week earlier with new claims that Hathcock kissed her in her home in June 2010, and continued to pursue her after she rejected his advances. Fultz's deposition included accusations of borderline stalking, which she said she shared with Graziano in September or October 2010.

"I told [Hathcock] that I was disappointed; that I thought of him like a grandfather," Fultz testified, "and that I expected it all to come to a halt. And then [Hathcock] would tease me about that, he would say my kissing -- my no kissing rule and drive by my house all the time, call me constantly, email me constantly. He would show up in places that he was unexpected so I think he was even following me."

Fultz testified that Graziano instructed her to send Hathcock an email spelling out the boundaries of their relationship, and telling him to stop. Fultz said she approached Hayden Fisher, Walle's attorney, and shared her story after prosecutors agreed to drop criminal sexual battery charges against Hathcock on May 11 if he performed community service and underwent workplace sensitivity training. Two days later, she testified, she received an anonymous gift that she believed was from Hathcock.

"I felt that justice had not been served," she said in the deposition, "and I felt that David, by sending me that anonymous gift and -- I work, as I said, at the farmers market, and he has -- on more than one occasion, I have seen him standing stark still staring at me. Well, he hasn't approached me but that unnerves me when he does that. So I feel that he's a sick man, and I think he really needs to get help."

Hathcock hasn't had his day in court in the civil suit, and has denied the incident in Walle's office in April 2010. Walle alleges that Hathcock pulled her into his lap, grabbed her buttocks and attempted to kiss her.

Hathcock hasn't spoken publicly about the alleged June 2010 incident with Fultz. Reached by phone Friday, he declined to comment. In her deposition, Fultz acknowledges that Hathcock asked for permission to kiss her; she said she obliged but expected "he was just going to peck my cheek."

David Corrigan, Hathcock's lawyer, asked for clarification during the deposition on Aug. 3. "And he surprised you by kissing on the lips?" he asked.

"With the tongue, yes," Fultz responded.

Whether allegations of kissing and butt grabbing rise to the level of actionable battery isn't something for Graziano or City Council to determine. Hathcock announced his retirement July 29, a week before Fultz was deposed. He's on administrative leave until Oct. 1, when his retirement will become official.

That Graziano was aware of the Fultz allegations while City Council imploded in the Walle scandal, however, is a new wrinkle. Fultz testified last week that Graziano visited her the day before the Walle incident became public, during City Council's first meeting in January, to give her a heads up.

"She suggested [Walle] had emotional issues, and possibly anorexia," Fultz told the court. Lawyers for Graziano didn't challenge Fultz's account of the meeting.

How the public, or City Council, might have responded to the Walle situation if Fultz's allegations had been known earlier is unknown. But the growing tensions between Graziano and some members of council -- particularly Tyler and Marty Jewell, who first publicized Walle's claims -- have cast a long shadow over City Hall for months. Getting out from under it won't be easy.

"This has been a massive distraction, and that's an understatement," says Delegate Manoli Loupassi, R-Richmond, a former councilman and Graziano's predecessor as council president. "When everything that is happening is clouded in this shroud, it makes governing very difficult."

Council Vice President Ellen Robertson says the ongoing saga hasn't gotten in the way of the body effectively performing its duties. "These kinds of personnel matters when they arrive I think that council has an obligation to be responsive to them. I think we have been very responsive," she says, adding: "We have not allowed it to hinder us in moving forward with the business of the city."

The Walle case has turned the tables of city politics significantly. City Council had become the more stable branch of government during former Mayor Doug Wilder's four years in office. When residents approved by referendum a new city charter to popularly elect their mayor, it was in response to more than a decade of scandals -- even a bribery case involving a former City Council member. But when Wilder took office in 2005, the carnival shifted to the mayor's office.

With the election of Mayor Dwight Jones in 2008, his first two years brought a new era of cordiality and calm. While some criticized the council-mayor relationship as too being cozy, the circus largely left town. The Walle scandal's eruption in January, however, brought the old elephants back.

For Tyler, Walle's former boss, the past eight months have been trying to say the least. Long rumored to be considering a run for mayor, Tyler found himself caught in the middle of the scandal. Walle also complained to city officials that Tyler made comments that made her uncomfortable -- comments she later said were innocent remarks about her appearance. Tyler, however, deflects questions about the future and how council will react to Graziano's dismissal from the civil lawsuit.

"I haven't handled anything any different than I would have handled regardless of the situation. We have asked the questions. We have done what we needed to do. I am not going to do anything more," he says of the Walle case. "From my perspective, I've got to wait to see how other council members want to handle the situation. I don't have a feeling one way or another as to what the next step is."

Whatever the next step, it will be a cautious one.