Orthotonics, "Wake Up You Must Remember" (Generic Records, 1984) 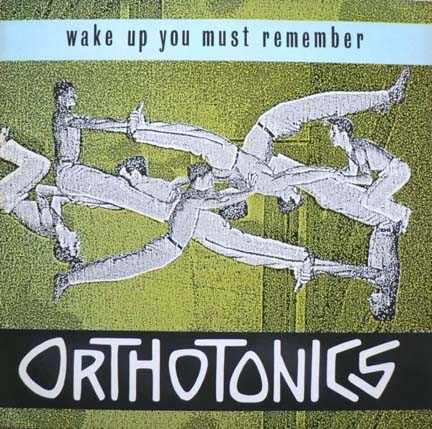 The Orthotonics' debut LP is a fine document of the legendary Richmond band's live early-'80s sound, as its allegiances to the 1970s Canterbury-via-New York art rock scene were being challenged and updated by the no wavers with whom they began to share occasional gigs. Live, their audience always wanted to dance, so these songs are a little more sprightly —or at least rhythmic — than what was coming out of downtown New York at the time. The Orthos recorded the LP at Richmond's Harbour Sounds Studios; it was mixed with little fuss by Fred Frith, the former Henry Cow member who was then playing godfather to a new breed of experimental rockers and jazzsters in the United States. During an era in Richmond when new wave and punk bands almost exclusively occupied one of four categories — hardcore, ska, power pop and synth pop — the Orthotonics had the wide swath between the free jazz of the Art Bears and the art-punk of the Talking Heads all to themselves.