The City That Fun Forgot

When it comes to the business of music and nightlife, this city has been anything but Easy to Love. 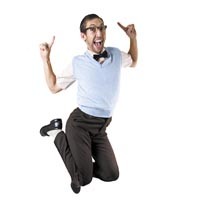 A new promotional video commissioned by the Greater Richmond Partnership pays tribute to the city's “live and vibrant music scene.” Venture Richmond's Web site does the same: “Downtown Richmond has been attracting both local and national artists, performers and musicians for years and today a lot of Downtown's vibe and energy comes from them.”

So what do you do with your downtown vibe? Naturally, if you are Richmond, you try to shut it off.

A few years ago, just as the National Theater and Toad's Place were opening, the Wilder administration prepared a little housewarming gift. It proposed a series of laws that would have given the city the power to close down any club with little due process, and sought to actually penalize music venues for holding successful shows. Club owners were to “submit a plan for traffic and crowd control in and around the establishment to the police no later than seven days prior to the event” if they believed their show would be a success. Police then had to approve the concert.

Those loopy edicts — forcing club owners to be mind readers and to hope against last-minute ticket sales — were shelved. But City Hall is still determined to do something about all of this nightlife being championed in the tourist brochures.

A soon-to-be-proposed ordinance seeks to define nightclubs separately from restaurants and would require new music venues and promoters to file for a $1,100 conditional use permit in order to hold events — sorry Mr. Clapton — after midnight. Existing clubs would not have to adhere to this rule, and venues that feature disc jockeys and recorded music would be particularly affected.

There's at least one common-sense notion in the proposed new rules: Clubs would have to file a management plan with the city that covers everything from noise to trash collection to security.  It's a reasonable idea, but why should clubs have to pay the city an exorbitant sum to file such a plan?

Judging from the concern, you would think that area nightclubs were out of control. They aren't — this is just Richmond. Chesterfield County is enforcing a ban on dancing in its restaurants, but that's old hat for us. An indie-rock club called Holy Chow was closed down in 2003 largely because it wasn't zoned for — “Footloose” anyone? — music and dancing. Holy Chow sat next to the intersection of Laurel and Broad streets, near Virginia Commonwealth University, a neighborhood that's housed decades of music clubs, from Club Russo and Palm Gardens to Rockitz. Why on earth wouldn't this block, which holds so much Richmond music history, be a place for dancing?

Toad's Place offers up another cautionary tale. While other factors — such as poor management — plagued the now-closed music venue on the Canal Walk, Toad's endured all the pitfalls of doing business in River City. The venue couldn't obtain a liquor license at first, it ran afoul of the National Association for the Advancement of Colored People over discrimination issues, and was the scene of an incident during a private event in February that was first reported as a near riot, later downgraded to a minor scuffle with no injuries and one arrest. The latter is no big deal in most cities — Toad's Place in New Haven, Conn., averages one such incident a month — but Richmond is not most cities. The fight caused Mayor Dwight Jones and Police Chief Bryan Norwood to hold an immediate and deadly serious news conference on the subject of public safety, an event that only hastened the closing of Toad's.

Public safety is indeed a serious matter, but often the hubbub isn't about public safety, but real estate. City police tried several times to close down Club 534, Manhattans and the Cotton Club, all owned by Charles Dance and reported to be “public nuisances.” But Style Weekly revealed that in 2006 the commonwealth's attorney proposed a plea deal where the supposedly dangerous Cotton Club and Manhattans could forgo occupancy restrictions if the owner surrendered his liquor license at Club 534. People asked questions: Why would the commonwealth's attorney relax the rules for two so-called violent clubs in order to shut down one? Was it just a coincidence that VCU was claiming Club 534's property in its master plan?

City officials admit that these new nightlife ordinances have largely been fashioned to thwart their bA¦te noire, Sam Moore. Not long after it was rumored that Moore would open a Hooters-type establishment across the street from the Children's Museum, a myriad of enforcement agencies, including Richmond Police, raided his Shockoe Bottom club Velvet. In the investigation that followed, he was convicted of having sex with an underage female and served time in jail. One year after the raid, the Virginia Department of Alcoholic Beverage Control was still filing charges against Velvet, and the city continues to duel with Moore over various zoning issues, including the displaying of a protest banner against the proposed new Shockoe Bottom ballpark. The end result of the city's war has been to turn Moore — hardly a citizen of the year candidate — into a kind of local folk hero battling puritanical bureaucracy.

When nightspots aren't riffing with the city, they have state alcohol officials to jam with. The local office of Alcoholic Beverage Control has shown itself to be both aggressive in its policing and slow in issuing licenses to qualified city applicants. The agency's fines — for lights being too dim and corners being too dark — are often authoritarian, and the ABC board's Prohibition-era alcohol laws that mandate 45 percent in food sales are a big reason many music venues go under. Clubs forced to serve food in R-Town also are hit with a hefty meals tax to go along with the city's admissions tax.

It's hardly the kind of atmosphere that helps to nurture a live and vibrant scene. In a study of young city residents by Smart City Consulting called “The Young and the Restless,” Richmond's adversarial relationship with its downtown energy source was noted. “Entertainment options are limited. The city is perceived to be uptight, with too many rules,” the study concluded. “One participant suggested it should be called, ‘The City That Fun Forgot.’”

When it comes to music and nightlife this city has been anything but Easy to Love. And new burdensome fees and midnight curfews won't help Fun remember who we are.  S

Don Harrison is a Richmond-based writer and the co-founder of saverichmond.com.