For Ronnie Jackson, it's a matter of life and faith.

Ronnie Jackson spent many a long night cooking Brunswick stew with his fellow volunteer firefighters in Kenbridge to raise money for their fire department. Now, some 30 years later, he's the force behind a different breed of fundraiser.

The Life and Faith Tour brings some of the biggest names in Christian music — including MercyMe, Amy Grant and Hawk Nelson — to the Richmond International Raceway, with $10 per ticket going to the charity of the tickets buyer's choice. If the show sells out that's more than $700,000 that could benefit local nonprofits, churches and civic groups. The tour kicks off in Richmond June 19 then moves to Rockingham, Ala., and Atlanta.

It's a far cry from the few hundred dollars Jackson used to pull in serving stew. Even then, he knew there was a better way. “I played in a band with my brother back then and we decided to donate our time to the fire department and play a show and that cleared $1,500,” he says, “so yeah, we decided to do [that] instead of cooking stews all night long.” When the local pool at the recreation center nearly went bankrupt, the then-19-year-old Jackson was asked to help. He held his first charity music festival and saved the pool. 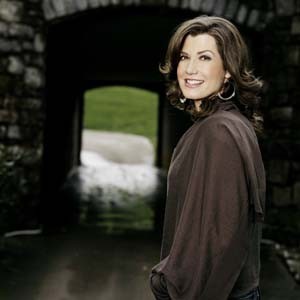 “And then after that I got inundated by charities and civic groups,” Jackson says, “and it got to be so many and I couldn't accommodate everybody. So what I started doing was producing bigger shows with bigger stars and letting all the organizations out of my radius sell the tickets and keep a portion of each ticket they sold.”

This was before the days of the Internet, so Jackson's tools were a clipboard, rolls of tickets and a lot of driving and bookkeeping. “It became a logistical nightmare,” he says. Despite his success with bands such as Alabama and Travis Tritt, Jackson quit the concert-promoter business in 2005.

But he says the Lord wasn't done with him. And in 2008 Jackson began planning the Life and Faith Tour, this time with the Internet to help. The result became a day of family entertainment. “The Lord touched my heart to do it this way,” he says.

In addition to the Christian music on the main stage, there will be an author tent, featuring New York Times bestselling scribe Karen Kingsbury, among others. The variety tent will have Christian ventriloquists, comedians and additional musicians, including singer Meghan Shanley (Miss Virginia 2001). The kid's corner will feature inflatable slides, obstacle courses and the VeggieTales characters.

Or at least a holy corner of the raceway.