The Case of the Easter Weasel

Two local lawyers who fight it out in the courtroom are playing nice for a new children's book. 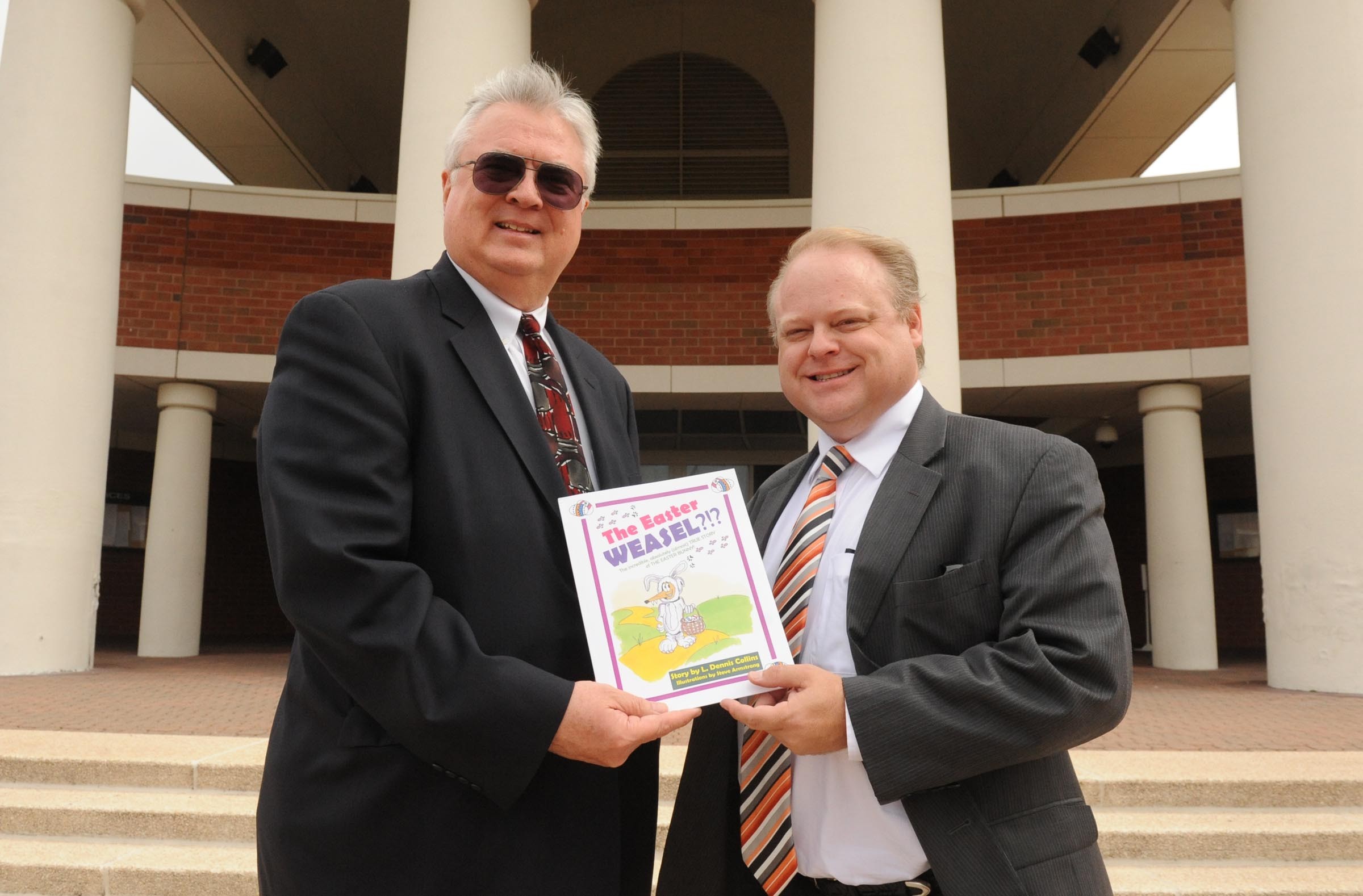 When defense attorney Stephen Armstrong walks into the Chesterfield County Courthouse and sees 33-year career prosecutor Dennis Collins, he often has the urge to walk right back out.

"He's tough, man. He will prosecute a speeding ticket with the same zeal as a burglary," Armstrong says of the senior deputy commonwealth's attorney. "A real law-and-order guy. He doesn't buy the 'C'mon, Dennis, cut my guy a break' approach."

Back in the '80s, Collins, who lists as his professions "prosecutor, DJ with Manny Green Entertainment, marriage officiant, and Santa's helper" once helped send an older woman to jail for 12 months for stealing $3.98 worth of Easter eggs for her grandchildren "It was her ninth or 10th offense," he says.

So it might strike some people as odd that this pair of legal adversaries has collaborated to write a children's book about an Easter weasel, the "incredibly, absolutely (almost) true story of the Easter Bunny."

A former Petersburg police officer and hostage negotiator in the '90s, Armstrong — who also worked as an illustrator for the Petersburg Progress-Index ("I worked for them for 11 years until my editor moved to Alaska," he says) — drew the funny-pages-styled color illustrations for the book. Collins wrote the text for the strange story, which he's been telling in various forms since the '60s.

The book, which is a little text-heavy and contains more adult words such as laryngitis, tells an unusual origin story of the Easter Bunny, which it claims was really a weasel in disguise hired by the bunnies in a public-relations campaign to improve their horrible image. "All they liked to do was eat other people's vegetables, hop around and multiply," the book says of rabbits. This dubious PR campaign was decided at an annual bunny convention at "the Bunny Club in Chicago."

Collins says the story dates to his early school days, when someone asked what the Easter Bunny brought him. "I said there is no such thing as the Easter Bunny, it's a weasel," he says in a moderate Southern drawl. "Flash forward to 1969 in college, I would tell this story to guys who came to my room. They would just look at each other. Then I would say, 'You wanna hear about the Epiphany Camel?' And they would leave. Then I could do my work."

With two young children of his own, Armstrong says he reads "a lot of crap — just dreck" and after hearing Collins tell the story, he encouraged him to turn it into a book aimed at 5- to 12-year-olds. "This isn't dumbed-down for the kids ... and it's just as entertaining for adults," says Armstrong, who's written several amateur police novels. Collins, who'd been telling the story for years to his own children and now grandchildren, agreed to write down a version for posterity.

The lawyers had 100 copies printed and a Kindle version is available on Amazon. They hope that the story might lead to other marketing and commercial tie-ins — such as tadpole jellybeans with chocolate inside, which play a role in the book.

"I think it's a cute story, it's a little different," says Ulla Hatchett, a part-time employee at the Hallmark store in Chesterfield Meadows Shopping Center where the book just went on sale at the front desk. "Just being local makes it special."

The lawyers' effort is part of an increasing trend of self-publishing in the United States, which accounted for nearly half of the books published in 2011, according to Bowker, a company that manages international standard book numbers and biographical information.

The "Easter Weasel" has no religious message and Armstrong says they "didn't run it by any educational boards," but Collins' wife is a retired schoolteacher and "enough friends of friends liked it that we thought it could be successful."

Surprisingly, Armstrong says there weren't many arguments during the creation of the book, though they "originally had the bunnies smoking but we got rid of that." S

The authors will sign copies of "The Easter Weasel" at Counts' Hallmark Store, 6427 Centralia Road in the Chesterfield Meadows Shopping Center on March 27 from 5:30-7 p.m. The Kindle version of the book is available on Amazon.com.