The Calm Before the Strum 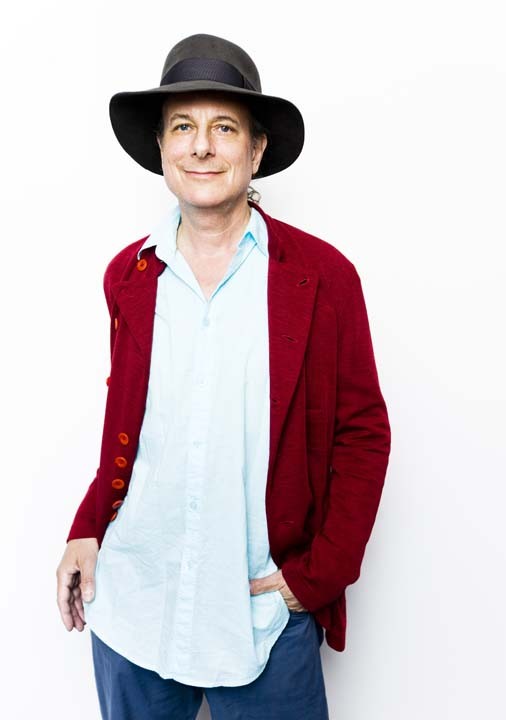 When playing solo guitar in front of a congregation, such as the one gathered for the BluesAlive festival at the Church of Lady Day in the Czech Republic back in November, Gary Lucas stands center stage. His musical homilies contain some of the most thrilling and avant-guitar stylings of the last few decades — The New Yorker has proclaimed Lucas "the thinking man's guitar hero." He seems right at home at the altar.

This week the Syracuse, N.Y.-based fret wizard brings his angular, idiosyncratic tones to the James River Film Festival's screening of the 1931 Spanish version of "Dracula," performing his solo guitar compositions in accompaniment. Having composed music to accompany the 1920 German silent film "The Golem," Lucas toured the world with that project and brought it to the 2003 festival. He describes the music for this "Dracula," which was shot at night on the same sets as the Bela Lugosi version, as "campier" and "more fun" than the better-known original.

"I love to perform with this particular film," Lucas says via telephone. "I view it as the superior, more full-blooded film to Bela Lugosi's 'Dracula' — the camera work is better, the editing rhythms more fluid, the costumes are sexier and the women are hotter. It was filmed at night at the same time and on the same sets as Lugosi's version in Hollywood, and the cast and crew were dedicated to making a better version — and I would say they succeeded admirably."

When he's not providing creepy soundtrack music, Lucas has been holding symposiums on the work of his friend, the recently departed Captain Beefheart (Lucas' distinctive guitar can be heard on Beefheart's final musical missives, "Doc at the Radar Station" and "Ice Cream for Crow"). The series offers readings of Beefheart's poetry and some obscure musical pieces with slides of drawings and paintings. Lucas' excitement about this undertaking is palpable — Beefheart's family is supportive of the project.

Lucas also recently held a tribute to another musical compatriot, Jeff Buckley. Lucas composed and recorded with then-nascent Buckley in the early '90s, earning co-writing credits on two of Buckley's best-known songs, "Mojo Pin" and "Grace." Lucas — a big fan of the twangy Duane Eddy — has loaned his sound to musicians such as Lou Reed, John Cale, Van Dyke Parks, Joan Osborne and Katrina and the Waves.

These days, the guitarist's cinematic soundtracks are winning him a new audience — his reading of "Dracula" has garnered raves across the globe. "I have performed this to date in Havana, Transylvania, Sevilla, the New York Film Festival and the London Jazz Festival," he says, "and each time I play it differently. I go into a trance and try to commingle with the spirits of the dead actors up there on the screen and transmit the voices that emanate from them on my guitar. It's like conducting a seance." S

Gary Lucas will accompany "Dracula" at the Byrd Theater, 2908 E. Cary St., on April 10 at 4 p.m., as part of the James River Film Festival. Tickets are $10. For information go to jamesriverfilm.com.