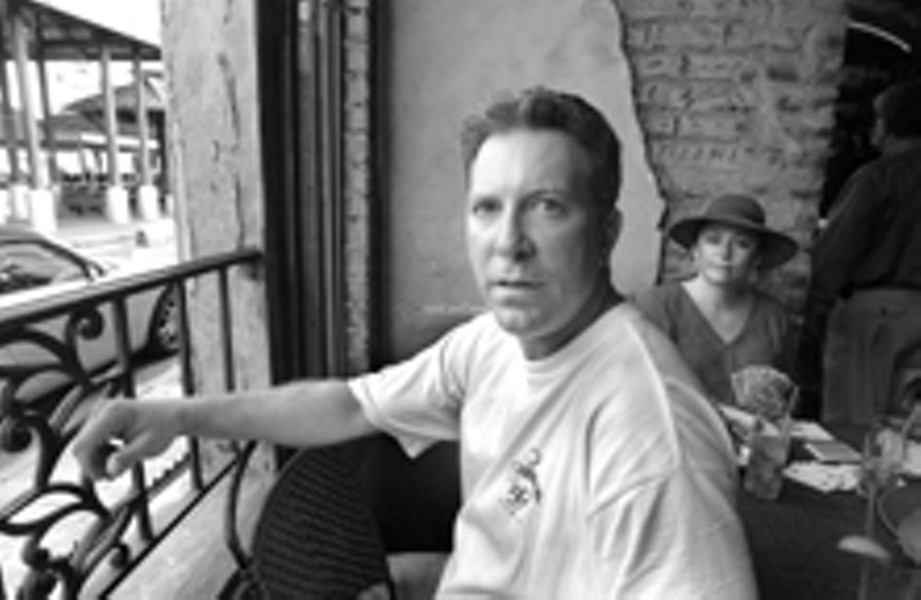 Michael Ripp is a man of exquisite taste. His steaks are dry-aged at City Bar — the only restaurant in town where you’ll find that quality. The wood and ironwork at O’Brienstein’s are exact copies of those he saw at pubs in Dublin, he says. His bagels are the real deal, boiled just like in New York. His cold cuts are roasted in-house. He doesn’t mess around when it comes to food, atmosphere or quality. All of which, he hopes, creates an experience for his patrons that they can’t get elsewhere in Richmond.

Ripp’s father, Richard, owned a slew of restaurants while Michael was growing up, including Crab Louie’s, Hickory Hearth, The Abbey, Cattle Town and C.C. Chicanos. Today, the elder Ripp’s business, The Restaurant Co., includes a Vie de France, a Bullets and 18 Arby’s — five of which are among the top 10 most successful Arby’s in the country. The newest, in Short Pump, features an extended menu, a ski-lodge motif and even shrubs sculpted into animal shapes. He sees it as a model for Arby’s future direction.

Michael Ripp’s three brothers are in the business, too. The youngest, Vincent, is director of marketing, John is the CFO and Chris is being groomed to take over the company. Chris, who, like his father, studied to be a chef at the Culinary Institute of America, spent the last six years working alongside some of the nation’s top chefs in New York.

“Dad’s always had the entrepreneurial spirit,” says Vincent, who explains that the company’s strategy to move Arby’s away from “fast food” into what’s called “fast casual,” a category pioneered by Boston Market.

Vincent says he sees his father’s entrepreneurial spirit in Michael. “He’s willing to take risks,” he says. “He kind of likes to be his own boss. He’s not the best with authority.”

By the time Michael opened Havana ’59 in 1994 he already had 29 years of experience, working in just about every aspect of the restaurant business. Today, he has the uncanny ability to identify ingredients in the food he’s eating, a skill he attributes to years of working alongside chefs in his dad’s test kitchen. Michael designed the menus for his restaurants and hires cooks rather than chefs to execute them. “That’s the biggest farce in Richmond,” he says, “they call themselves chefs and basically it’s a cook with a title.”

His wife, Angela Whitley Ripp, is an attorney and recently studied interior design at Virginia Commonwealth University to help out with designing their new endeavors. The two have a passion for travel and say they keep up on trends and get ideas from eating at all the hot spots. Some of their favorites are Burns Steakhouse in Tampa, Fla., Tantra in Miami, Frontier Grill in Chicago and Le Colonial Vietnamese restaurant in New York. (Locally they go for Edo’s Squid, Mamma ’Zu and Millie’s Diner.)

Although Michael began his restaurant business with all the advantages that came with the Ripp name — like being friends with the Lovings of Lovings Produce – it hasn’t always been a smooth road. Seven years ago he declared bankruptcy — he was $1.95 million in debt two and a half years after Havana ’59 opened, including more than $600,000 in federal, state and local taxes. He says that was due in part to the failure of Chico’s Mansion, a French/Mexican-themed restaurant he opened with his wife in Shockoe Bottom. It lasted just nine months. Ripp says he still kicks himself for opening Chico’s instead of taking the Havana name around the country. They’ve had many offers to do so, he says.

Today, Angela Ripp says everyone has been paid back 100 percent plus interest, and they’re forging ahead with new ventures. Wildcats opened in May. The barbecue-and-chili joint camouflaged in a safari décor, is an attempt to attract young professionals who might find City Bar or Havana too expensive. The couple has plans for two other restaurants at the Farmers’ Market in the next year. In addition, they hold several leases in order to regulate who moves into the neighborhood. “Michael’s always wanted to make the market a destination and it’s starting to work,” Angela says. “My goal is to make him slow down and take a break for a while.”

Along with rejuvenating the Farmers’ Market area, Ripp hopes to change local attitudes about eating. “Richmonders are not very discriminating when it comes to food,” he says. “If it’s around the corner they’re going to go to it. To me, that’s the worst thing about dining in Richmond.”

Ripp hopes to create a dining experience. His restaurants don’t just create the illusion of being in another place — they’ll also take you back in time. He wants you to forget you’re in Richmond. But not everybody’s ready for that, or for the price tag that goes along with it. That’s why his restaurants cater mostly to tourists, business dinners and special occasions.

“If there’s one thing I’d like to see in Richmond,” Ripp says, “it’s that the diners not settle because it’s just going to make the restaurants better.”