Richmond’s Sid Kingsley makes his move on NBC’s “The Voice.” 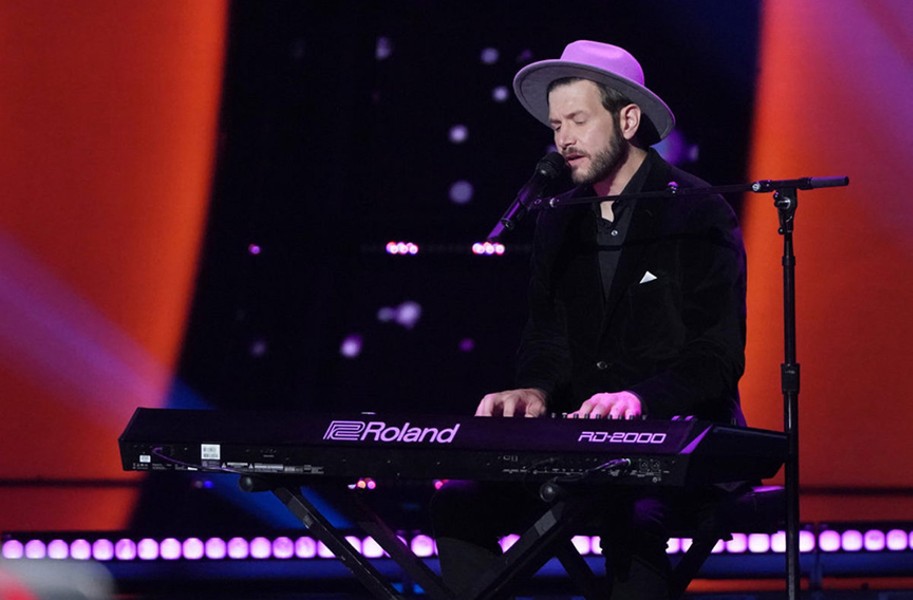 Some musicians take the long way to their shortcut to the top.

For much of the past decade, Sid Kingsley, a local 37-year-old singer and songwriter, has been on the grind. He’s stayed close to the music, onstage at midsized venues as a sideman, opener or headliner, often working behind the bar or just immersed in the network of musicians that make up much of the audience.

Then came “The Voice.” The reality show airing on NBC is an international sensation with almost 90 variations syndicated around the globe. The series is a two-phase evolution of the glitzy karaoke dream quest pioneered on “American Idol.” The spotlight is not just on aspiring talents, but shared by the already famous judges who bicker and banter like warm-hearted Svengalis while coaching and culling their temporary brood of proteges.

It’s the biggest entertainment show in the country. The premier episodes of the newest edition drew 8 million viewers and a top rating among adults 18- to 49.

For Kingsley, it’s part golden ticket, part just another gig – albeit on the world’s biggest stage. And better yet, he got to launch his bid for stratospheric success on a train.

“I have always wanted to take a train across the country,” Kingsley says. “You get to see parts that you don't ever get to see if you drive.”

The 72-hour odyssey went from Washington to Chicago and then west across the heartland. “The California Zephyr has been running since the 50s. If you’ve been romanticizing about train travel, which I have, it is definitely on the bucket list. So, I can say that I’ve done that now, and I’m maybe going to do it again.” The route threads through vast open spaces and blink-and-you’ll-miss-them settlements such as Bartley, Nebraska, (population 208) and Montello, Nevada,- (population 50), reminiscent of Kingsley’s hometown of Branchville, Virginia (population 120).

He got into music early, taking up the saxophone at 6 and honing his skills in high school ensembles. “Growing up in a really small town, I was always listening to my father’s jazz records and fantasizing about living in New York City,” Kingsley says. “I always knew there was a bigger world out there.”

After high school, he joined the Coast Guard to raise money for tuition. After a brief stint at Chowan University in North Carolina, Kingsley transferred to Radford. There he got more serious about playing the piano. Also he made his most strategic life connection, Gabrielle Silvers. A talented photographer and videographer, she’s been his ardent champion, partner and now fiancee.

After graduation, the two moved to New York, where Kingsley made his solo performance debut at Caffe Vivaldi in Greenwich Village. He felt he was walking in the footsteps of Bob Dylan, but it was far from the jazz career he’d envisioned. And vocals were originally not his thing.

“It was a heck of a town to pick to sing to people for the first time,” he recalls.

He wouldn’t have gotten to “The Voice” without Silver. She entered him in the competition when his primary focus was a local battle of the bands.

In a nonpandemic year, Gabrielle and his parents would have traveled with him. There would have been a live audience, not just the judges and the crew. But if it was unfamiliar territory for Kingsley, the producers guided him through. They gave him a big book of songs cleared for television play. Dylan’s “Don’t Think Twice” was an easy choice. He’d performed it for years and it fit his country-tinged, character-rich singing voice like broken-in jeans. “I got amazingly lucky,” he says.

Kingsley’s performance got three chair turns, each representing a bid by one of the judges to coach him. He chose John Legend and advanced to the next rounds, a dizzying sequence of set-piece death matches and occasionally saves to winnow down the pool before the final live performances.

“I understand how the show works and I have seen a clip here and there on Facebook,” Kingsley says. “But had I sat down and watched an actual episode? A lot of the cast members have never seen the show. I went into it completely blind. You don’t have to know what is going on. They will guide you through every step of the process.”

And when the celebrity judges are smiling at him a dozen feet away in the bright lights, coaxing him to join their teams?

“People like John Legend and Blake Shelton, and all them. They are very successful, but they are not the people that shaped my musical background,” Kingsley says. “The people I look up to, that I idolize, are jazz musicians. They are huge in their circles, but they are never going to be famous. I get star-struck meeting people like Joshua Redman, Brad Mehldau. It’s embarrassing.”

At the time of the interview, it’s very early in the reality competition and the odds are long. There are 40 contestants at the start and only one winner. And not many of the winners have gone on to A-list careers. Kelly Clarkson, the only judge who didn’t turn for Kingsley’s song, is the rare exception.

But if a hyper-popular, middlebrow battle royale is a natural step for a self-identified jazz snob, it opens his talent to the biggest stage possible. And it does so at a time when the coronavirus has locked down virtually every live music venue.

“Why wouldn’t I take the opportunity?” Kingsley asks. “Because it’s too mainstream? I am not staying true to my artistic self? I don’t know what that means anymore. I’ve been doing that Dylan song for five or six years. They didn’t try to change any part of it.”

“I am going to take it and run with it,” says the saxophonist, pianist, singer and songwriter. “Go as far as I can go.”

NBC’s “The Voice” airs on Monday and Tuesday nights at 8 p.m.