Fed up with her field’s demographics, burlesque dancer Gigi Holliday is bringing a night of non-Caucasian burlesque, called Chocolate Lounge, to Gallery5.

Burlesque performer GiGi Holliday was tired of being "the only brown girl."

But then it turned into a selling point. The Brown Girls Burlesque in New York asked her to be part of its show — and the experience changed her life.

"I'd never been in an all-black, Latino, Asian, cast," she says. "I felt beloved and there was such raw, positive energy."

And the energy went both ways, she says: "You could also see the crowd had never been a part of that before either."

Holliday hopes to share her passion, and fill in some blanks in the curious history of burlesque, as host of the Chocolate Lounge show Saturday at Gallery5.

Composed of nonCaucasian performers, the night promises to tantalize and educate. What deters women of color from entering the burlesque world? Holiday says it includes things as varied as stereotypes and concerns about hypersexualization of their bodies.

"There are people who view it as a white woman's game. That it's not our thing," Holliday says. "There's also putting yourself on display that brings back old feelings of being on the slavery auction block which older people, especially within the church, don't like."

A Washington native who was born into what she calls the city's crack age, Holliday was raised a Jehovah's Witness. She didn't aspire to be a tassel twirler until after a breakup four years ago, when she was forced to move back in with her parents.

"I wanted to break free of monotony," she recalls.

After seeing ads in a paper for burlesque shows that frequently mentioned stage icon Josephine Baker, whom she loved, Holliday began attending shows and later enrolled in classes at Trixie Little's Burlesque Bootcamp in Baltimore.

What she thought would be an item crossed off her bucket list led to self-revelations and bolstered confidence. Invitations came for her to perform in troupes including Sticky Buns Burlesque and later Gilded Lily, of which she's still a part.

"I took off my bra and never looked back," she says.

But being the only performer of color, show after show, got to her. 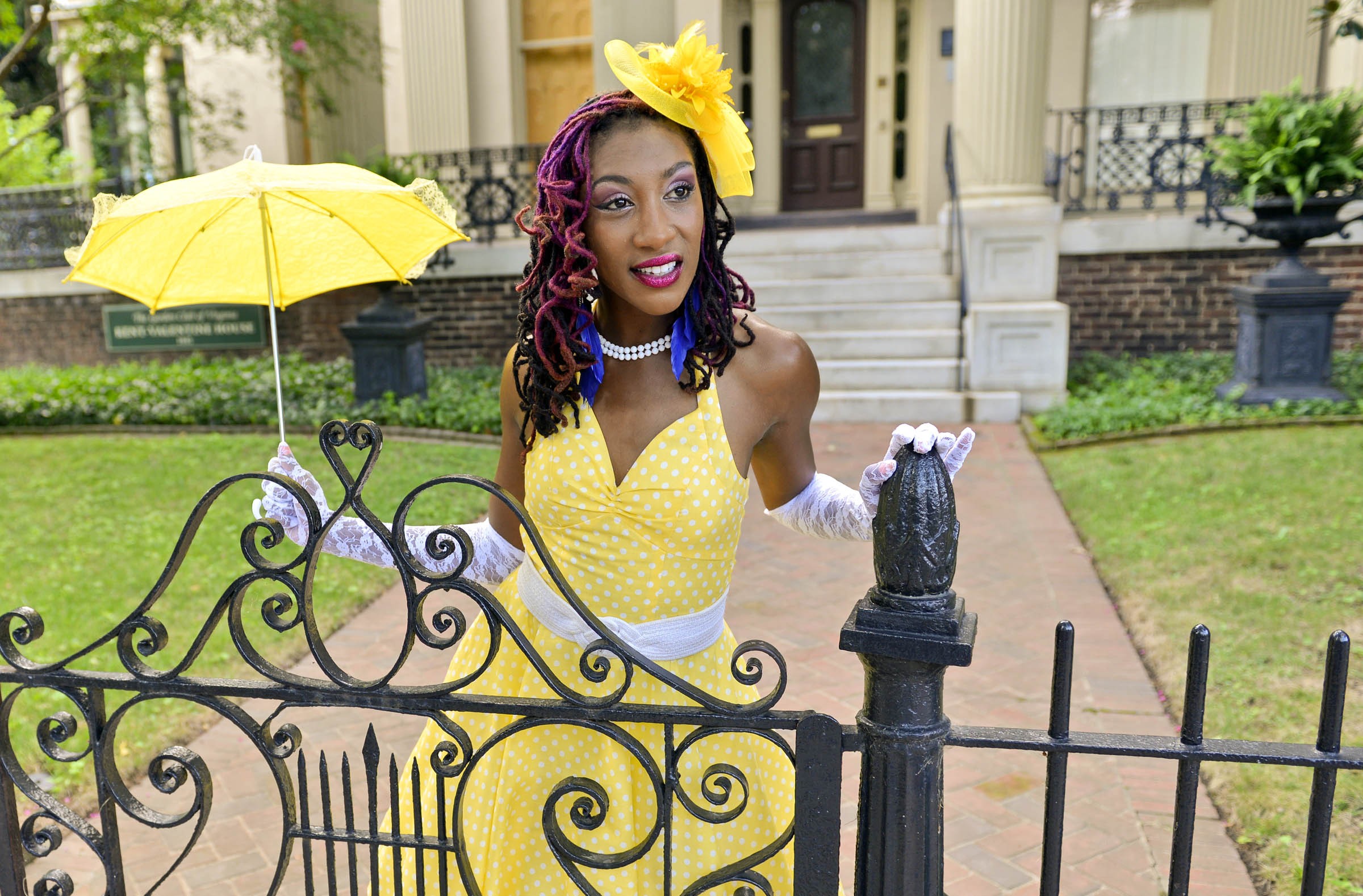 Women of color are noticeably absent from the bubble-bulb marquees of today's burlesque venues. The dazzling Kelli LiMone, who brings her classic style to the production, encourages audiences to embrace the unexpected, and to demand quality and diversity from show producers.

"Not everyone has to look like Bettie Page," she notes. "At times, it's not only people of the same color, but of the same look. Pinup is also Dorothy Dandridge and Josephine Baker. It's crazy that in 2014 some barriers still haven't been broken down."

The history of burlesque is soaked in beautiful hues. Back in the day, legendary performers like Lottie "The Body" Graves and Toni Elling flirted across striptease stages and hobnobbed with celebs and politicians at joints such as the legendary Cotton Club.

Some girls wouldn't take it all off but embraced shake dancing in popup dives across the Chitlin Circuit, which ran through the Bible Belt. While disparity existed from stage size to paycheck, some performers of color earned as much as $1,000 weekly. Even girlie magazines glowed with an array of skin tones. Yet today, a basic search on the Internet for burlesque performers of color turns up a mere handful of results.

Holliday says that as a woman of color, making oneself available is looked down upon because of some dark stereotypes. "We're seen as prostitutes and whores," she says. "While a white woman might just be said to be expressing herself."

Hours before the Gallery5 show this weekend, there will be a series of thought-provoking history lessons led by Ginger Snapz and a cultural appropriation discussion at the Boom Boom Basics Burlesque and Performing Arts space.

"There's so much in burlesque technique and the striptease that directly evolved from early American black culture," studio founder Deanna Danger says. "After a show like this, people can put some pieces together and understand it all a little better."

On the anniversary of her first Chocolate Lounge show in Washington, Holliday will become one of the few African-Americans to ever host a burlesque show in Richmond. Looking back, it's difficult to find any other examples.

"You're going to want to give us all your money," she says, laughing.

She's a fireball in person, but Holliday has a vulnerable side. Her voice trembles slightly when she explains how disheartening it is to have never sold out a Chocolate Lounge show.

"I don't know if it's because people don't know what to expect or don't care," she says. S