It wasn’t a good year for movies. It was a great year. Here are a few of the best.

“Jackie” — Natalie Portman deserves a best actress nomination if not an outright victory at the Oscars for her harrowing portrayal of Jacqueline Kennedy during the week in November 1963 when President John F. Kennedy was shot and killed during his fateful motorcade through Dallas. But that’s only half of this unusual bio-pic by Chilean director Pablo Larraín, who offers a multifaceted look at a woman who believed, perhaps rightly, that history is manufactured. Leaving the White House, Jackie takes us on a tour of national horror.

“American Honey” — A teen romance awash in reality, not nostalgia, a soundtrack that defies its budget, tremendous performances by leads Sasha Lane and Shia LaBeouf, and a remarkably trenchant investigation of American lower-class youth by Andrea Arnold, a foreign director. This is a long movie, but it’s filled with so much you don’t really care.

“Manchester by the Sea” — Director Kenneth Lonergan is interested in small, sometimes absurd moments of American tragedy. These are moments — a cellphone vibrating incessantly at a funeral, a duo unable to find a car while arguing over a will — that manage to invade the most solemn aspects of life. This sprawling, nonlinear account of an uncle (Casey Affleck) obliged to return to Boston to care for his recently deceased brothers’ child (Lucas Hedges) is essentially about a man who is utterly, heartbreakingly unsalvageable. It’s also one of the year’s funniest movies. That’s a Lonergan film.

“Moonlight” — This moving story finds an atypical victim in the black America of the ghetto: Chiron, played brilliantly by Alex R. Hibbert, Ashton Sanders and Trevante Rhodes in three stages of Chiron’s tortured youth and young adulthood while struggling to come to terms with his sexuality. Writer and director Barry Jenkins elevates the material by looking beyond the surfaces of prejudice and street life to find their intertwining complexities. Three compelling performances meld into one unified story of lost youth.

“The Light Between Oceans” — Like a melodrama escaped from Hollywood’s studio era, this story of doomed love from Derek Cianfrance (“Blue Valentine” and “The Place Beyond the Pines”) places a damaged World War I vet (Michael Fassbender) literally on an island, where he finds some solace and happiness only to have it washed away again. If you catch it in a theater likely you’ll hear other audience members openly weeping throughout.

“Love & Friendship” — Whit Stillman’s latest probably received the least fanfare of any Jane Austen adaption, which is a shame, because it’s one of the most unusual and enjoyable. Stillman brings his signature sense of humor to bear on the 18th-century wit of Austen, creating one of those love-as-musical-chairs stories where villains and victims abound but all’s well that ends well.

“Weiner-Dog” — All does not end well in a Todd Solondz film, and “Weiner-Dog,” about a peripatetic pup, is no exception. The insanity of the wrongdoing is just part of the fun in this amazing satire.

“The Neon Demon” — Is it being so obvious to be provocative, to make a bigger point, or simply so people get it? That’s difficult to say, but the latest heavily stylized thriller from Nicolas Winding Refn (“Drive”) is never boring in making its points about the fashion world. In his version, it revolves around a beautiful young newcomer (Elle Fanning) who gains the jealousy and ire of her rivals. Bathed in the glow of the gaseous light source of the title, the film is all the more amazing when you consider that Refn is color blind. 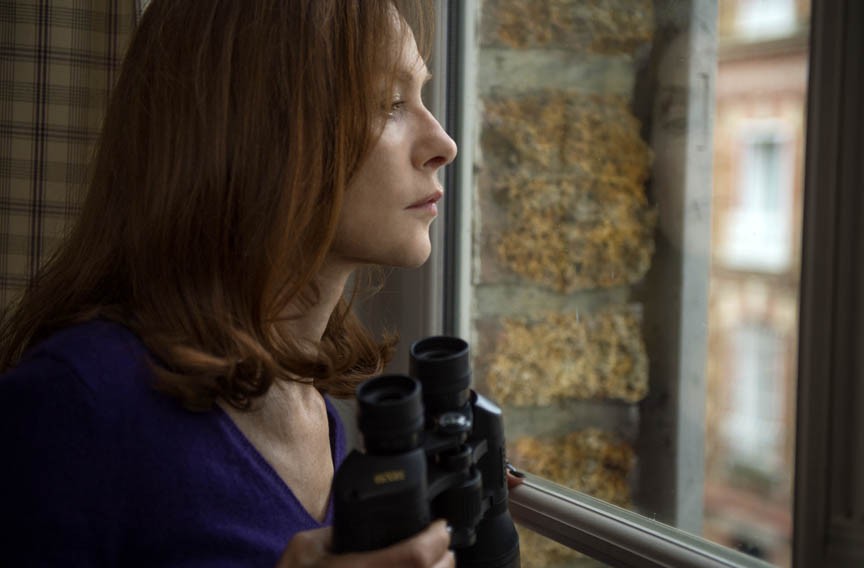 “A Bigger Splash” — Ralph Fiennes tears up the screen in Luca Guadagnino’s exotically set, slow-burning thriller about a rock musician (Tilda Swinton) who has lost her voice, and her ex-husband (Fiennes), who may have lost his mind. Dakota Johnson convincingly plays an obnoxious, scantily clad flibbertigibbet who serves as a potential red herring. Languidly paced but always heading down unexpected roads.

“Author: the JT LeRoy Story” — A strange enough tale to fill at least one documentary, the rise of reclusive author J.T. LeRoy (aka Laura Albert) is recounted in delicious detail, all from the perspective of Albert, who still may be trying to figure out exactly what happened.

Honorable Mentions: “Green Room,” one of the year’s best action thrillers, was sadly one of the last roles for star Anton Yelchin. Tom Ford’s style and Jake Gyllenhaal’s screen presence bring out the best in “Nocturnal Animals.” And “Elle” revels in fascinating people and their grotesque circumstances. S