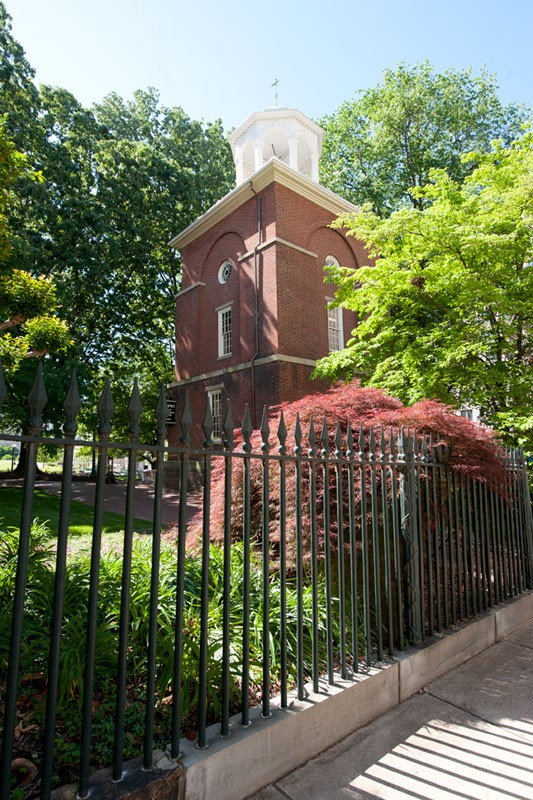 On April 3, 1865, as Martha Pearce Stanard sat stubbornly on her trunk on East Franklin Street, the Union troops who had arrived in Richmond attempted to ring the bells of the Bell Tower to summon the fire department. This was to no avail: Someone had cut the hoses so the units had no working equipment. Later that day Union troops, as they continued to descend upon the city, were given the task of putting out the fires by bucket brigade.

Built on axis with Franklin Street in 1824, the Bell Tower functions today as a visitors' information center.