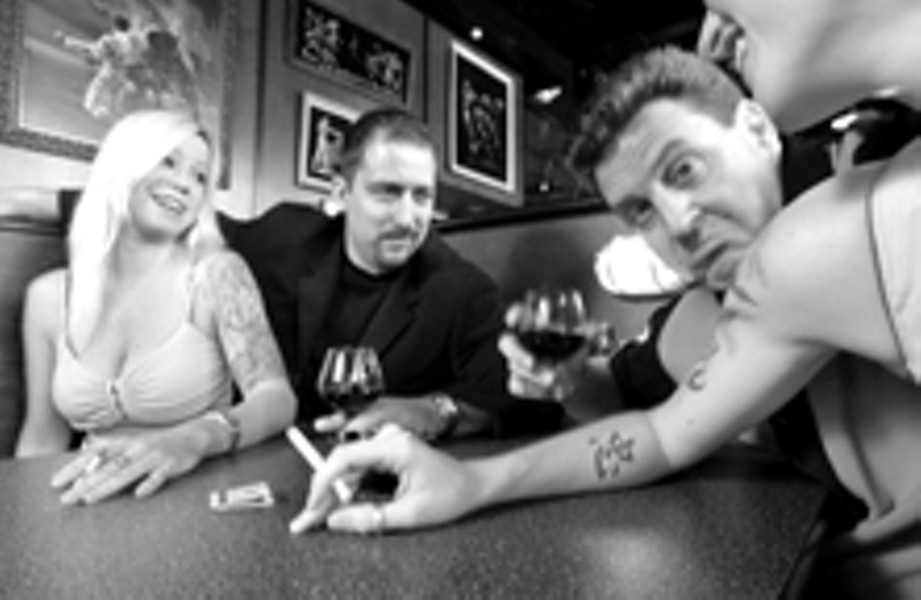 But becoming a success in the restaurant business didn't happen overnight. He started working for restaurants when he was in high school back in Oregon, and since then he has worked every imaginable job in the industry. "I started off as the dishwasher," Lyons says. "Then I was the fry guy and the line cook for a while. I was on the floor waiting tables for a while. Then I was a bartender, and then all of a sudden I was manager and I just figured, well, this is something I'm good at so I might as well keep going."

Lyons gained his real restaurant experience at R.H. Cars, a bar with "light fare" outside of Philadelphia. He quickly moved up the ranks and knew that he wanted to own his own bar/restaurant one day. The problem with opening one in the city of Brotherly Love was the difficulty in getting a liquor license. In Pennsylvania liquor licenses are privately owned and issued in accordance to population. When a license is sold it goes for several hundred thousand dollars, so Lyons knew he had to relocate. He has a brother in Richmond, so he came here and has been working in the local restaurant business for 11 years.

When Lyons joined the Fan Rats soccer team he met Sidewalk Café owner Johnny Giavos. They got to talking about business. Lyons quit his job as general manager at Memphis Bar and Grill in Shockoe Bottom and teamed up with Giavos and former Sidewalk employee Sean McClain to open the original Bandito's in Oregon Hill in 1997. After three successful years, Lyons and McClain bought Giavos out, then two years later moved the restaurant to a bigger spot in the Museum District, where it is today. Along the way, he and McClain, who, Lyons says, "handles all the back-of-the-house stuff," also started popular Fan bar/restaurant Star-lite.

Lyons' experience in the restaurant business means that he knows a good thing when he sees it. When he goes out to eat you can find him at either Stella's or Zeus Gallery. "Both places have excellent atmosphere," he says.