The Allure of the Loaf: Meatloaf Mondays at Dot's Back 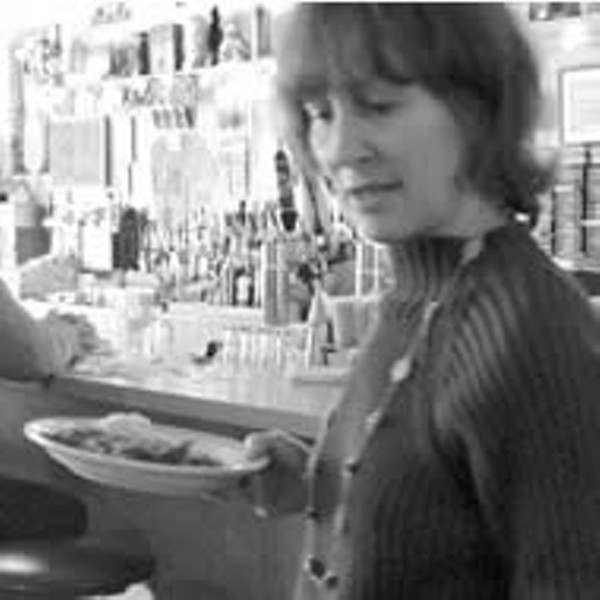 The way the locals hop after the weekly special, it might as well be a hot new offering.

Go figure: on my first trip out I got the equivalent of the Meatloaf Heisman, arriving at noon only to find it already sold-out. This time we arrived at 11:30 a.m. and placed our orders promptly. The dishes appeared instantly, huge slabs of meatloaf, mashed potatoes and gravy, cooked peas and bread — the kind of home-cooked chow you plow though with four fingers wrapped around your fork.

"I can't remember how it started," says Giannini, commenting on her meatloaf's popularity. She opened the place in the fall of 1990 and started Meatloaf Mondays a bit after that. She remembers that Jamie Dickenson, one of the cooks, imported the recipe from somewhere and says many of her customers fuss that she doesn't serve it at night.

"Some [of the cooks] make it spicier," she laughs. "Some people say if it's extra spicy, maybe the cook's still hung over from the weekend."

Joe Gliatto, the chef of this particular loaf du jour, bristles at the suggestion that a hangover dictates the spiciness of his recipe. "I don't drink on Sundays," he says. "If I'm pissed because the Eagles lost, maybe I make it spicier."

Gliatto works to his own beat in the small kitchen, his nest of hair up in a giant do-rag. "You gotta come in early to get it right," Gliatto says. "Basically I put on some thought-tormenting melodies and get to work." Mustard, molasses and garlic go into the homemade BBQ sauce, and onions and carrots sweeten the meat that garners so many repeat customers.

Out in the dining area, Shank Garland and Tracy McCauley share the back booth, both exhibiting bed-head and trading bites of the meatloaf entrée and a kielbasa sandwich. "Getting up early is not an option for us," Garland says, noting that they work restaurant jobs of their own. "But meatloaf is essential. But the worst thing about the meatloaf is it requires a nap afterwards."

They know about the spicy fluctuations from week to week and embrace the surprise. As for the influence of hangovers on the recipe, Garland says, "Well, we know that but we're not going to print that, are we?"

I found C.A. Miller, Lannie Crump and Jack Williams, three parts of a four-man band of regulars, sitting nearby. They've been meatloafing it for what they guess is the last 10 years.

"One day we came in for meatloaf," Miller says, "and after a few weeks we just got in the habit." Williams adds: "Plus we like to look at Cookie." So where was their fourth man? Crump knows: "He's the one who's supposed to pick up the check."