Mandolin madman Sam Bush wants everyone to have a good time. 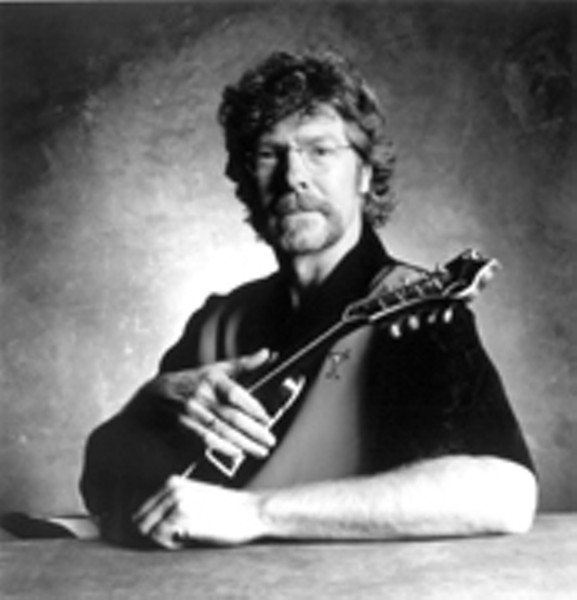 But if Bush was there to help break down the musical barriers, he spreads the credit liberally. After all, Bush says, the bluegrass bands he heard in Kentucky as a kid — the Osborne Brothers, the Country Gentlemen and the Dillards — each added its own twists to a tradition.

“It’s a circle and I’m glad to be in it somewhere,” says Bush, who plays Thursday at Groovin’ in the Garden. “We were playing it the way we felt it. All we did was bring the idea of improvisation and doing extended solos into the realm of bluegrass instruments.”

In addition to playing in those bands and on studio sessions, Bush has released five solo CDs. The most recent one, “King of My World,” again displays his mandolin mastery and his taste for variety. Songs from New Orleans rocker Anders Osborne, Nashville writer Jeff Black, Grand Ole Opry icon Grandpa Jones and world-beat star Johnny Clegg are included alongside Bush’s own tunes. The songs and Bush’s singing convey his upbeat and high-energy approach to life and music.

“Well, it’s often said I’m a positive kind of guy,” Bush says with a drawn-out drawl. “I guess I’m gravitating more to songs that, you know, have a kind of positive statement. We hope that does come across.”

Anyone who’s seen Bush play live knows he’s not kidding about having fun. He’s a man who comes alive when he comes to play.

“It sure beats working on the farm,” he says. “I’m blessed that when the downbeat hits on the bandstand, 95 percent of the time I can forget about everything else. My job is to bring a positive thought to the audience. I just want people to have a good time. I don’t want anyone sitting in my audience to be thinking about the laundry they haven’t done.” S