A new book paints a fuller picture of the late Bishop Walter Sullivan and the crisis facing the Catholic Church. 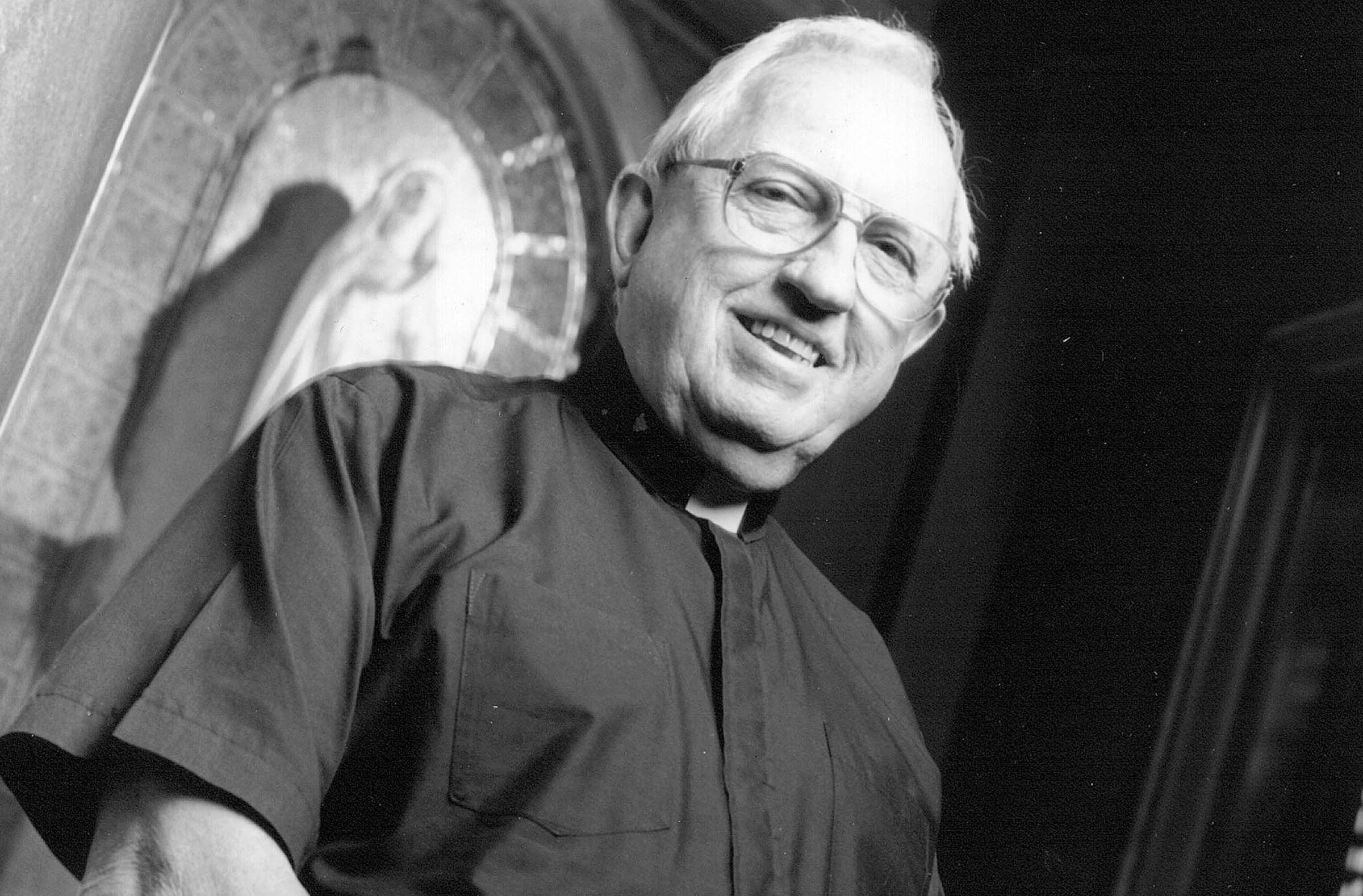 "The irony was that they gave him a steak dinner and he ate it," said Walter F. Sullivan, the late bishop of the Roman Catholic Diocese of Richmond. "Then they electrocuted him. It's a gruesome death. They feel the initial shock, and then it melts their insides. Some smoke was coming out of his shoes."

Such was Sullivan's eyewitness description of the execution of killer Timothy Dale Bunch on Dec. 10, 1992, at the Greensville Correctional Center in Jarratt, about 50 miles south of Richmond. A strong opponent of capital punishment, Sullivan made it a point to witness as many executions as he could. If he couldn't attend in person, the man who led Richmond's Catholics from 1974 to 2003 would be protesting outside, often in ice and snow.

Sullivan, who died Dec. 11 at age 84, was incensed that former Gov. Mills E. Godwin Jr. took to executions with relish after the Supreme Court reinstituted the death penalty in 1976. Since then, Virginia has put to death 110 convicts, giving it a rank of No. 2 in the country after Texas.

For Sullivan, life was sacrosanct whether it belonged to a fetus being prepped for abortion or an ex-Marine such as Bunch who shot a Dale City woman in the head and then hung her with a scarf.

Sullivan's strong sense of social justice pushed him to oppose racism, hunger and war. He visited Haiti, Nicaragua and El Salvador and led Pax Christi U.S.A., a national peace group. He was an advocate for the poor, the elderly, non-Catholics, women, blacks, Latinos and gays, according to a new and favorable biography by veteran author Phyllis Theroux titled "The Good Bishop: the Life of Walter F. Sullivan," published in May by Orbis Books, a Catholic-owned printing house. 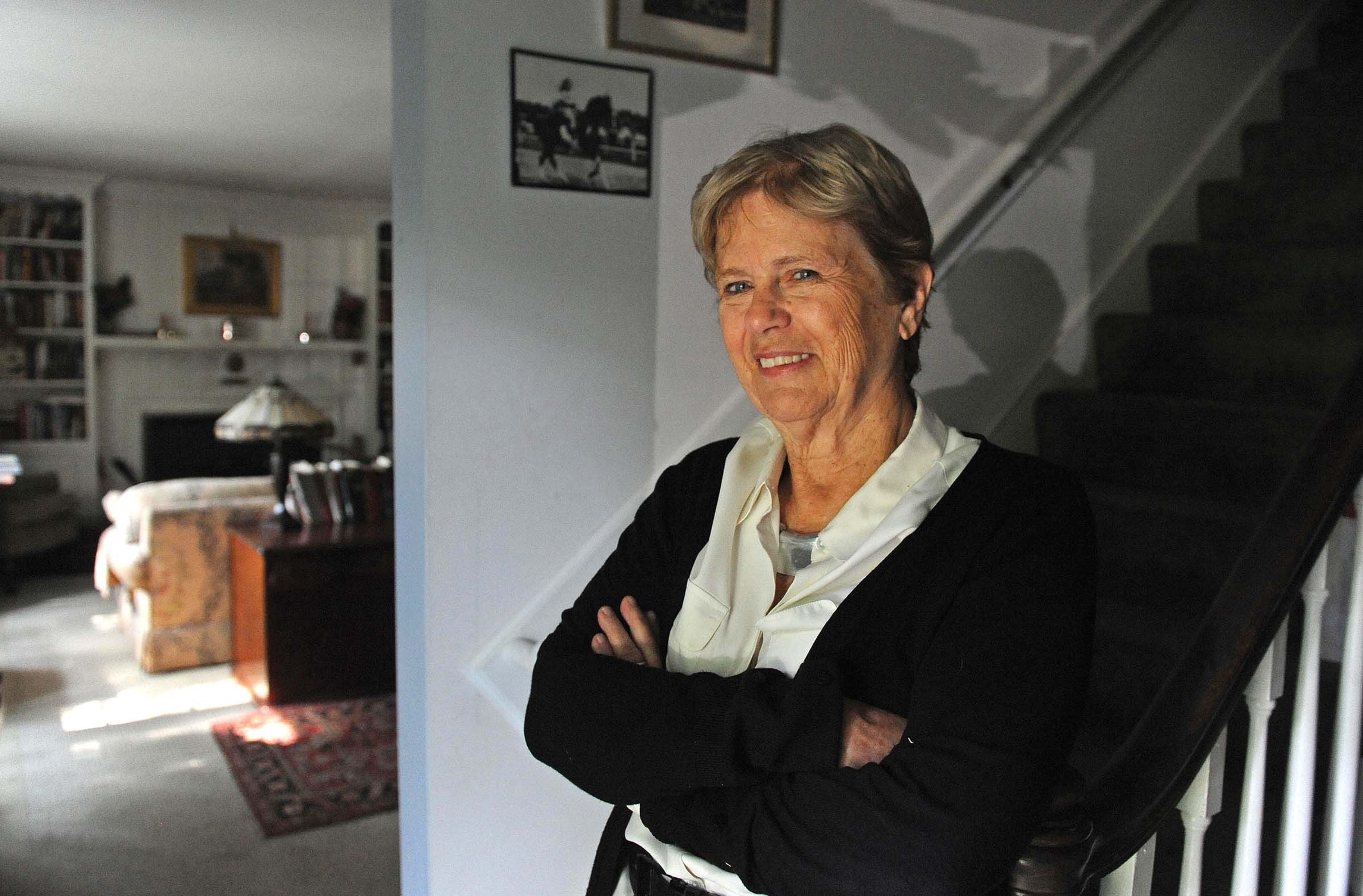 Ideas like these don't go down well in a tradition-bound state like Virginia, where Sullivan's diocese spread from the watery Eastern Shore to the western coal fields. In the region, the power elite jealously guards its privileges, regardless of what the Gospel teaches.

Theroux has a sharp eye for church politics. "Today, Catholic bishops are seen primarily as enforcers of church doctrine," she writes, "particularly on abortion and contraception. If a poll were taken, they would be far less popular than Catholic nuns who have been mostly silent on those issues while working unheralded among the poor, who are most in need of social justice."

Sullivan was a big exception. He rattled so many cages that he was a constant target of the hard-right editorial writers of the defunct Richmond News Leader. The Times-Dispatch also was so critical of the bishop that some 800 supporters once bought a full-page advertisement in both newspapers just to respond to an editorial attacking him. Traditional Catholics deluged the Vatican with letters urging his removal. He won favorable coverage in such unusual outlets as Rolling Stone magazine. Because of Sullivan's activism, Richmond became a hot go-to spot for priests leaving seminary training.

Perhaps Sullivan's ultimate first strike involved the military that saturates Virginia with bases, airfields, retirees and contractors. During the early days of Ronald Reagan's defense buildup in 1981, Sullivan had the temerity to challenge U.S. nuclear doctrine. Preaching before a well-do-to parish near Oceana Naval Air Station in Virginia Beach, Sullivan attacked the nuclear weapons industry. According to Theroux, he declared that "one of the best-kept secrets of Catholicism" is its condemnation of nuclear weapons and the idea that it is "immoral to be associated with making them."

Theroux's highly readable book and the subject matter are important for how they explain the fundamental controversies facing the church. The institution is struggling after a period of traditional retrenchment. It was part of the backlash against the Vatican II reforms in the 1960s that tried to liberalize the church's philosophy and liturgy. If his recent opening to gay Catholics is an indication, Pope Francis, the new church leader from Brazil, may be more modern thinking than his recent predecessors.

Could it lead to a Vatican III? "One can only wish," Theroux says, sitting in her tidy, book-lined office behind her home near downtown Ashland. She thumbs over the newspaper-page printouts of the highly controversial man she spent two years studying. "I had to work very hard on the book because I knew he might die at any time," she says.

Theroux, the mother of Hollywood actor Justin Theroux and a former San Franciscan who has revolved between the Catholic and Episcopal faiths, didn't ask for the job writing about Sullivan. The author of "California and Other States of Mind" and "The Book of Eulogies" had just published "The Journal Keeper" when Fletcher Lowe, a retired Episcopal priest, asked her if she might be interested in writing an oral history of Sullivan.

Yes, said the woman who has lived in Ashland since the 1980s and for a while commuted from there to Washington to be an essayist on PBS's "The News Hour." She started meeting with the ailing Sullivan at his favorite restaurant, Aunt Sarah's Pancake House on West Broad Street.

Sullivan had two big upsets. One was an investigation of him ordered by the Vatican. It came at the time of Pope John Paul II, the former Bishop Karol Wojtyla of Poland, who became a rock-star church leader in 1978. In reality, the Pope was a hard-line traditionalist who wanted to keep doctrine and Vatican control strict. Plus, he was a staunch anti-Communist. An apostolic examiner, or investigator, was soon on his way to Richmond "to clarify objectively questions which have arisen concerning both doctrine and discipline."

The humiliating probe ended without punitive action, but Sullivan soon would confront a much bigger problem. In recent years, some 15 priests in the Richmond Diocese — eight during Sullivan's term — were accused of sexual abuse. Most asked forgiveness, got some kind of treatment and moved to other jobs. One priest, John Hesch, killed himself after a man who accused him of molesting him at the Sacred Heart-St. Augustine's School in South Richmond, committed suicide.

Theroux writes that Sullivan didn't do enough to deal with the sex abuse issues, such as involve law enforcement quickly. She says there was a "disconnect" between the "outstanding pastoral aspects of Bishop Sullivan's ministry and his less-than-stellar treatment of sexual abuse cases."

Even today, Sullivan is controversial. Theroux says the Richmond Diocese, now headed by the far more conservative Bishop Francis X. DiLorenzo, who has rolled back many of Sullivan's initiatives such as outreach programs to gays, women and non-Catholics, has been cool to her book. Copies are difficult to find in Catholic parishes. The Catholic Virginian, a diocesan newspaper, declined to run ads for the work, Theroux says.

Asked about the matter, Steve Neill, editor of the Catholic Virginian, is quick to note that Theroux's "book was not authorized by the Diocese," but that it was not opposed to it. Diocesan spokeswoman Diana Sims Snider says that the church supported Theroux by giving her extensive "access to our archivist" and other help.

In his last days, Sullivan was visited by a steady stream of well-wishers, including parishioners, nuns, priests and convicts. His death from inoperable liver cancer was noted nationally and his funeral at the Cathedral of the Sacred Heart off Monroe Park was packed. Even the Times-Dispatch wrote a glowing editorial about the Good Bishop. S

Phyllis Theroux will be available at a book signing at Book People, 536 Granite Ave., on Saturday, Sept. 7, from 11 a.m. to noon.