The Rev. Joe Ellison Jr. says he hasn’t had a chance to share his story. But what is at stake, he can’t put into words. 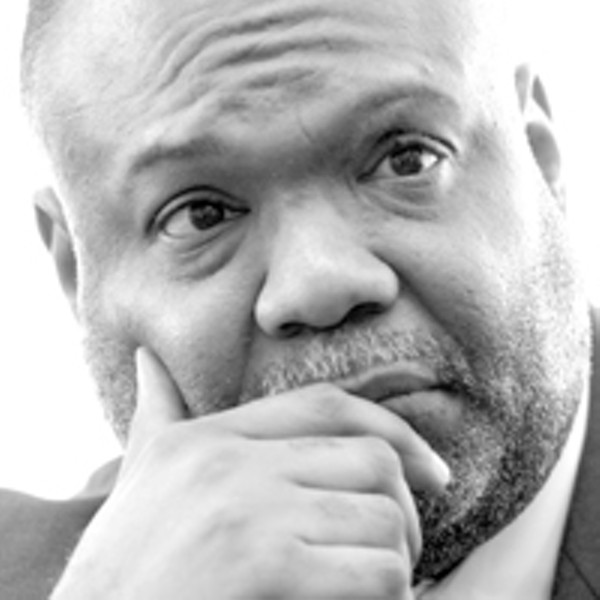 But now, Ellison is in trouble and could stand to lose it all. Recently news broke that Ellison, 42, has been the subject of a criminal investigation by the Henrico County Police Department. According to Carl Mueller, a spokesman for the police, the county’s Department of Social Services prompted the probe.

After more than a month’s investigation, Ellison was charged Dec. 17 with four counts of taking indecent liberties with a child and one count of aggravated sexual battery. All five are felony charges. Ellison is free on bond. A preliminary hearing is set for Feb. 23 in Henrico County Juvenile and Domestic Relations Court.

According to Henrico police, the alleged victim is a 16-year-old girl who has been in the Ellisons’ custody for four years. The allegations span a four-year time frame and indicate the incidents occurred in the Ellisons’ home. Area TV stations and Style Weekly reported in 1999 on the troubling circumstances that led the girl to the Ellison’s care.

Today the Ellisons say they don’t know the girl’s whereabouts. Meantime, authorities are saying little about the case and, because the individual making the allegations is a minor, the Ellisons have had to remain tight-lipped, too. What’s more, Ellison’s work as a pastor in a high-crime area has lead to close collaboration with such county departments such as the police and social services, so the Henrico County Commonwealth’s Attorney’s office has recused itself. Duncan Mitten, a special prosecutor from Chesterfield County, has been called in.

When contacted last week about the case, Mitten said he had only just received the file. He declined to say whether he’s confident about his chances of winning, but said he wouldn’t prosecute a case without merit. Because of the nature of the allegations, Ellison’s visibility and his reputation as a community leader, the case is equally sensitive and significant, Mitten said. “It’s extremely important to hold public figures to the same standards” as anyone else, he said. “The law is blind to who you are.”

Along with maintaining his innocence, Ellison says he’s in a kind of purgatory, shaken and confused, but resolute. Style met with the Ellisons and their attorney, Michael Herring, to discuss what little they can about how a self-professed man of God and community leader winds up in a place like this.

“When I was charged, for two weeks I felt I was being strung along,” Joe Ellison said. “I was hoping that [the police investigator] would have given me the chance to come in and share my side of the story. … When we got the warrant from social services to have [the individual] removed, that’s when I read the allegations about fondling her body, and I was blown away.”

Ellison said he’s cooperated with police and turned himself in Dec. 19.

Nevertheless, Herring is preparing his client. Ellison leans forward, stretches his ample arms across the conference table and closes his hands together. He looks serious.

Herring begins questioning Ellison in a way that, by now, must be familiar. “Since the original stories about you adopting a female foster child or godchild, have there been any allegations made against you as a foster parent? By that child or any other child?” asks Herring.

“By any parent?” Herring asks.

Ellison shakes his head, no.

“By any member of your congregation?” Herring poses. Ellison shakes his head – again, no.

“Had any complaint come to your attention by the county, and I mean social services?” Herring asks.

“How about the police department? Had any complaint come to you from a schoolteacher or school administrator?” Herring asks.

“So was December the first that you learned that somebody had a problem with the way you were interacting with …” Herring begins.

Ellison interrupts: “Never in the 25 years I’ve been in the ministry.”

Where Ellison and Herring appear defensive, Kendra Ellison appears taciturn, wounded even. Until asked what she’s going through.

“As a wife I just have to be strong for the both of us because this bears heavy on his mind, and he gets depressed,” she says. Frequently Ellison reaches out for his wife’s hand and clutches it. “As a day-care director, I just have to continue to reassure the parents that these allegations don’t affect it. Nothing has ever happened at the day care, and they’ll continue to get the same service they’ve always received.” She says the outpouring of support — cards and phone calls — has been invaluable, and if there are doubters out there, they have remained quiet. Still, the pain on her face is unmistakable.

But his life and his efforts have been put on hold. He says the investigation has prevented him from going to Washington, D.C., to ask for money to create a local commission to study gangs. “Ninety-four murders in our city last year; 25 in Henrico County,” he says impassioned, shaking his head in disgust. “And here I am right now on somewhat of a trial. I should be out on the streets trying to diffuse these gangs.”

What’s more, he says, he and his wife run a day care with children who have been abused or sexually molested, and as a result, they are ultra sensitive to any signs of it.

“The only thing I’m guilty of, my wife will tell you, is being na‹ve, loving too much.” Ellison said. “You open your heart, you open your home, and then this will happen. If I had to do it over again, yes, I would. However, I would put in place more preventive measures,” he says. And that means no more foster kids. “We’re through with that,” he says, adding: “This has taken me to a level where I don’t trust; I’ve got to ask God to help me.”

Children routinely live with the Ellisons. The Ellisons continue to have two foster sons in their care, and the allegations have been difficult for them, the couple says. “We’ve had over 25 kids over the last seven years stay at our home at one time or another,” Jo Ellison points out. He’s as firm on affection, he says, as he is on discipline. “I will not apologize for my tough-love stand and to some people, it’s unorthodox,” he says.

“The only thing I’m guilty of is horseplay. What is horseplay? Pillow fights. When I come home, some of them I put in a headlock, we wrestle on the floor. But never have I touched any boy or girl inappropriately,” he says.

The pastor recognizes that even if he’s found innocent, the stigma of the investigation could stick. Yet he appears assured. “When these charges are clear I expect to go right back there and to do the same thing even more powerful,” he says. S