Go private, or take the money and run? A breakdown of expressway politics. 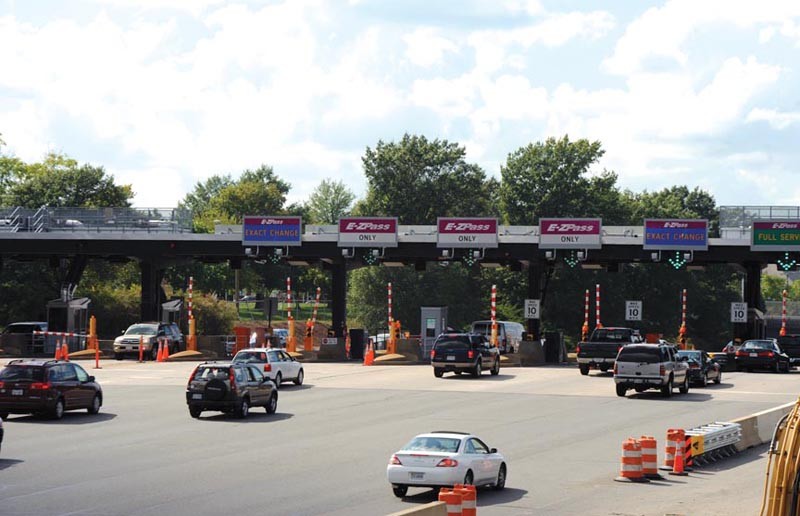 Which way will the windfall blow?

A showdown of sorts is looming for the Richmond Metropolitan Authority, Mayor Dwight Jones and a recently emboldened City Council. The mayor’s much-talked about $62 million deal with the RMA has in recent weeks shifted from an easy payday to a political referendum of sorts. As the authority’s board of directors prepares to vote on the deal Tuesday, questions abound.

At the heart of the debate are some basic public policy questions: Is the city passing up an opportunity to privatize the road, potentially netting hundreds of millions? Can the public sector or private sector better maintain and manage the roadway? And what happens if the private sector takes over the expressway? Would private investors gouge residents of Chesterfield County, who represent more than 60 percent of the traffic on the Downtown Expressway and Powhite Parkway, with hefty toll increases?

And, of course, the debate is steeped in local regional politics. Jones, after three years in office, needs some political capital heading into an election year. The mayor is also concerned that if the city took over the roadway -- it’s currently scheduled to revert to city ownership in 2022 -- or pressed for privatization, it could seriously damage regional cooperation efforts.

By taking the $62 million now, is the Jones administration selling the expressway system, and city taxpayers, short?

The toll road, according to transportation experts, would likely net between $300 million and $500 million in a leasing arrangement with private investors, depending on the length and terms of the lease deal, or concession. Leasing toll roads to the private sector has become a popular trend in the last few years. Indiana sold a toll road for $3.8 billion; Chicago netted $1.83 billion for the Chicago Skyway. Most recently, Puerto Rico generated $1.08 billion in a similar toll road deal with private investors.

Make no mistake, the city has this option. Richmond’s mayor appoints six of the authority’s 11-member board of directors, giving Richmond a majority. The reason the idea has gained urgency is this: If the authority votes on Tuesday to pay Richmond back its $62 million -- the debt, plus interest, stems from loans the city made to the authority in the early 1970s -- the city wouldn’t gain ownership of the roadway until at least 2041. The $62 million is part of bigger bond issue, about $200 million, the authority is planning to refinance existing debt and generate capital for repairs and maintenance.

The RMA has the authority to issue bonds without the city’s approval. But it’s been operating for years with the goal of paying off the debt on the roadway by 2022, at which time the city would gain ownership of the expressway system.

Still, the city doesn’t have to wait. The expressway system could be privatized now. Even with its existing debt, sources tell Style Weekly the road generates enough revenue, and income, to be extremely attractive to private investors. The expressway system generates $35 million a year in toll revenue, and after expenses nets between $7 million and $10 million. And it has been around awhile, which makes traffic projections for the future much more stable.

“They are good investments long term,” says Robert W. Poole, director of transportation policy at the Reason Foundation, says of toll roads. “They are sort of like utility stocks and bonds. They are also the kinds of things that pension funds like to invest in … especially [toll roads] that have a long traffic history. It’s a reasonably sure bet.”

But there are political concerns. First, Jones doesn’t want the city to be seen as profiting from a deal on the backs of commuters. More than 60 percent of the expressway’s traffic comes from Chesterfield County, which has a long history of holding the city in contempt. At various points over the years, there have been attempts to take away some of the city’s seats on the authority’s board for this very reason: Since the county pays a disproportionate amount of tolls, it should be allowed more equal representation on the board.

Politically, the city has resisted state efforts to commandeer its board seats with a potent argument: Richmond, and Richmond alone, put up the land for the Downtown Expressway and Powhite Parkway (not to confuse the Powhite extension, which is owned by the Virginia Department of Transportation, and extends beyond Chippenham Parkway for about 10 miles). Hundreds of families were displaced for the road, along with businesses, and it was the city that put up the money in the early going when the tolls weren’t enough to cover expenses.

Some, however, are concerned that if the mayor and the RMA strike their deal, there could be a new push in the statehouse for the counties to have equal representation. And once the city gets its money back -- reparations of sorts -- it will be far more difficult to push back.

“The minute the city of Richmond receives that subordinate debt [the $62 million], I will be my last dollar that the General Assembly will change the composition of the board,” says City Councilman Bruce Tyler. “The only argument we have is that it’s all in the city of Richmond. I wasn’t born yesterday.”

It’s kind of a damned if you do, damned it you don’t scenario. But there maybe a solution, one that appeases everyone. What if the city, along with support from Chesterfield, pushed to privatize the road and used the proceeds for a regional infrastructure project? Such a scenario could work like this: For about $300 million, private investors would enter into a 30- or 40-year leasing arrangement with the either the RMA or the city, taking over management of the roadway and the existing debt. The deal would include the city’s $62 million, and another $100 million that could be divvied up between the city and surrounding jurisdictions.

But that means tolls would increase -- maybe a lot. All concession deals allow private investors to raise tolls, usually annually. The RMA’s Berry is fond of pointing to Pocahontas Parkway, the state’s first road constructed under the Public Private Transportation Act. It nearly defaulted a few years ago, and so the state struck a deal with an Australian company, which now operates the road and is allowed to raise tolls. Today, tolls are $3.

“There is a public accountability to an organization like the RMA as opposed to a privately held facility, and whose principle objective is to maximize profit,” Berry explains. “Our objective is not to maximize profit. It’s to try to bring a balance to providing a well-maintained public asset that’s to the benefit of everybody at the lowest possible cost.”

David P. Rose, senior vice president at Davenport & Co., the city’s financial adviser, fired off a politically tinged assessment to Chief Administrative Officer Byron Marshall last week: “Unfortunately, there is no silver bullet when a local government sells a revenue producing asset,” Rose writes. “Selling or leasing the system would simply result in higher toll rates over the next 20-30 years for a one time, up-front payment to today’s politicians.”

Rose writes that private investors likely will raise tolls to guarantee “double-digit” returns to private equity investors, which will simply be passed on to “unwitting citizens of tomorrow.”

Privatization, however, doesn’t necessarily mean giant toll increases. The more recent deals typically allow private operators to raise tolls based on the inflation rate, plus a certain percentage, say 1.5 percent. But those toll hikes are negotiated up front, and existing toll roads with healthy net income -- such as Richmond’s expressway system -- have plenty of leverage to negotiate more conservative annual toll increases.

“I wouldn’t assume that it would be huge, outrageous tolls,” says Poole of the Reason Foundation. “In today’s investment environment, I’m not sure a double-digit return would be required on a mature toll road like this one. … There’s a lot of bargaining power on the public sector side, given that it’s not a risky startup like the Pocahontas Parkway.”

Of course, it’s also not a given that the city’s regional partners will be willing participants even if there’s money, such as $100 million, to divvy up. Jay Stegmaier, Chesterfield County Manager, says asking commuters to foot the bill for something other than maintaining the road will be politically difficult.

“You would be charging the people who pay the tolls $100 million more than what’s needed to maintain the road,” Stegmaier points out. “If you are going to put $100 million into a regional facility fund, is the best way to get that $100 million to charge tolls on a highway? Or should you get it from some other source, and not just those who happen to use the toll roads?”

It’s also important to maintain some perspective. Nobody is yet advocating for a specific deal, and to date the loudest critics -- namely Tyler and fellow City Councilman Marty Jewell -- are simply asking to take a breather and consider the option of privatization.

To date, the Jones administration has simply refused to look into it. Jones has insisted the city’s taking control of the roadway, or striking a deal with private investors, would seriously undercut regional cooperation. And to be fair, the RMA isn’t interested in exploring options to put itself out of business.

“I ain’t going to do that analysis,” Berry says. “The city has to do its own analysis. The RMA can’t do it for them.”

The authority is a political subdivision of the state, and has a specific charge to maintain and operate the expressway system.

Former City Council president and mayoral candidate Bill Pantele says privatization simply needs a long look. In a letter addressed to the RMA’s Berry on Oct. 7, Pantele pointed out that a similar proposal had been presented to the city in 2003 and was “summarily rejected by City Council.

“The linchpin of that decision was the inexcusable absence of an independent market valuation of the Downtown Expressway System cash flows that ultimately will belong to the City. Without a solid report on the values, any decision of that magnitude was judged to be irresponsible.”

Richmond is in a fortunate position, Poole says. That expertise can be found a few blocks away, at the Virginia Department of Transportation. “Virginia is one of the top three states using public-private partnerships,” Poole says. “They could go to VDOT and ask for their recommendation.”

There are consulting companies readily available to conduct feasibility studies that would help establish the expressway system’s potential worth, such as the Infrastructure Management Group in Bethesda, Md., Poole says. It might cost $100,000, and take five or six months – but considering the potential payoff it’s well worth investigating.

During Monday’s City Council meeting, the lack of any kind of study into the options led to a heated debate. Despite resistance from other members, including City Council President Kathy Graziano, Jewell insisted that the city’s legislative body weigh in.

“We don’t lose anything if we put this off for six months,” Jewell harped. “But [the RMA] represented to us -- we got to do it now. Hurry up and sign or you are to lose the deal of your life. It’s crazy.” The authority has insisted it must act now, or it may lose the opportunity to float bonds with extraordinarily low interest rates. Except there’s no indication that interest rates are going to rise anytime soon. “Interest rates are not going up when they are already at zero,” Jewell continued. “If the Federal Reserve could find a way to get minus zero, they’d do it.”

Tyler agrees. It’s why he supported council’s decision to hold a special meeting Monday morning, Oct. 17, to decide whether to take a position on the $62 million deal.

“My whole point is there is an opportunity here that needs to be explored,” Tyler says, scoffing at the city administration’s refusal to explore the alternatives. “They don’t want to do their homework. They want this to become Dwight Jones’ re-election campaign fund.”